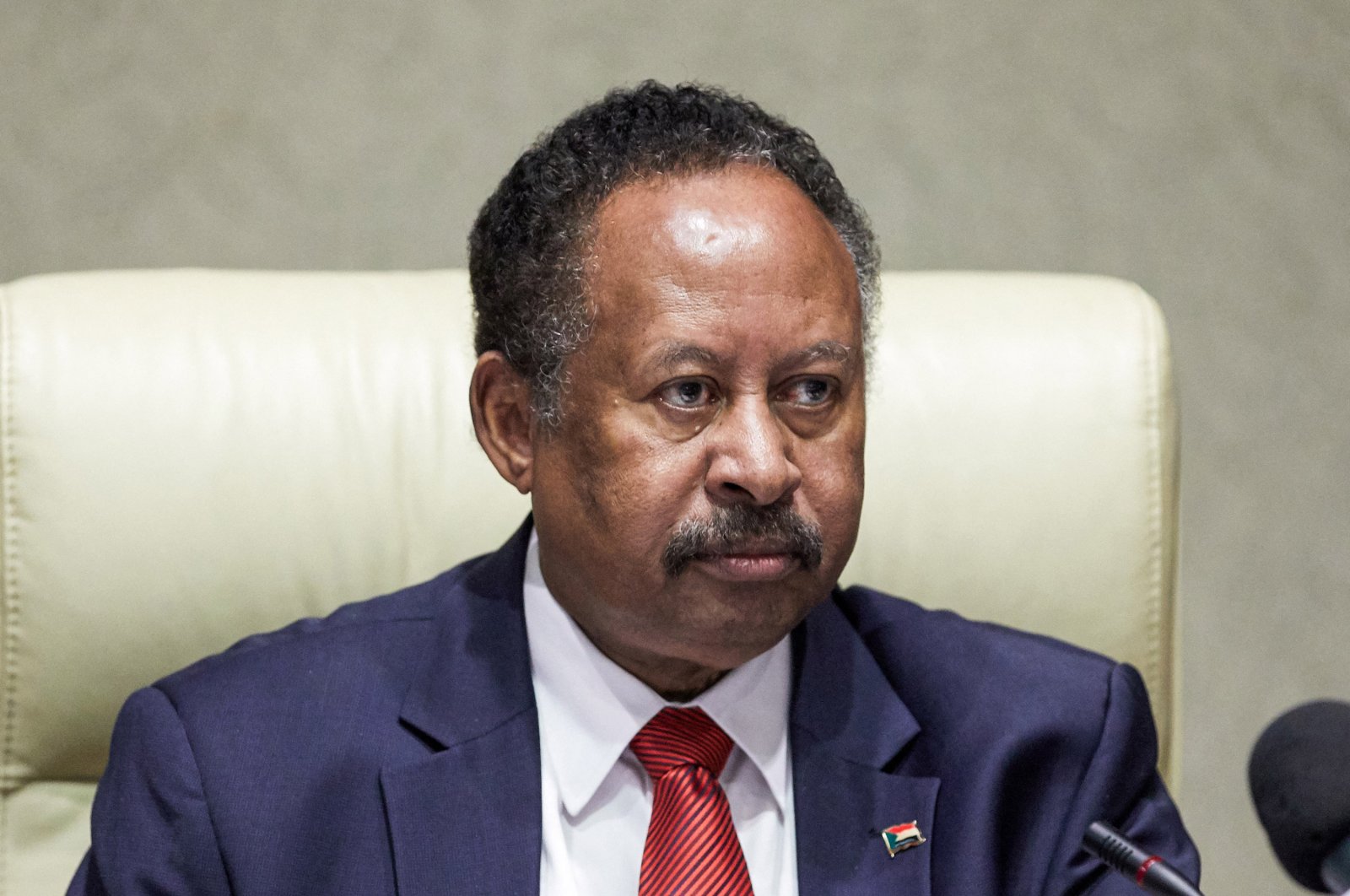 Sudan's ousted Prime Minister Abdalla Hamdok said Monday the reinstatement of his government, dissolved in a military coup, could pave the way to a solution in the country, the information ministry said.

Hamdok spoke during a meeting at his home, where he is under effective house arrest, with the ambassadors of the United States, Britain and Norway, the ministry which remains loyal to the prime minister said.

On Oct. 25, Sudan's top general Abdel-Fattah al-Burhan dissolved the Cabinet as well as the ruling joint military-civilian Sovereign Council which had been heading Sudan's transition towards full civilian rule following the 2019 overthrow of Omar al-Bashir. In a move widely condemned internationally, al-Burhan declared a state of emergency and detained Sudan's civilian leadership, including Hamdok and members of his government.

Hamdok, an international economist, was later released and placed effectively under house arrest. The ousted prime minister "insisted on the legitimacy of his government and transitional institutions," the information ministry said on its Facebook page. He added that "the release of the cabinet ministers and the full reinstatement of the government could pave the way to a solution," the ministry said. Hamdok, according to the statement, demanded that the situation in Sudan return to what it was before the coup, refusing to negotiate with the military rulers.

The statement added that the three ambassadors also informed Hamdok that the U.S. special envoy for the Horn of Africa, Jeffrey Feltman, would arrive at dawn Tuesday in Khartoum "to pursue efforts to ease the crisis."

Earlier Monday a Sudanese lawyer representing the detained civilian leaders said their whereabouts are unknown and that they are in a "dangerous legal situation." Kamal al-Gizouli is the lead defense lawyer on a team of attorneys who have come forward to represent them with the backing of their families.

Gizouli said his team went to an agency "where they were believed to have been held but we found that they were not there."

Gizouli expressed concern about the well-being of the detainees and called on those holding them to reveal their location. "These detainees are in the most dangerous legal situation" since nothing was known about their case nor who was heading the investigation, he added.

Little is known about the whereabouts of his Cabinet and the members of the council that had been tasked with paving the way to full civilian rule. Burhan had since August 2019 chaired the council, working alongside Hamdok's government under a power-sharing deal that outlined the post-al-Bashir transition.

The arrangement came under strain, however, as splits deepened between the civilians and the military. Jonas Horner, senior analyst for Sudan at International Crisis Group (ICG) think tank, speaking to Agence France-Presse (AFP) earlier Monday, said Hamdok will "find that his political cache has been boosted" by recent events, "and that he is in fact strengthened from what was a relatively weak position previously."

Horner cited, for example, Hamdok's "principled stance" prior to the putsch in refusing to dissolve his government. In a news conference last week, al-Burhan defended the military's takeover, saying it was "not a coup" but a move to "rectify the course of the transition."

The general also said the detainees were being kept in "a decent place" and that those facing charges "will be moved to where the accused are usually taken while the rest will be released."

Sudanese and international efforts have been made to mediate a way out of the crisis since the coup.

"We call on all sides mediating to resolve the crisis to demand that the whereabouts of these ministers and politicians be known," said Gizouli.

On Sunday, the U.N. special representative to Sudan, Volker Perthes, said options for mediation have been discussed with Hamdok and other Sudanese stakeholders.