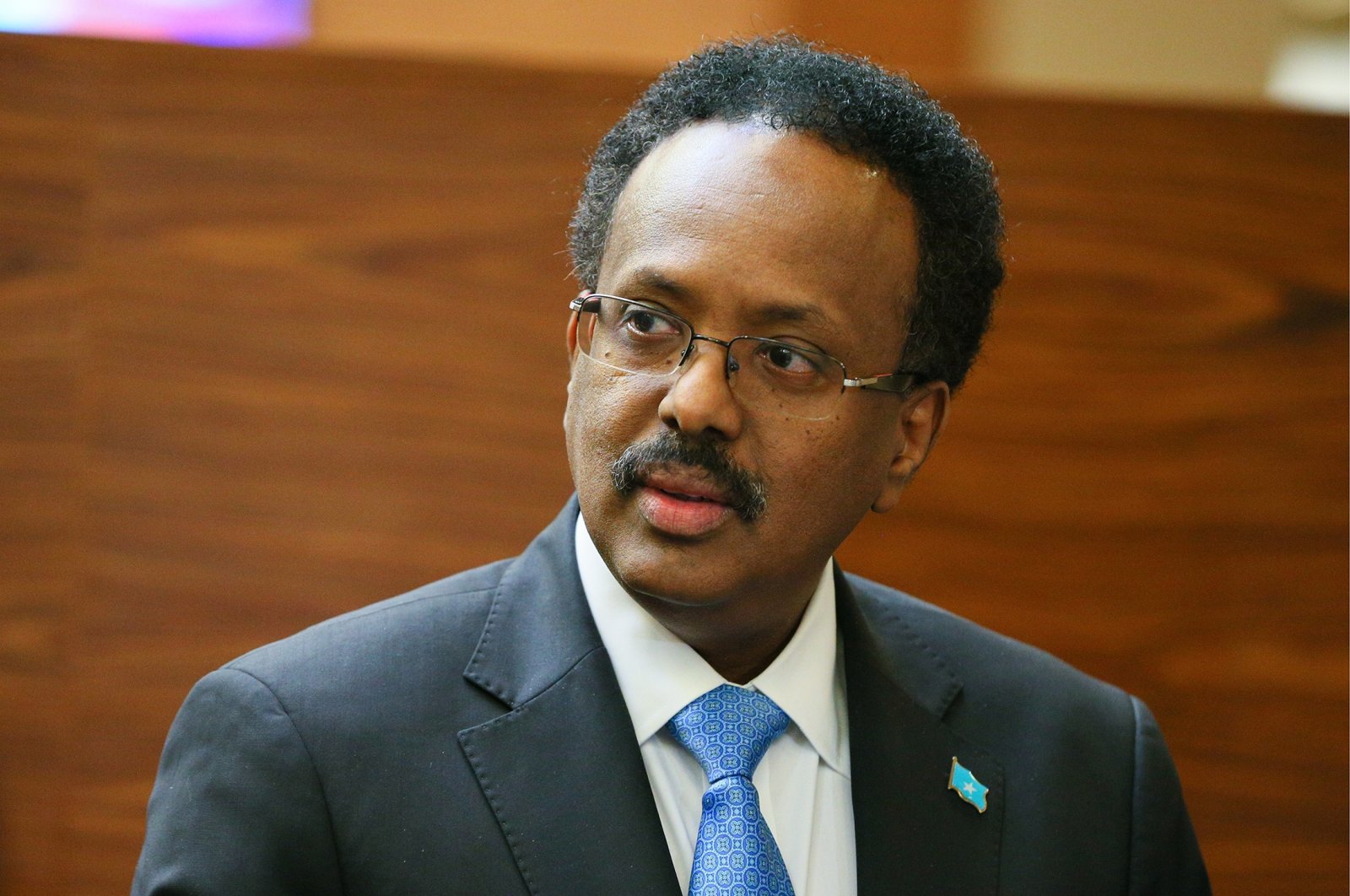 Somali President Mohamed Abdullahi Mohamed, commonly known as Farmajo, announced on Thursday he had withdrawn the powers of Prime Minister Mohamed Hussein Roble, in the latest development in a bitter row that has plunged the country into a fresh crisis.

"The prime minister has violated the transitional constitution, so his executive powers are withdrawn ... especially his powers to remove and to appoint officials, until the election is completed," the office of the president said in a statement.

The very public feud between Farmajo and Roble escalated on Wednesday when Prime Minister Roble fired the country's security minister and replaced him with the president's critic.

The speaker of Somali's parliament, Mohamed Mursal, said in a statement that Roble's actions were "in violation of the clearly separated powers of government agencies."

He urged the prime minister to "carefully contemplate on this issue while giving special consideration to the political stability and the law-and-order system" of the country.

The prime minister attended a swearing-in ceremony Thursday for the new minister, Abdullahi Mohamed Nur, pressing ahead despite Farmajo declaring his elevation invalid.

It was the second time the pair clashed in recent days over hires and firings within Somali security agencies, raising fears of an all-out power struggle at the highest levels of government.

Earlier this week, Roble sacked the head of Somalia's National Intelligence and Security Agency (NISA) over his handling of a high-profile inquiry into the disappearance of a young intelligence agent.

Farmajo said the sacking was "illegal and unconstitutional" and overruled his prime minister, naming someone else to the top job and appointing the dumped intelligence chief as his national security adviser.

Roble accused Farmajo of "obstructing" the investigation into the missing spy and warned that interference in Somali's justice agencies posed a "dangerous existential threat" to the country.

The spat has raised the political temperature in Mogadishu and fears of violence, with military units close to Farmajo's office seen stationed outside NISA headquarters on Wednesday.

"It is our country and security that matters; it is the election and our unity that matters. We don't want to create fear, and people should not panic because our security forces are able to ensure stability in the country," he said.

This week journalists at state-run media outlets reported being instructed not to broadcast messages from Farmajo, whose four-year mandate expired in February.

"We have been told by the minister to stop reporting on matters from the president's office related to the political conflict," a staffer at the Ministry of Information told Agence France-Presse (AFP) on condition of anonymity.

A Swedish-trained civil engineer and political newcomer, Roble was appointed prime minister by Farmajo in September last year after his predecessor was ousted in a parliamentary no-confidence vote. But the two men have clashed often, with the row threatening to throw an already fragile electoral process into deeper peril.

The international community has encouraged both leaders to focus on the elections, which are already months behind schedule.

"We urge Somali leaders to de-escalate the political confrontation surrounding this investigation and, in particular, avoid any actions that could lead to violence," said a statement issued Tuesday by the United Nations Assistance Mission in Somalia.

Farmajo's mandate was extended by parliament in April, setting off deadly gun battles in the streets of Mogadishu, with some rivals viewing it as a flagrant power grab.

Roble was appointed to ease the political tensions and deliver elections, and a new timetable to a vote was cobbled together.

But the process fell behind, and Roble has accused Farmajo of trying to reclaim "election and security responsibilities" from him.

Elections in Somalia follow a complex indirect model, whereby state legislatures and clan delegates pick lawmakers for the national parliament, who in turn choose the president. The next phase is scheduled between Oct. 1 and Nov. 25.

Analysts say the election impasse has distracted from Somalia's larger problems, most notably the violent al-Shabab insurgency. The al-Qaida allies were driven out of Mogadishu a decade ago but retain control of swathes of countryside and continue to stage deadly attacks in the capital and elsewhere.

Last week, the NISA said the intelligence officer abducted near her home in June was killed by extremists. But al-Shabab denied any role in the disappearance of 25-year-old Ikran Tahlil, whose family has accused the NISA of murdering her.