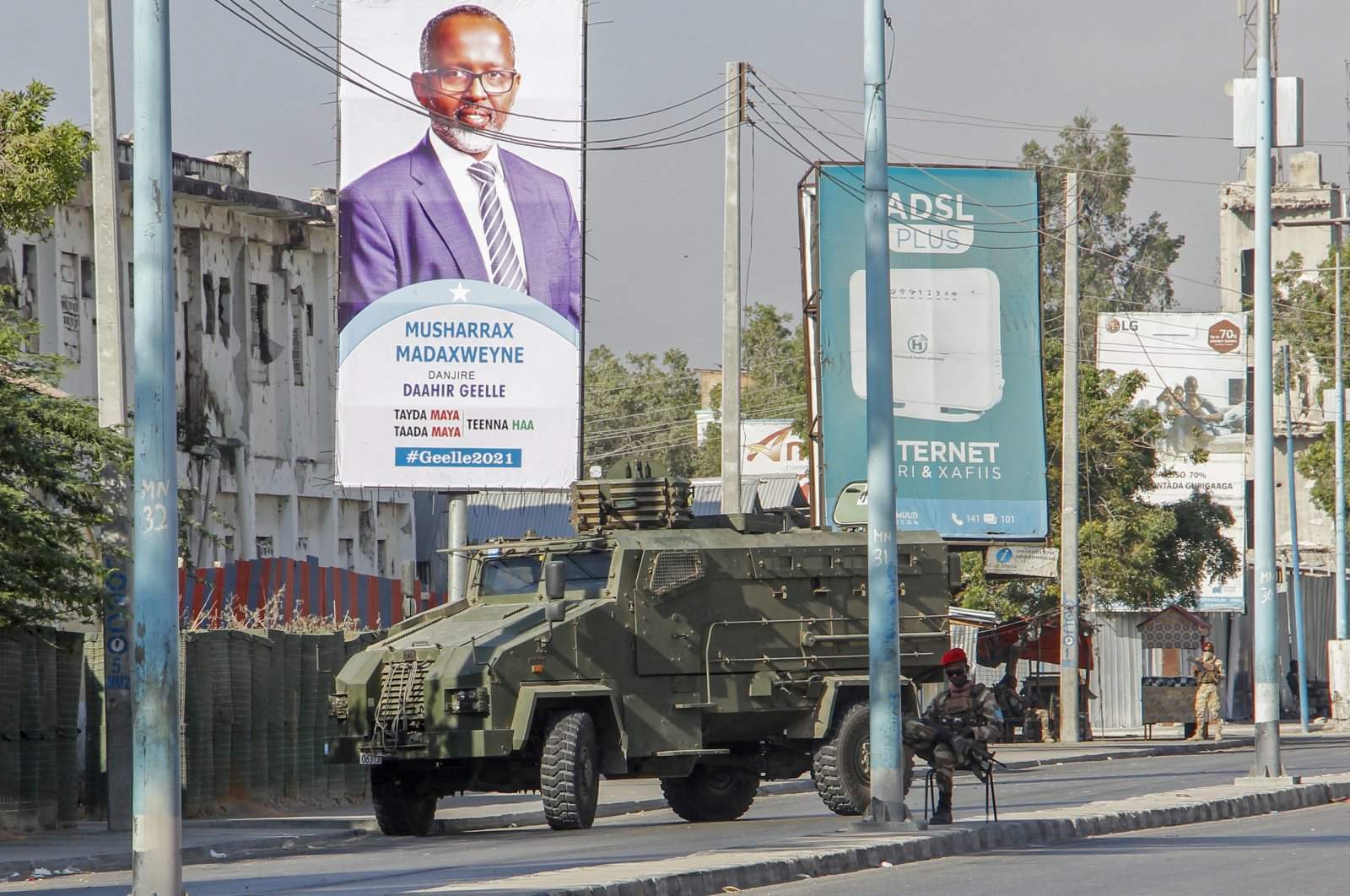 Security forces block a street with an armored personnel carrier during protests against the government and the delay of the country's election in the capital Mogadishu, Somalia, Feb. 19, 2021. (AP Photo)
by Anadolu Agency Feb 21, 2021 12:21 pm
RECOMMENDED

Somalia on Sunday accused the United Arab Emirates (UAE) of violating international law by belittling Somalia's government, referring to it as "interim" and attempting to sow violence.

"The UAE statement is inconsistent with international diplomacy, brotherly relations between the two countries, and Arab culture," said Dubbe.

"The United Arab Emirates wants Somalia to be like Yemen and Libya and wants to create in Somalia displacement, violence and backwardness, and that is something the Somali people are wary of," he added.

Commenting on recent clashes between Somali government forces and opposition groups, the UAE statement accused Somalia of using excessive force against civilians and called its government an "interim government.”

"Presidential candidates chose to circumnavigate the process in order to pursue a path of illegality and armed insurrection disguised as a peaceful demonstration guaranteed under our constitution," said a Somali Foreign Ministry statement, cautioning unnamed foreign actors not to make "misleading” statements that at times "appear to be supporting insurrection.”