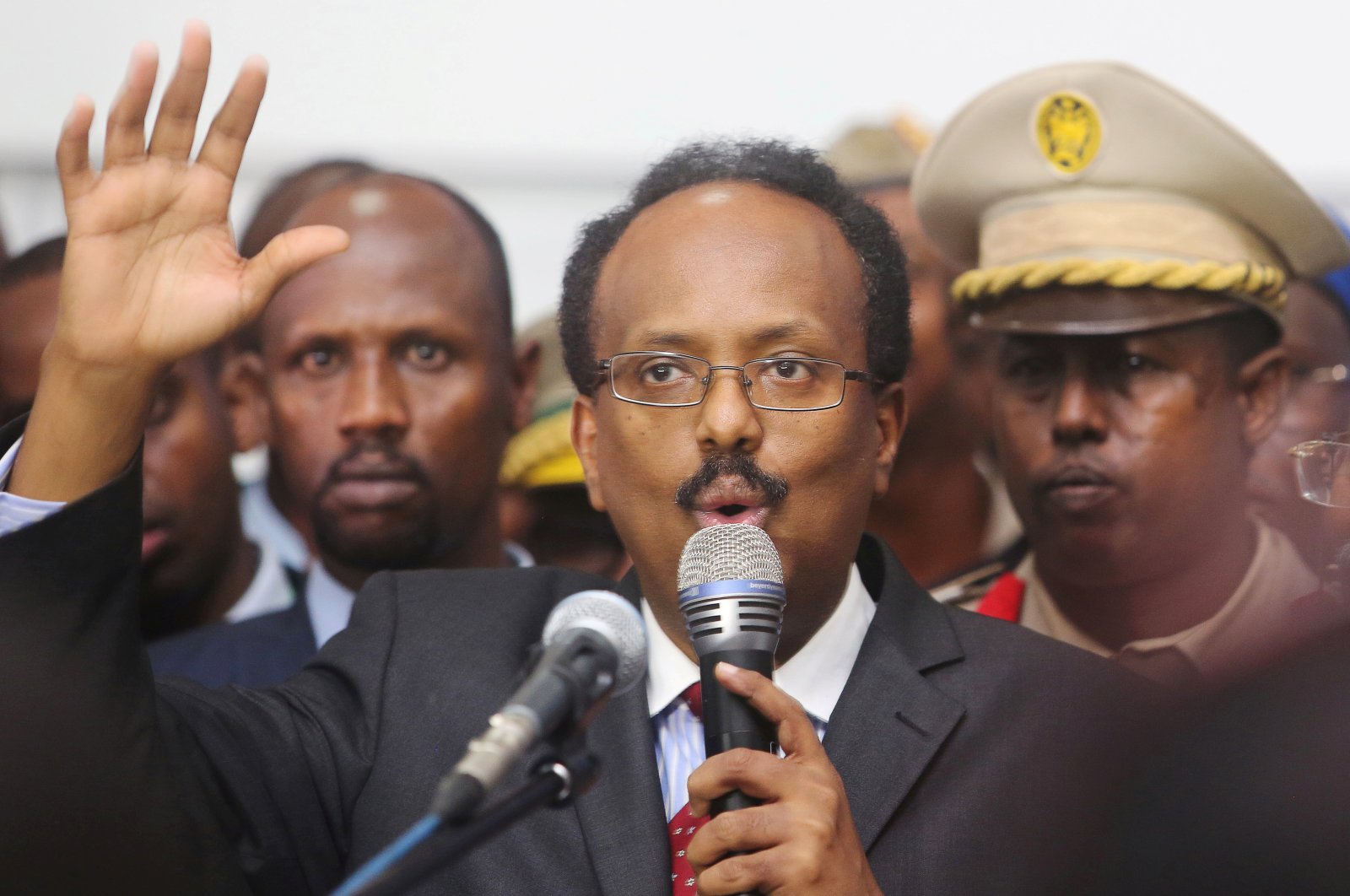 Somalia's president faced a leadership crisis Monday as his term ended with no clear path toward elections, and an alliance of opposition parties declared they no longer recognized his authority.

The Horn of Africa nation was supposed to choose the next president on Feb. 8 but the deadline was missed as the central government and federal states failed to break a deadlock over how to proceed with a vote. The country now confronts a constitutional crisis alongside a violent extremist insurgency, a locust invasion and serious food shortages.

The opposition alliance urged President Mohamed Abdullahi Mohamed, better known by his nickname Farmajo, to "respect the constitution" by standing aside and allowing for a peaceful transfer of power.

"Starting from 8th February 2021, the council of opposition candidates does not recognise Farmajo as president," they said late Sunday. "The council will not accept any form of mandate extension through pressure," said the alliance, which includes two former presidents and other political heavyweights running for the next presidency.

They called for the creation of a transitional national council composed of the speakers of parliament, opposition figures, regional leaders and civil society groups, to steer the country until elections can be held. There has not been any official response from the president's office.

According to Agence France-Presse (AFP), some major roads in Mogadishu, including the road to Parliament, were closed Monday after a tense evening in the capital.

"We could not sleep last night, because so many gunshots were being fired by opposition supporters celebrating the end of the president's mandate," said one resident, Abdullahi Ali.

Farmajo and the leaders of Somalia's five semi-autonomous federal states reached an agreement in September that paved the way for indirect parliamentary and presidential elections in late 2020 and early 2021.

But it fell apart as squabbles erupted over how to conduct the vote, and last-minute talks to salvage the agreement collapsed Friday.

Jubaland, one of the regions at odds with Mogadishu, accused Farmajo of refusing their attempts at compromise. The president blamed his rivals for reneging on the terms.

Somalia's foreign backers urged the country's divided political leadership "to resume their dialogue urgently" so that elections can take place as soon as possible.

"We believe that it remains possible to reach consensus, and that all sides are open to further discussions," the United Nations, African Union and other international partners said in a statement Monday.

Any attempt at partial or parallel elections would not be supported by the international community, the statement continued.

Somalia plunged into chaos after the 1991 overthrow of President Siad Barre's military regime, leading to years of clan warfare followed by the rise of al-Shabab, the terrorist group fighting to unseat the foreign-backed government in Mogadishu.

The extremists were driven out of the capital in 2011 but still control swathes of territory from where they launch frequent and deadly attacks against government and civilian targets.

On Sunday, at least eight soldiers were killed in a roadside bombing in central Somalia claimed by the al-Qaida-linked insurgents.

The U.S. Embassy in Somalia said Monday, "The political gridlock of the past year has resulted in a disappointing lack of progress in fighting al-Shabaab and improving security."

This election was to follow a complex indirect system after hopes of hosting Somalia's first one-person, one-vote ballot since 1969 were abandoned over security and political problems.

Under this system, which mirrors past elections, special delegates chosen by Somalia's myriad clan elders pick lawmakers, who in turn choose the president.

Hussein Sheikh Ali, Somalia's former national security adviser and founder of the Mogadishu-based Hiraal think tank, said al-Shabab had already taken advantage of the security vacuum to launch attacks in sections of central Somalia that had been relatively peaceful for around a decade.

"They (al-Shabab) are laughing out loud," he said, according to remarks carried by Reuters. "This is a failure by the president, Somalia's political elite and the international community. They didn't have a plan B to move forward."