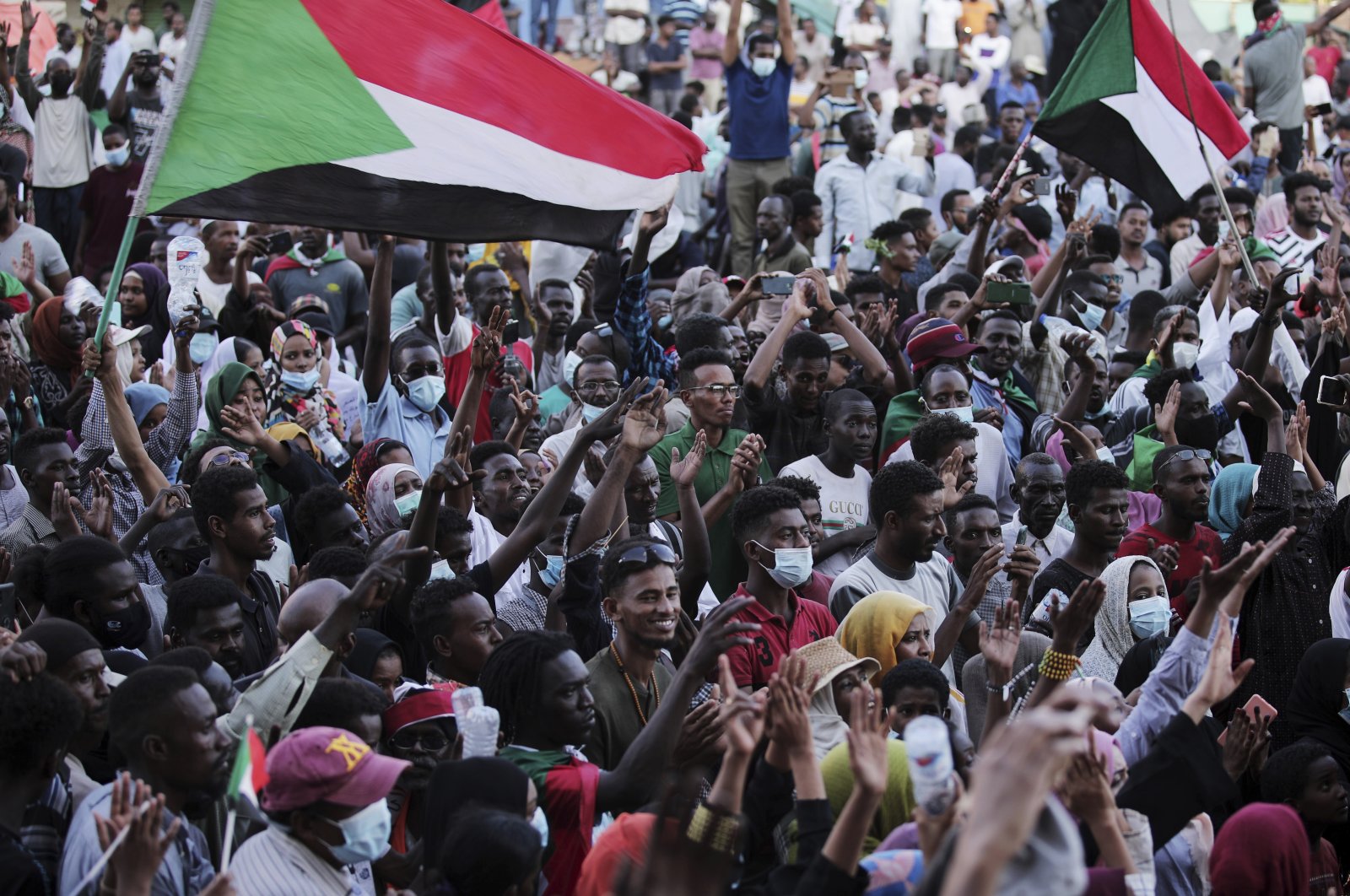 Sudanese security forces on Sunday fired tear gas at an anti-coup rally led by a group of teachers at the start of a two-day civil disobedience call against last month's military takeover.

Dozens of teachers carried banners reading "no, no to military rule" and called for a transition to "full civilian rule" at a rally outside the education ministry in the capital, Khartoum.

Nationwide anti-coup protests – including by tens of thousands on October 30 – have occurred since the October 25 coup but have been met by a deadly crackdown. At least 14 demonstrators have been killed and about 300 wounded, according to the independent Central Committee of Sudan's Doctors.

"We organized a silent stand against the decisions by al-Burhan outside the ministry of education," said Mohamed al-Amin, a geography teacher who took part in the stand against the country's top general, Abdel Fattah al-Burhan. "Police later came and fired tear gas at us though we were simply standing on the streets and carrying banners," he said.

There were no immediate reports of casualties but a union of Sudanese educators said "a large number of teachers were detained."

The teachers' rally came after the military leadership, which carried out the coup, replaced heads of departments at the education ministry as part of sweeping changes it made in multiple sectors.

"The protest rejects the return of remnants of the old regime" of ousted president Omar al-Bashir, the teachers union said in a Facebook post.

Sunday's rally followed calls for civil disobedience made by the Sudanese Professionals Association (SPA), an umbrella of unions that were instrumental in the 2018-2019 protests that ousted the longtime autocrat Bashir in April 2019.

"The Sudanese people have rejected the military coup," the SPA said on Twitter, vowing "no negotiation, no partnership, no legitimacy."

"We will start by barricading the main streets to prepare for the mass civil disobedience on Sunday and Monday," it said, urging protesters to avoid confrontation with the security forces.

Since late Saturday, protesters were seen piling up bricks and large slabs to block streets in Khartoum and neighboring cities, according to Agence France-Presse (AFP).

Meanwhile, talks to resolve Sudan's political crisis after last month's coup have hit a "semi-deadlock" because the military has refused to return to a path of democratic transition, two sources from the ousted government said on Saturday.

The sources told Reuters the military had tightened restrictions on ousted Prime Minister Abdalla Hamdok, who was placed under house arrest during the Oct. 25 takeover when his government was dissolved.

The new restrictions further limited his ability to hold meetings or make political contacts, they added.

Al-Burhan has said the army intervened because of political turmoil and the risk of civil war. He says the military remains committed to the transition and to elections to be held in 2023.

After arresting top civilians including several cabinet ministers, the military has taken steps that appear aimed at consolidating its control. Late on Saturday, Sudanese state TV said the directors of five state banks had been replaced, a day after it was announced that the boards of state companies had been dissolved.

Mediation efforts involving the United Nations have been seeking to find a way for Hamdok to be brought back as prime minister of a purely technocratic government.

Hamdok has demanded preconditions that include the release of top civilians detained during the coup and a return to a transition towards democracy that began after the overthrow of Omar al-Bashir in 2019.

Critics of al-Burhan accuse the army of fomenting unrest before the military takeover, which they say made the risk of civil conflict more likely and derailed a transition that had offered Sudan a chance to escape decades of isolation and internal wars.

Western powers have condemned the takeover, paused economic assistance and said that a deal for relief on tens of billions in foreign debt is at risk.

A high-level delegation from the Arab League, which has called for Sudanese parties to stick to the democratic transition, was heading to Sudan on Saturday.