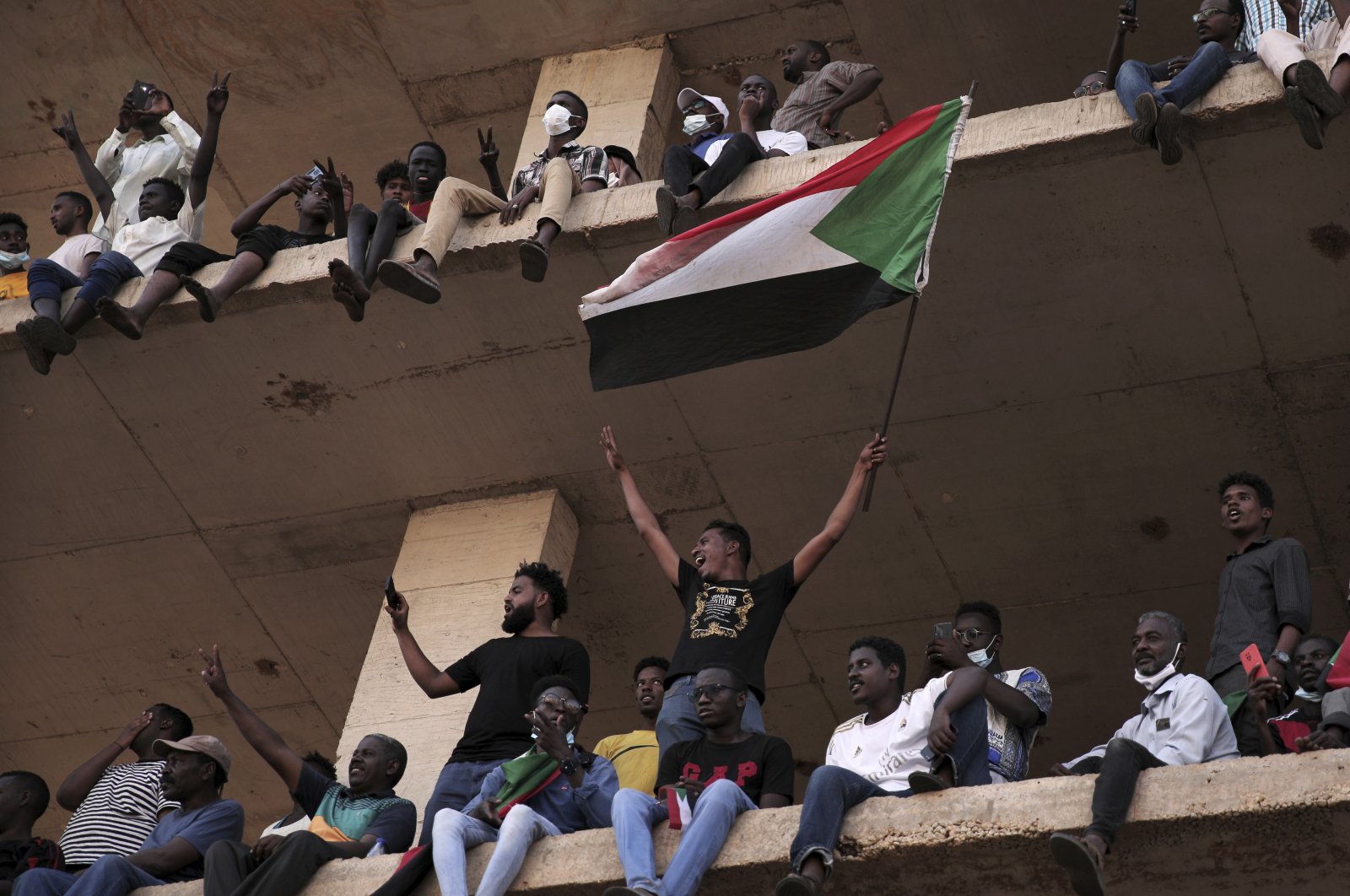 Sudan's top general on Thursday ordered the release of four ministers of the now-deposed government who were detained amid a widely condemned military coup last week, the country's state-run news agency reported.

Moez Hadra, a defense lawyer for the deposed officials, said the ministers have yet to be freed.

The SUNA news agency said that Gen. Abdel-Fattah al-Burhan had issued the decision for Hamza Baloul, minister of information and culture; Hashim Hasabel-Rasoul, minister of communications; Ali Gedou, minister of trade and international cooperation and Youssef Adam, minister of youth and sports to be let go.

Thursday's development comes as the country's top generals and former civilian leaders are locked in tense negotiations for a way out of the crisis sparked by the military takeover last week. International pressure to resolve the crisis and re-install the civilian transitional government has been mounting. Meanwhile, protest leaders and rights workers are warning of a widespread arrest campaign against activists and opposition leaders.

On Oct. 25, al-Burhan dissolved the transitional government and detained other government officials and political leaders in a coup.

Many were taken from their homes in the early morning hours and have been kept in undisclosed locations. The military leaders also raided the state news television headquarters and cut off mobile and internet communications across the country. Tens of thousands of people came out to protest. Internet services were still restricted.

Meanwhile, the international community is continuing to press for a de-escalation that can put Sudan back on the path to democracy. The United Nations Human Rights Council is set to hold an emergency session on the situation on Friday.

The U.N. chief reiterated his call for the release of former Prime Minister Abdalla Hamdok and other civilians who were arbitrarily detained, she said, adding that the body’s special envoy to Sudan, Volker Perthes, continues to speak to all parties and is in contact with the United States.

U.S. Secretary of State Antony Blinken spoke with both al-Burhan and Hamdok on Thursday and called for the immediate restoration of Sudan's civilian-led government, the State Department said.

Hadra said the four ministers who are meant to be released are from among the 100 government officials and political leaders who were arrested during the coup. Half of them, he said, are believed to be held in Khartoum and the others are scattered across the country's provinces.

He said that he has not been able to communicate with his clients or even know their whereabouts until now. He said around 25 officials and politicians are facing charges for inciting troops to rebel.

The coup, strongly condemned by the U.S. and the West, has come more than two years after a popular uprising forced the military’s removal of longtime ruler Omar al-Bashir and his government in April 2019. It has upended the country's fragile planned transition to democratic rule.

Hamdok, the prime minister, was also detained but released within two days. However, he has since been kept under guarded house arrest but been allowed to meet with U.N. and international diplomats as part of mediation efforts.

Former government officials aren't the only targets of the arrests, according to opposition members.

Sara Abdelgalil, a spokesperson for the Sudanese Professionals' Association (SPA), the major force behind the 2019 uprising and anti-coup protests, estimated that hundreds of protesters and opposition figures have been rounded up in the past week. Some have disappeared and some have been interrogated and later released, she said.

Ali Agab, a prominent Sudanese human rights lawyer, said he had heard reports of security forces identifying protesters from photos taken at demonstrations and forcibly detaining them from their homes.

Abdelgalil said the near-blackout of communications has made it difficult to know just how many have gone missing, or are being held in secret prisons that were commonly used under al-Bashir.

"We don’t know the extent of what has been happening in the last 10 days," she said.