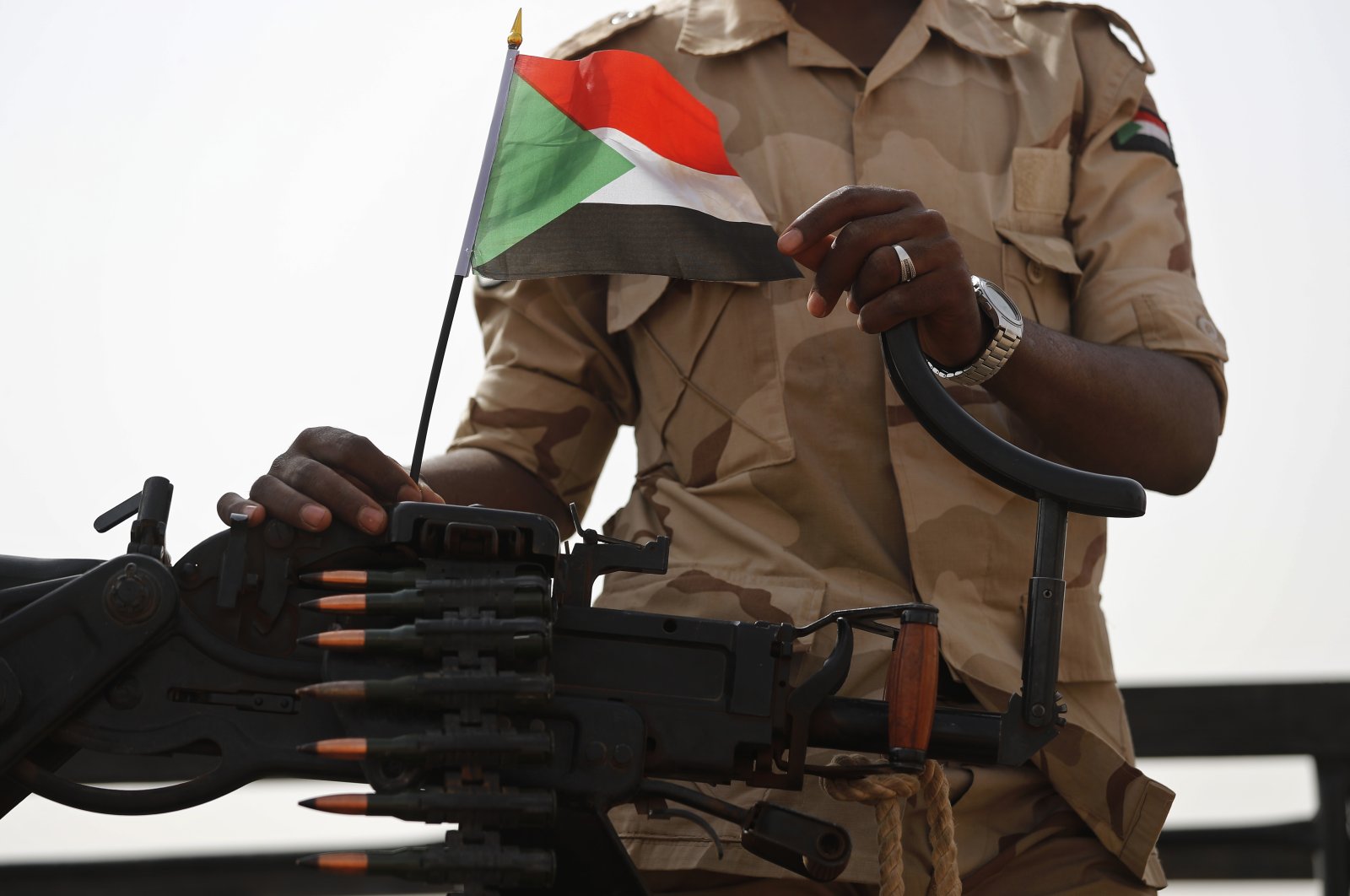 A Sudanese soldier from the Rapid Support Forces or RSF, led by Gen. Mohammed Hamdan Dagalo, stands on his vehicle during a military-backed rally, in the eastern province of the River Nile, Sudan, June 22, 2019. (AP Photo)
by French Press Agency - AFP Sep 26, 2021 4:15 pm

Sudan's military has "repelled the incursion of Ethiopian forces" in the disputed border area of al-Fashaqa, near the conflict-ridden region of Tigray, it said Sunday.

"Military forces have repelled the incursion of Ethiopian forces in the district of Om Barakeet, forcing them to retreat," said Brigadier-General Al-Taher Abu Haga, the army's media advisor, in a statement.

Om Barakeet lies in the contested al-Fashaqa area, where Ethiopian farmers cultivate fertile land claimed by Sudan, next to the Tigray region of Ethiopia.

The bloody conflict killed thousands of people and pushed more than 400,000 into famine, according to the United Nations. Tens of thousands of Tigrayans have also fled into Sudan.

The border dispute feeds into wider tensions in the region, including over Ethiopia's controversial Blue Nile dam.

Sudan, along with Egypt, has been locked in a bitter dispute over Ethiopia's mega-dam for a decade. Both downstream countries, dependent on the river for most of their water, see the Grand Ethiopian Renaissance Dam as an existential threat.