Tens of thousands gather in Sudan to protest, 58 officers injured 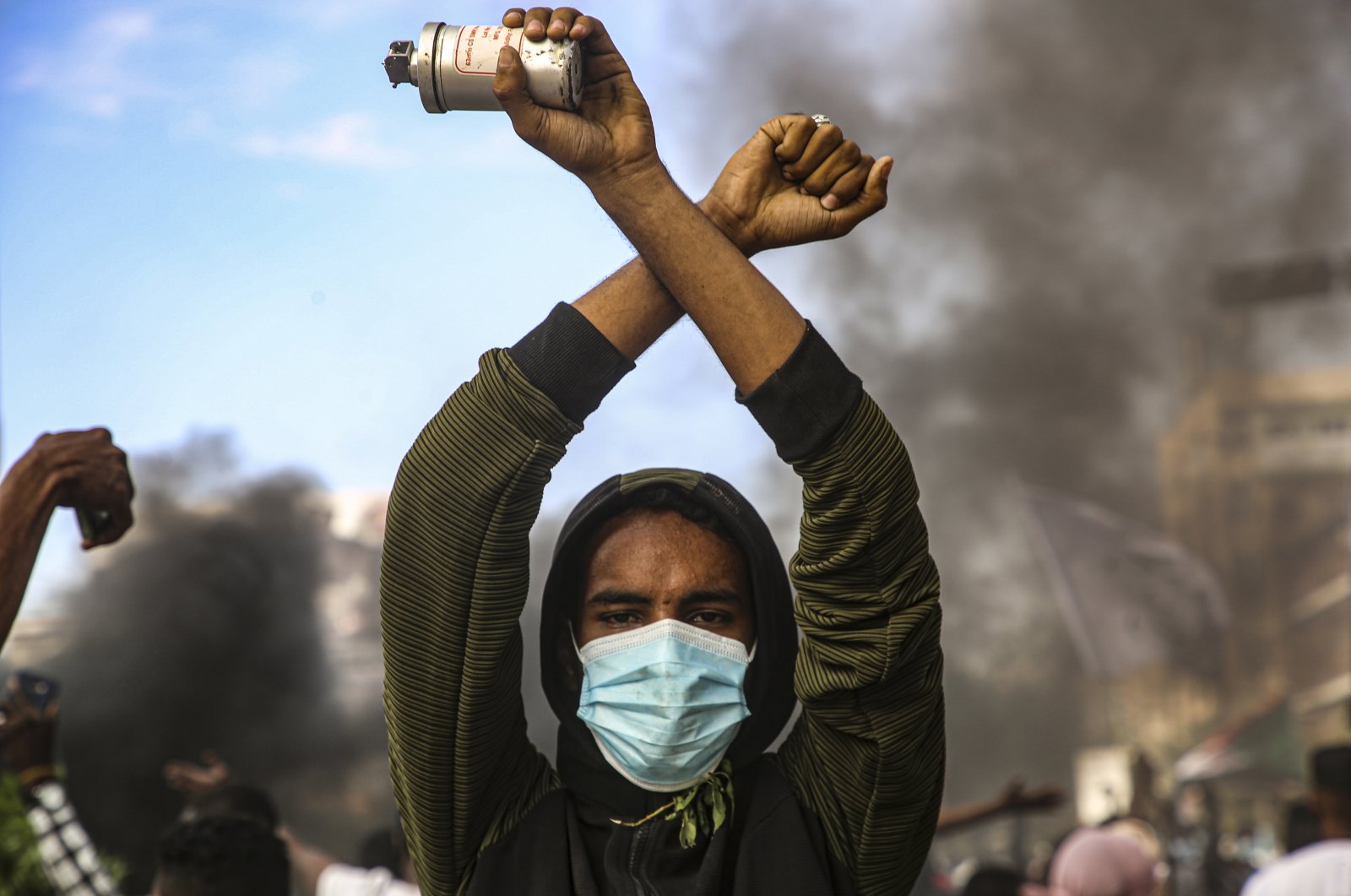 The Khartoum security committee's statement added that 114 people had been arrested and faced legal action during the protests where tens of thousands gathered, demanding that soldiers "go back to the barracks" and calling for a transition to civilian rule.

Waving flags, beating drums, dancing and chanting, crowds marched on the streets of Khartoum despite severed communications and a heavy presence of security forces who later fired tear gas to disperse them.

The Doctors' Committee, part of the pro-democracy movement, reported that security forces fired tear gas into hospitals, attacking doctors as well as the wounded.

Officers had earlier barricaded bridges connecting the capital to suburbs, cut phone lines and restricted internet access ahead of the planned protests.

At least 48 people have died in crackdowns during weeks of demonstrations, according to the Doctors' Committee, and Khartoum's state governor has warned that security forces "will deal with those who break the law and create chaos."

Demonstrators converged on the presidential palace in Khartoum, the headquarters of the military government in control since General Abdel Fattah al-Burhan seized power on Oct. 25.

After international pressure, including a cut-off of vital aid, Burhan reinstated him on Nov. 21 under a deal promising elections for July 2023.

The move alienated many of Hamdok's pro-democracy supporters, who dismissed it as providing a cloak of legitimacy for Burhan's coup.

"What happened on October 25 was a coup ... and we will not stop demonstrating until we have a civilian government," a masked woman protesting near the presidential palace told AFP on Saturday.

Othman Mustafa, a 31-year-old demonstrator, said: "We don't just want the military out, we want to choose our own Sudan that looks like us, that responds to our demands and gives everyone equal rights."

As well as rallies in Khartoum and its suburbs, protesters also marched on the streets of Wad Madani, a city around 150 kilometers (90 miles) to the south, witnesses said.

Others reported demonstrations at Atbara in the north and Port Sudan on the Red Sea coast.

Security forces with cranes used shipping containers to block the bridges across the Nile River connecting Khartoum to the sister cities of Omdurman and North Khartoum, and web monitoring group NetBlocks reported mobile internet services cut at sunrise on Saturday.

Activists reported the arrest of several colleagues from Friday night onwards, and Volker Perthes, the United Nations special envoy to Sudan, urged the authorities to "protect" the protests, not prevent them.

"Freedom of expression is a human right," Perthes said on Saturday, adding that it includes "full access" to the internet.

"No one should be arrested for his or her intention to protest peacefully," he said.

The Doctors' Committee called on the world "to monitor what happens in Sudan on the issue of the revolutionary movement for freedom and democracy."

Khartoum's governor warned that "approaching or attacking buildings of strategic sovereignty is punishable by law."

A spokesperson for U.N. Secretary-General Antonio Guterres condemned "looting and reported violence occurring around the former United Nations logistics base in El Fasher" since Friday, in part of the base handed over to local Sudanese officials.

At rallies on Dec. 19 crowds began a "sit-in" protest outside the presidential palace. It recalled the action which ultimately led to the ouster of veteran strongman Omar al-Bashir three years earlier after mass demonstrations.

But this time, within hours, security forces dispersed the thousands of protesters with truncheons and tear gas.

Activists have condemned sexual attacks during the Dec. 19 protests, in which the U.N. said at least 13 women and girls were raped.

Sudan, one of the world's poorest countries, has a long history of military coups, enjoying only rare interludes of democratic rule since independence in 1956.

More than 14 million people, roughly a third of Sudan's population, will need humanitarian aid next year – the highest level for a decade, according to the U.N. Office for the Coordination of Humanitarian Affairs.