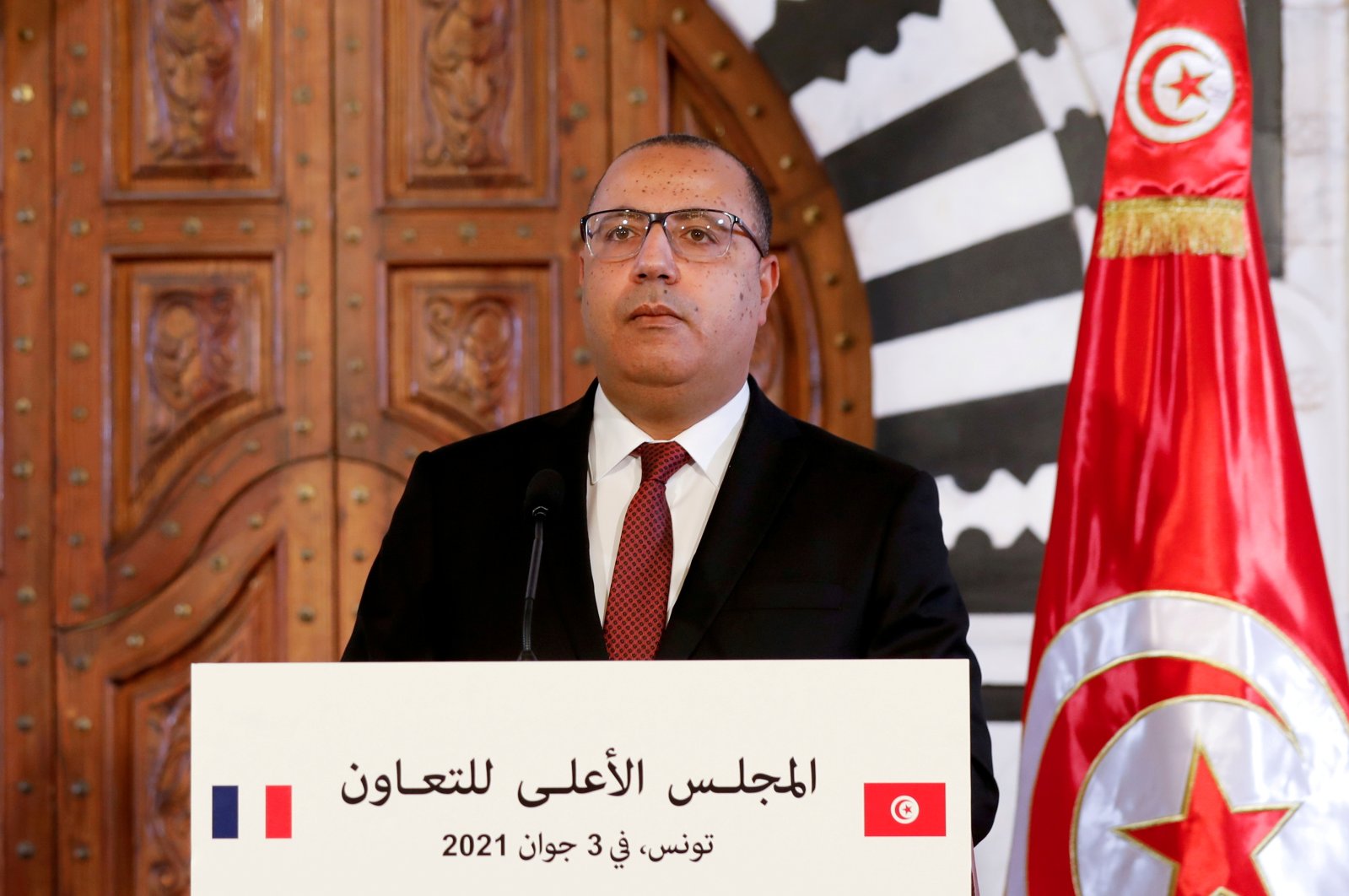 Most of Tunisia's political parties and parliamentary blocs on Monday denounced President Kais Saied’s decision to suspend parliament and sack the government.

The Ennahdha Movement party, which has 53 seats in the 217-member parliament, rejected Saied’s moves and deemed them a violation of the Tunisian constitution.

Rached Ghannouchi, head of Ennahdha and the Tunisian parliament speaker, described Saied's moves as nothing but a "full-fledged coup" against the Tunisian constitution, revolution and freedoms in the country.

The Qalb Tounes, or Heart of Tunisia party, considered his decisions a "blatant violation of the constitution" that will reduce the country to an "autocracy.”

The party, which has 29 seats in parliament, expressed its commitment to the rule of law, its institutions and the constitution.

The Democratic Current Party dismissed Saied’s interpretation of Article 80 of the constitution, under which he ousted the government and suspended parliament.

The party, which has 22 seats in parliament, said it "rejects the results of decisions and procedures taken in contradiction with the constitution."

Al Karama, or the Dignity Coalition, which has 18 parliamentary seats, also condemned Saied's decision to activate Article 80, calling it a coup.

The Tunisian Workers’ Party, which is not represented in parliament, also denounced the moves by Saied and considered them a clear violation of the constitution.

The Republican Party, which is also not in parliament, expressed similar sentiments.

Some parties back Saied's moves

The Popular Current party, which is not represented in Tunisia's parliament, sided with Saied's decisions and considered them "an important step to open a political horizon for the (Tunisian) people to recover the country."

The Peoples Movement party, which has 15 parliamentary seats, said Saied acted under the constitution to preserve the security of the country.

As of Monday afternoon, a number of Tunisian parties had not expressed an opinion over the latest developments in the country.

Meanwhile, Mechichi announced late Monday that he would hand over his duties when the president appoints a new premier.

He released a statement on the latest developments in Tunisia on his social media account.

Tunisia has been gripped by a deep crisis since Jan. 16, when Mechichi announced a cabinet reshuffle but Saied refused to hold a ceremony to swear in the new ministers. The country also faces an unprecedented spread of COVID-19 strains in most states.

Tunisia is seen as the only country that succeeded in carrying out a democratic transition among Arab countries that also witnessed popular revolutions which toppled their ruling regimes, including Egypt, Libya and Yemen.