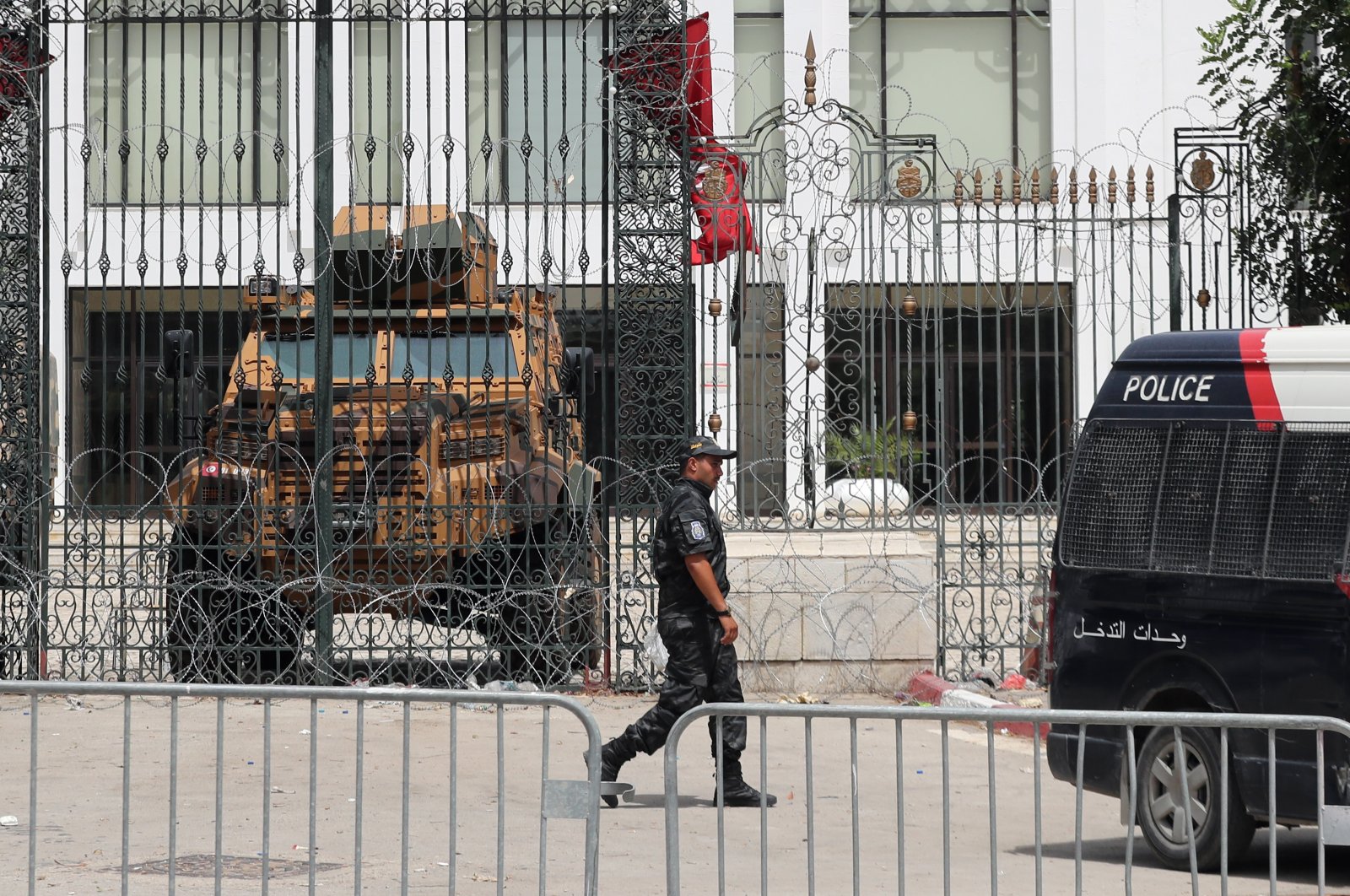 Police cars and a military armored personnel carrier block a side entrance of the Tunisian parliament in Tunis, Tunisia, 01 August 2021. (EPA Photo)
by Agencies
Aug 02, 2021 11:25 pm

According to a presidential statement, the orders dismissed Ali al-Kaali, the minister of economy, finance and investment support, and appointed Siham al-Boughdiri as his successor.

Mohamed el-Fadil Karim, the minister of communication technologies and also acting minister of agriculture, fisheries and water resources, was also relieved of his duties and replaced by Nizar Bennaji.

Saied insists that his extraordinary measures are meant to "save" the country, while his critics accuse him of orchestrating a coup.

Tunisia has been seen as the only country that succeeded in carrying out a democratic transition among a group of Arab countries that witnessed popular revolutions in the early 2010s that toppled their ruling regimes, including Egypt, Libya and Yemen.

Meanwhile, Turkish President Recep Tayyip Erdoğan told his Tunisian counterpart Saied in a phone call Monday that the continuation of the Tunisian parliament's work was important for the region, his office said, after Saied froze parliament and dismissed his premier.

In a statement, the Turkish Presidency said Erdoğan "emphasized that the parliament of Tunisia ... maintaining operations despite all difficulties was important for the democracy of Tunisia and the region," and added that the work of parliament was "vital."

"Erdoğan stated that it was very valuable for the democracy of Tunisia to be protected, for its freedoms to be guaranteed, and that the rule of law is upheld," it said.