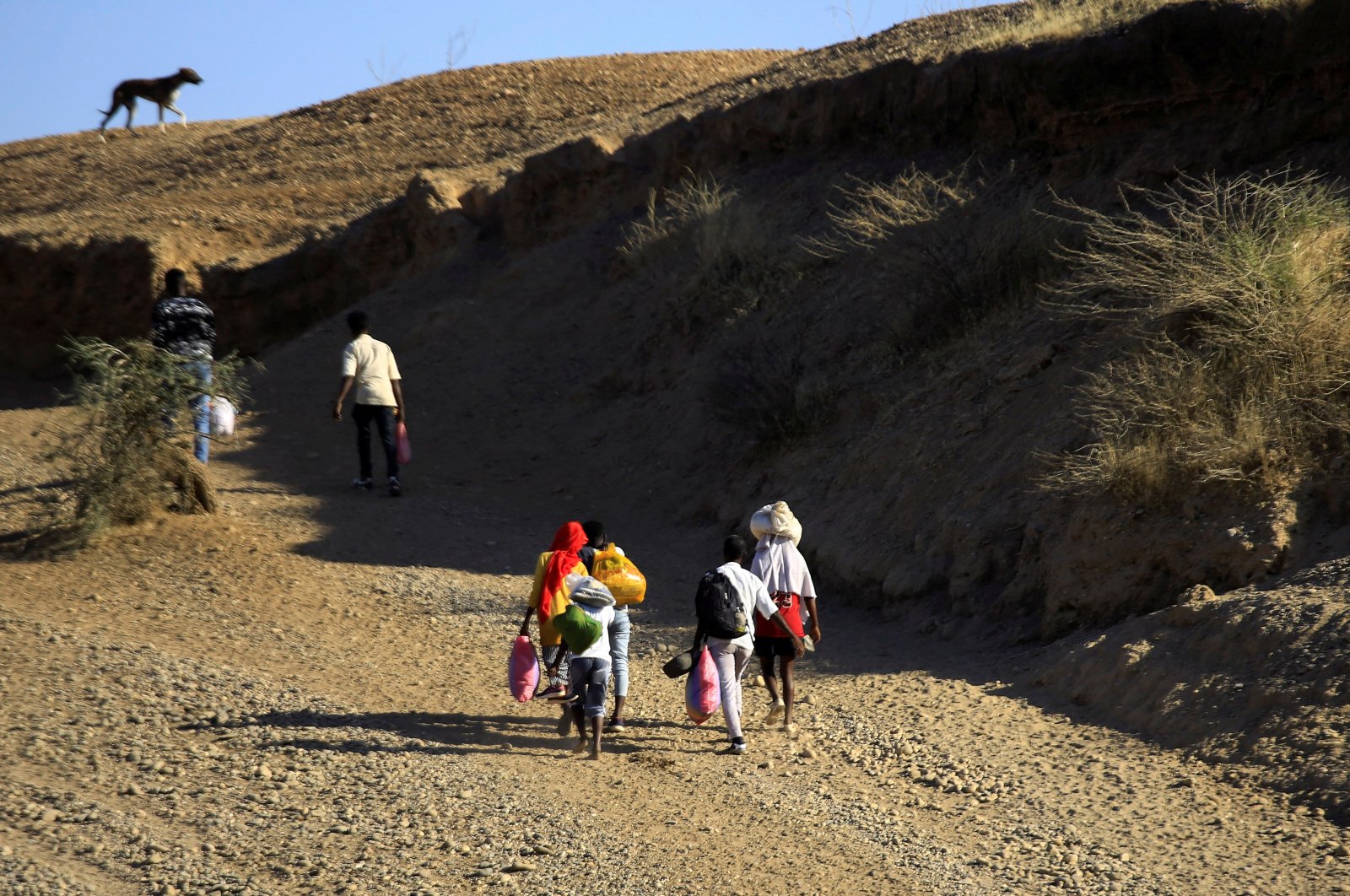 Ethiopians, who fled the ongoing fighting in Tigray region, carry their belongings after crossing the Setit River on the Sudan-Ethiopia border, in the eastern Kassala state, Sudan Dec. 16, 2020. (REUTERS)
by French Press Agency - AFP Mar 18, 2021 10:46 am

Ethiopia's request for an investigation into the humanitarian consequences of the conflict in the country's northern Tigray region is agreed by United Nations human rights (OHCHR) chief Michelle Bachelet, according to the statement of U.N. spokesperson on Wednesday.

Tigray residents have told human rights groups and journalists of massacres, widespread sexual violence and indiscriminate killings of civilians by security forces in the region.

The U.N. office is now preparing a plan in order to launch the mission as soon as possible.