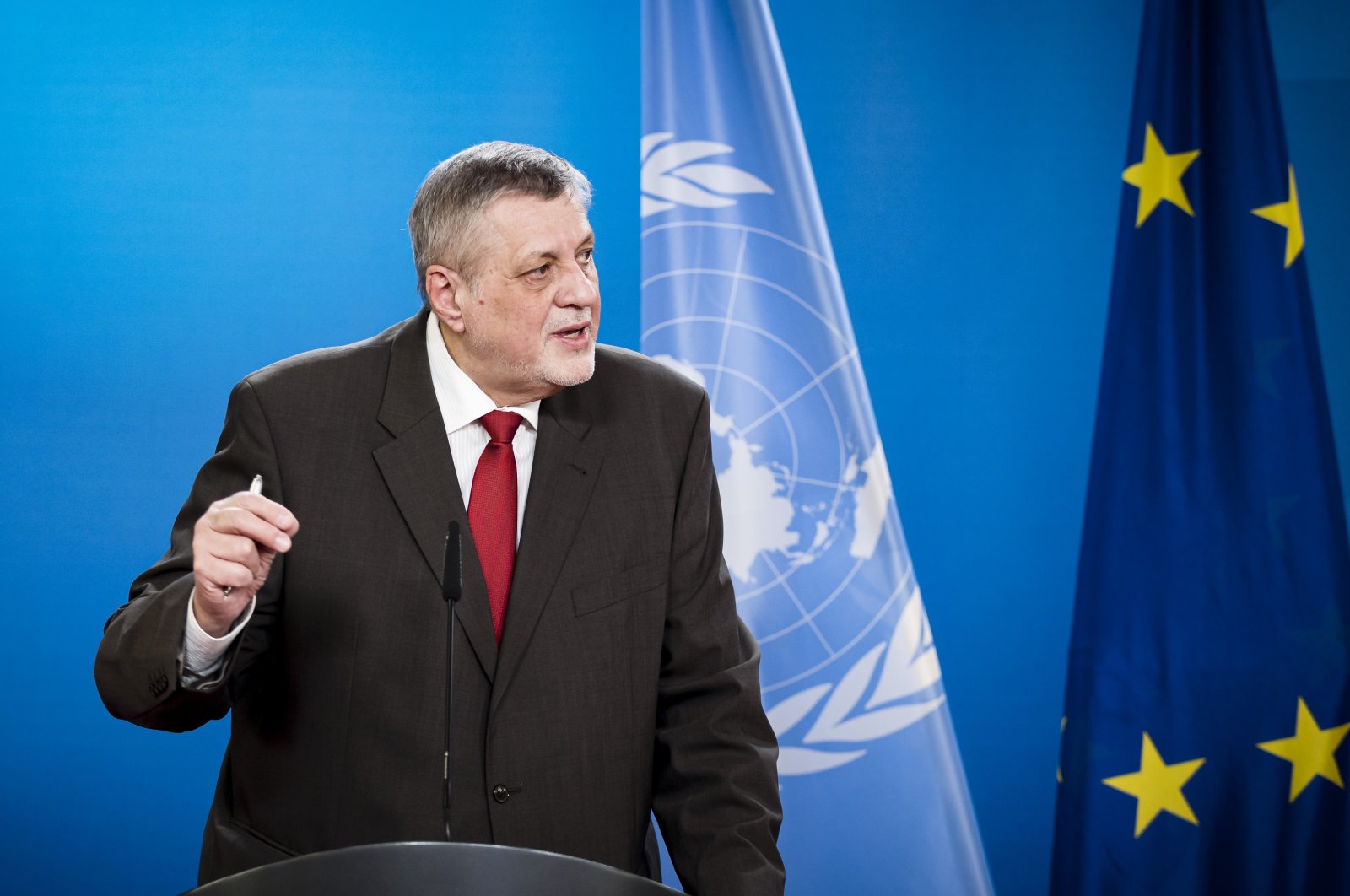 Jan Kubis, head of the United Nations Support Mission in Libya, speaks during a press conference at the Federal Foreign Office in Berlin, Germany, March 18, 2021. (Getty Images)
by DAILY SABAH Apr 29, 2021 9:36 am
RECOMMENDED

Jan Kubis, the United Nations special envoy for Libya and head of the U.N. Support Mission in Libya (UNSMIL), met with Libyan interlocutors and officials to advance the implementation of a cease-fire and the Libyan Political Dialogue Forum (LPDF) road map leading up to the holding of national elections in December.

Kubis on Wednesday held a series of meetings with high-level Libyan officials, including the country’s Foreign Minister Najla El-Mangoush. Both reiterated the need to withdraw all foreign forces and mercenaries without delay.

Foreign mercenaries and arms have poured into the country since putschist Gen. Khalifa Haftar launched his offensive, with Russia and the United Arab Emirates (UAE) serving as the warlord’s top suppliers. According to the U.N., there are currently 20,000 foreign forces and/or mercenaries left in Libya.

El- Mangoush highlighted the need for their withdrawal with a clear framework and timelines. The foreign minister and U.N. envoy also agreed on strengthening U.N.-Libyan cooperation, including humanitarian support to irregular migrants and refugees and their voluntary repatriation and resettlement.

Kubis also met with the two deputies of the Presidency Council, Abdullah Allafi and Musa Al Koni, in Tripoli. He welcomed the establishment of the High National Reconciliation Commission, urged the “appointment and inclusion of women, including in the leadership, and offered U.N. support for achieving an inclusive, right-based national reconciliation and transitional justice.”

Kubis stressed that holding the national elections on Dec. 24 is critical for Libya’s transition toward unity, democracy, stability and prosperity.

The U.N. envoy also met with Libyan Prime Minister Abdul Hamid Dbeibah. Both discussed the progress made so far in the political process and the steps needed for the holding of the elections and the budget. The special envoy and Dbeibah also discussed the security situation in Libya and the region following developments in Chad.

On Feb. 5, Libya's rival political groups agreed in U.N.-mediated talks to form an interim unity government to lead the country to elections this December, when Dbeibah was designated as the prime minister and tasked with forming a new government.

However, despite these positive political developments, the presence of foreign mercenaries as well as the constant supplement of weaponry by foreign powers remain obstacles to lasting peace in the country.