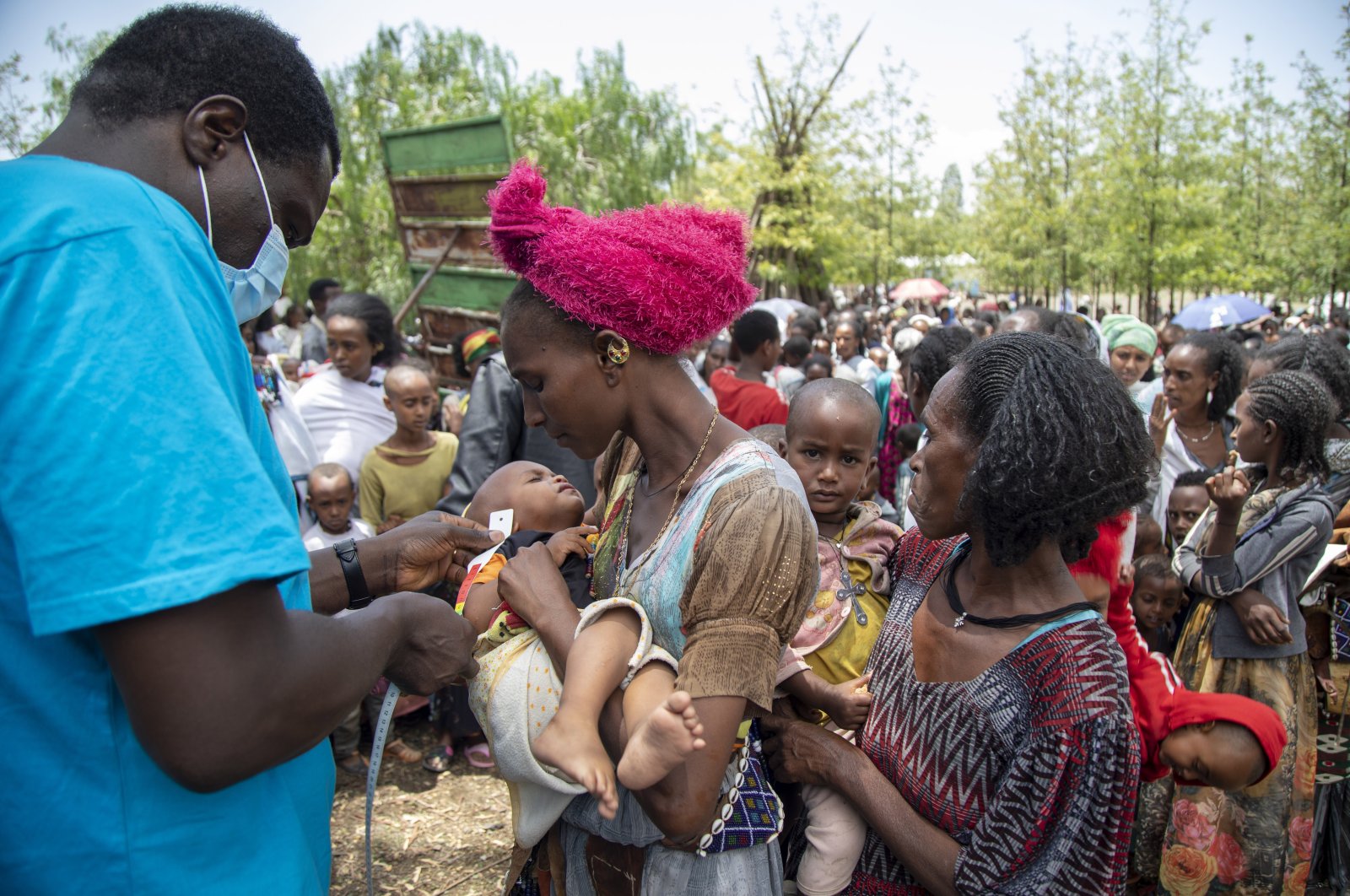 A Joint U.N. and international NGOs team rapidly respond to the humanitarian needs of communities affected by the ongoing conflict in Ethiopia’s Tigray region, July 19, 2021. (UNICEF via AP)
by ASSOCIATED PRESS
Jul 30, 2021 6:31 pm

The United Nation's children's agency warned that more than 100,000 children in Ethiopia’s embattled Tigray region could face the most extreme and life-threatening form of malnutrition in the next year, as humanitarian aid remains blocked from the region of some 6 million people.

The U.N. estimate, a tenfold increase over the usual caseload in Tigray, is based on “essentially the scenario we’re seeing now, in which the conflict escalates and food access is restricted,” Marixie Mercado with UNICEF’s emergency response team told The Associated Press (AP).

The warning comes as high-level officials from the U.N. and United States visit Ethiopia over the next several days to press the government to lift what the U.S. has described as a “siege” of Tigray and as some 200 food-laden U.N. trucks are stuck on the only remaining road into the region.

The world’s worst hunger crisis in a decade is unfolding in Tigray, where the U.S. says up to 900,000 people now face famine conditions and international food security experts say the crucial planting season “has largely been missed” because of the war.

The UNICEF estimate, based on screenings of more than 430,000 children during the nine-month conflict, comes after a rare visit to two districts in Tigray that had been “virtually inaccessible” – Gijet and Wajirat. While the AP has reported on scores of people dying of starvation in another inaccessible Tigray district, Mercado said she did not hear of any starvation deaths on her visit.

But she warned of “horrifying numbers of acutely malnourished” people and expressed frustration as food, fuel, cash and other supplies are in short supply. While access inside Tigray has improved after a dramatic turn in the war in June as Ethiopian soldiers withdrew and the government declared a unilateral cease-fire, the U.N. has said aid workers are running out of the means to help.

“You can’t bring services to people without fuel,” an exasperated Mercado said, adding that during the visit to the previously inaccessible districts “we were just overwhelmed by the numbers of mothers and children who showed up and desperately wanted some help.”

UNICEF also said screening data shows that 47% of all pregnant and breastfeeding women in Tigray are acutely malnourished, meaning more risk to both mothers and children.

Ethiopia’s government has blamed the aid blockade on the resurgent Tigray forces who have retaken much of the region and crossed into the neighboring Amhara and Afar regions, but a senior official with the U.S. Agency for International Development (USAID) this week told the AP that is “100% not the case.” USAID administrator Samantha Power is set to visit Ethiopia next week to press for access.

A U.N. humanitarian update on Friday spelled out some of the latest aid challenges, including harassment and intimidation: No aid convoys have reached Tigray since July 12, even as up to 600 supply-laden trucks are needed weekly. Aid workers on the first U.N. passenger flight to Tigray on July 22 were “extensively searched” and not allowed to bring some essential medicines. And no such flight has received government clearance since then.