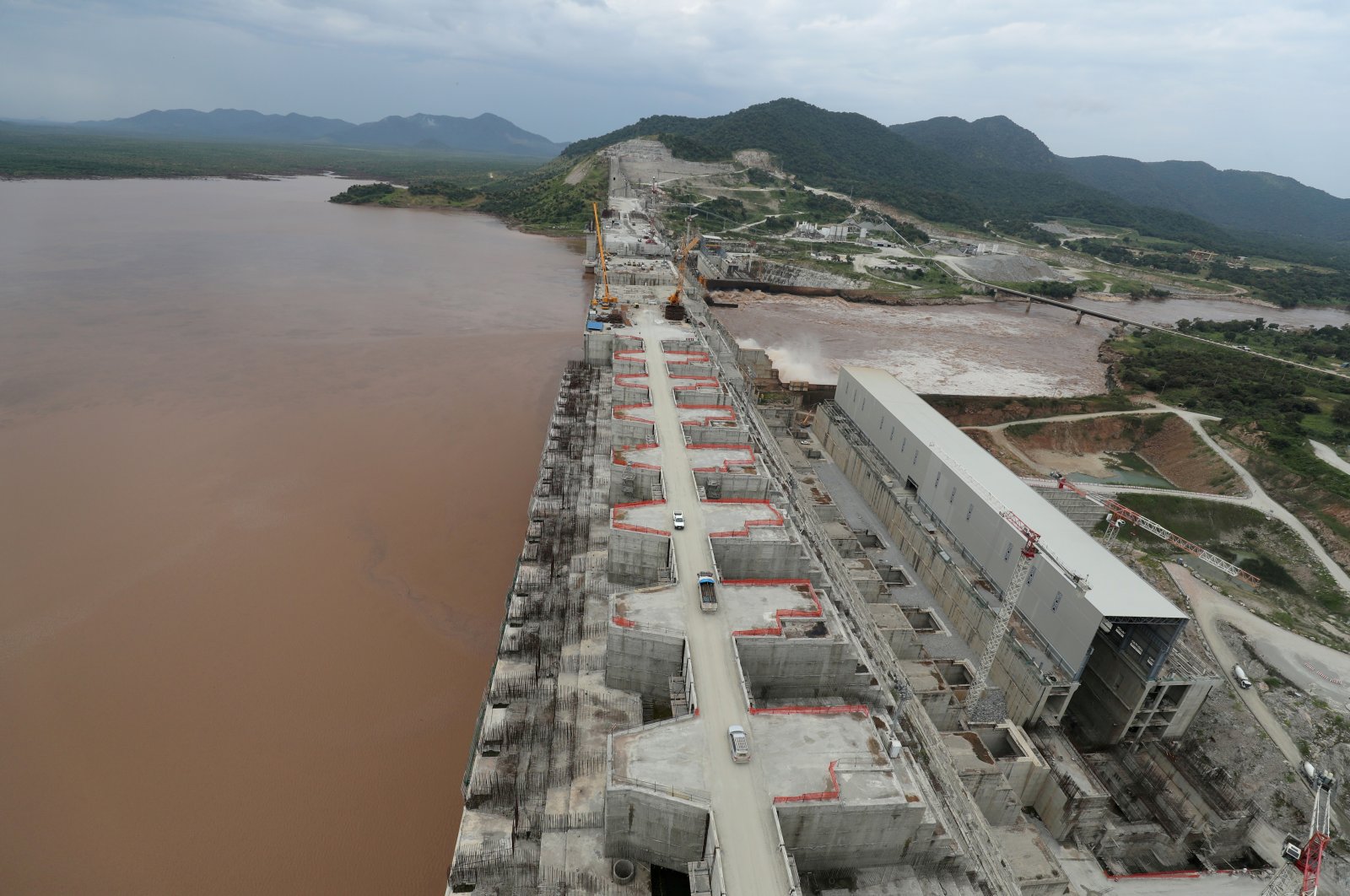 Ethiopia's Grand Renaissance Dam is under construction on the Nile in Guba Woreda, the Benishangul-Gumuz region, Ethiopia, Sept. 26, 2019. (Reuters Photo)
by REUTERS Jul 09, 2021 9:53 am
RECOMMENDED

U.N. Security Council members on Thursday tried to solve the long-lasting dispute between Ethiopia, Egypt and Sudan over the operation of Addis Ababa's giant hydropower dam on the Blue Nile. The members backed the African Union's (AU) mediation efforts and called all parties to further talks.

Egypt and Sudan both called on the U.N. Security Council to help resolve the dispute after Ethiopia began filling the reservoir earlier this week behind its Grand Ethiopian Renaissance Dam (GERD) for a second year. Ethiopia is opposed to any Security Council involvement. Addis Ababa says the AU should resume handling the talks.

"A balanced and equitable solution to the filling and operation of the GERD can be reached with political commitment from all parties," U.S. Ambassador to the United Nations Linda Thomas-Greenfield told the council. "This begins with the resumption of productive, substantive negotiations. Those negotiations should be held under the leadership of the African Union and should recommence with urgency," she said, adding that the AU "is the most appropriate venue to address this dispute."

Many council diplomats were wary of involving the body in the dispute – beyond holding the meeting on Thursday – as they are concerned it could set a precedent that could allow other countries to seek Security Council help with water disputes.

Ethiopia says the dam is crucial to its economic development and to provide power. But Egypt views it as a grave threat to its Nile water supplies, on which it is almost entirely dependent. Sudan, also downstream, has expressed concern about the dam's safety and impact on its own dams and water stations.

Tunisia has proposed a draft Security Council resolution that would call for a binding agreement between Ethiopia, Sudan and Egypt on the operation of the giant dam within six months. It was not clear if or when it could be put to the vote. Egypt's Foreign Minister Sameh Shoukry called on the Security Council to adopt the resolution.

"We do not expect the council to formulate solutions to the outstanding legal and technical issues, nor do we request that the council impose the terms of a settlement," he said. "This resolution is political in nature and its purpose ... is to re-launch negotiations."

Sudan's Foreign Minister Mariam Sadiq al-Mahdi also urged the council to act by calling for a resumption of negotiations and on Ethiopia to abstain from any unilateral measures. Ethiopia's Minister of Water, Irrigation and Energy, Seleshi Bekele Awulachew, said an agreement on the operation of the $5 billion dam is "within reach," and he described it as regrettable that Egypt and Sudan pushed for the Security Council meeting.

"We urge our Egyptian and Sudanese brothers and sisters to understand that the resolution to the Nile issue will not come from the Security Council. It can only come from good faith negotiations," he told the council. Russian U.N. Ambassador Vassily Nebenzia suggested that the countries meet while in New York to try and resolve some issues.