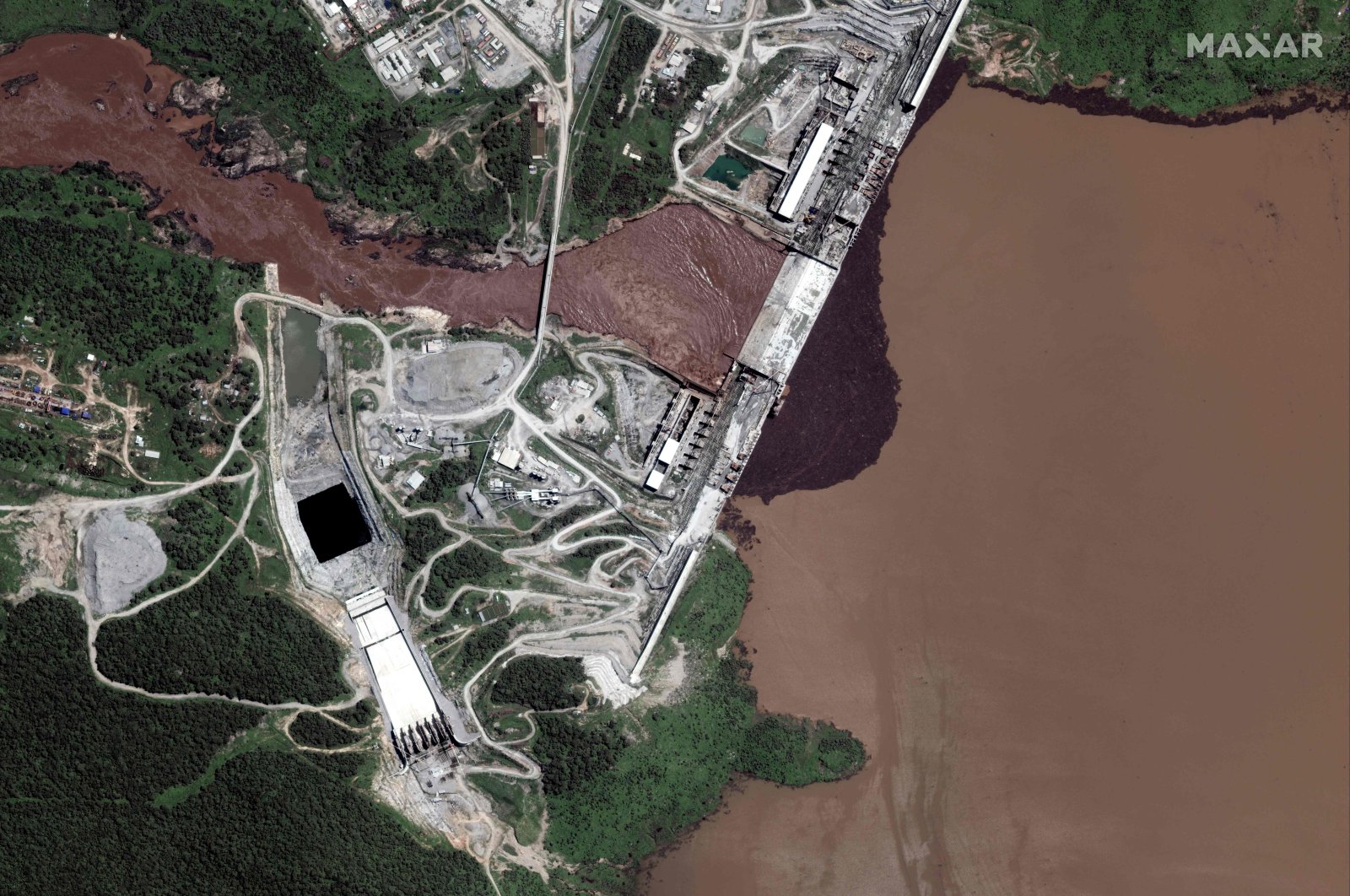 Ethiopia says it has started the next phase of filling a controversial mega-dam on the Nile River, Egyptian authorities said Monday, raising tensions ahead of an upcoming U.N. Security Council on the issue.

Egypt said the move was "a violation of international laws and norms that regulate projects built on the shared basins of international rivers," and had expressed its "firm rejection of this unilateral measure," its irrigation ministry said in a statement late Monday.

The Grand Ethiopian Renaissance Dam, which is set to be Africa's largest hydroelectric project when completed, is the source of an almost decadelong diplomatic standoff between Addis Ababa and downstream nations Egypt and Sudan.

Ethiopia says the project is essential to its development, but Cairo and Khartoum fear it could restrict their citizens' water access. Both countries have been pushing the capital, Addis Ababa, to ink a binding deal over the filling and operation of the dam, and have been urging the U.N. Security Council to take the matter up in recent weeks.

Tunisia requested Thursday's meeting on Egypt and Sudan's behalf, a diplomatic source told Agence France-Presse (AFP). But France's ambassador to the U.N. said last week that the council itself could do little apart from bringing the sides together.

In one note to the U.N., Egypt's Foreign Minister Sameh Shoukry said that negotiations are at an impasse, and accused Ethiopia of adopting "a policy of intransigence that undermined our collective endeavors to reach an agreement."

Addis Ababa had previously announced it would proceed to the second stage of filling in July, with or without a deal.

The Nile at some 6,000 kilometers (3,700 miles) is the longest river in the world. It is an essential source of water and electricity for dozens of countries in East Africa. Egypt, which depends on the Nile for about 97% of its irrigation and drinking water, sees the dam as an existential threat.

Sudan hopes the project will regulate annual flooding but fears its dams would be harmed without agreement on the Ethiopian operation. The 145-meter (475-foot) mega-dam, on which construction began in 2011, has a capacity of 74 billion cubic meters (bcm).

Filling began last year, with Ethiopia announcing in July 2020 it had hit its target of 4.9 bcm – enough to test the dam's first two turbines, an important milestone on the way toward actually producing energy.

The goal is to impound an additional 13.5 bcm this year. Egypt and Sudan wanted a trilateral agreement on the dam's operations to be reached before any filling began. But Ethiopia says it is a natural part of the construction and is thus impossible to postpone. Last year, Sudan said the process caused water shortages, including in the capital Khartoum, a claim Ethiopia disputed.

In April, Sudan's water minister, Yasser Abbas, warned that if Ethiopia went ahead with the second stage filling, Sudan "would file lawsuits against the Italian company constructing the dam and the Ethiopian government." He said the lawsuits would highlight that the "environmental and social impact, as well as the dangers of the dam," have not been taken into adequate consideration.