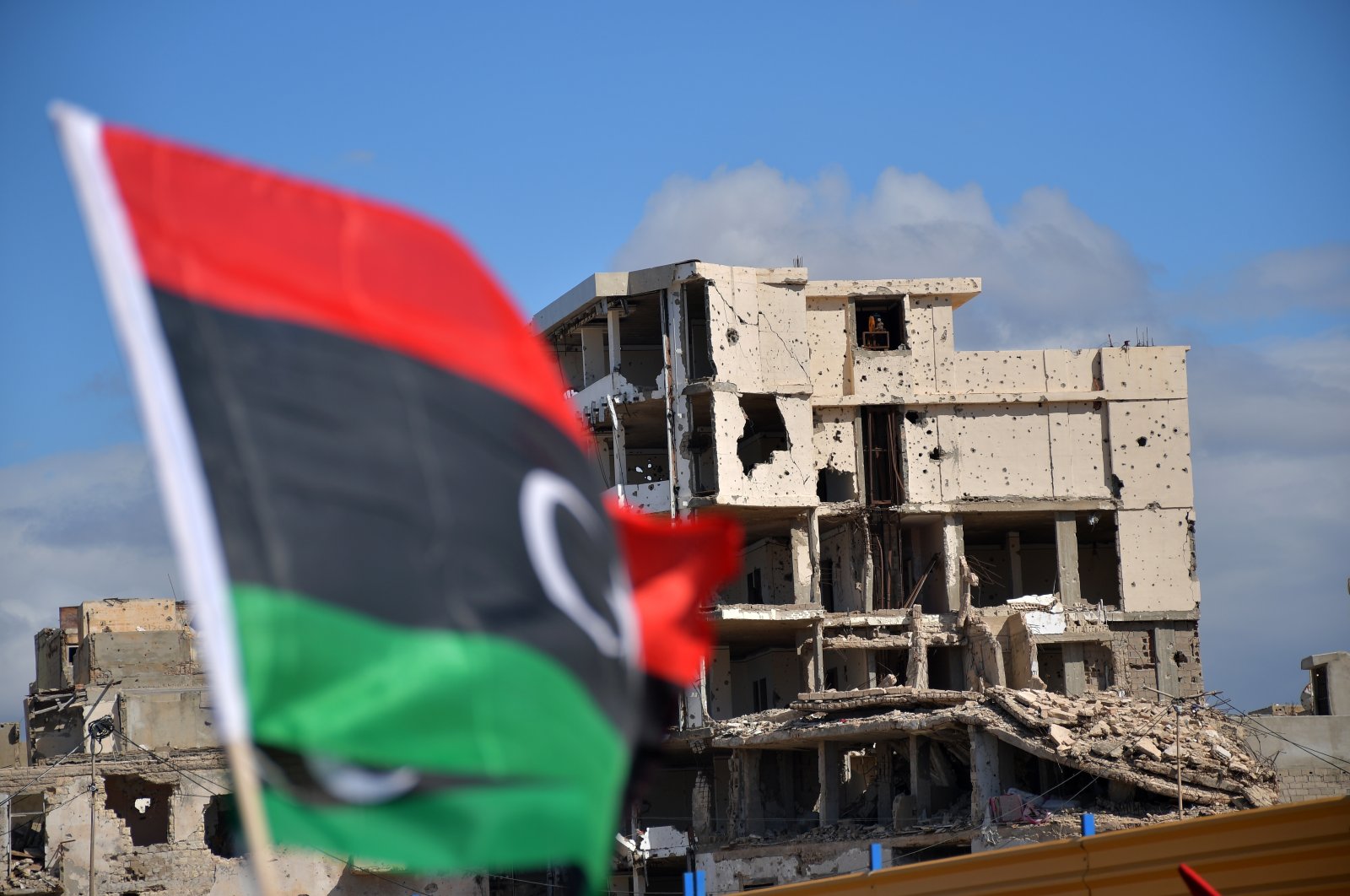 A damaged building is seen as Libyans mark the 10th anniversary of the 2011 uprising that led to the ousting and killing of longtime ruler Moammar Gadhafi, in Benghazi, Libya, Feb. 17, 2021. (AP Photo)
by DAILY SABAH WITH AGENCIES Feb 20, 2021 6:27 pm
RECOMMENDED

In a key section of a report to the U.N. Security Council (UNSC) obtained Saturday by The Associated Press (AP), the panel of experts outlined “a well-funded private military company operation” called “Project Opus” designed to provide military equipment to eastern-based illegitimate forces under the command of Haftar.

“The Project Opus plan also included a component to kidnap or terminate individuals regarded as high-value targets in Libya,” the experts said.

Prince and another man named in the report denied any wrongdoing. The panel of experts report said it identified “Project Opus” in June 2019.

In April 2019, Haftar forces, mainly backed by Russia, Egypt and the UAE, launched an offensive to try and capture Tripoli from the U.N.-recognized legitimate Government of National Accord (GNA), backed by Turkey and Qatar. His campaign collapsed after Turkey stepped up its military support of the GNA. An October cease-fire agreement led to an agreement on a transitional government and elections scheduled for Dec. 24.

It was reported that further investigations “identified that Erik Prince made a proposal for the operation to Khalifa Haftar in Cairo, Egypt on, or about, April 14, 2019.”

The report said it, therefore, finds that Prince violated the 2011 UNSC resolution imposing an arms embargo against Libya “in that, at the very least, he ... assisted in the evasion of, the provisions of the arms embargo in Libya.”

Prince, founder of the controversial security firm Blackwater, soared to notoriety after Blackwater employees in 2007 shot and killed 17 Iraqi civilians in central Baghdad during the Iraq War. After the scandal, the company’s name was changed and Prince sold his shares to a private equity fund. He reportedly now heads a private equity fund focused on investments in frontier emerging markets. Prince was accused of acting as a backchannel on behalf of former President Donald Trump. His sister, Betsy DeVos, was the secretary of education in the Trump administration.

The panel of experts also said “three United Arab Emirates-based companies were primarily used for the planning, management and finance of the operation” under Project Opus.

The companies were “controlled and managed” by Christiaan Paul Durrant of Australia and a woman from the United Kingdom, with the ground team leader from South Africa.

The panel said “all three companies and individuals were found ... to have violated” the 2011 council resolution “in that they had each violated, or assisted in the evasion of, the provisions of the arms embargo in Libya.”

It said the UAE, which could provide a lot of assistance to the panel, has not responded to any panel requests for information, “and the responses from Jordan and South Africa provided little of the substantive information requested by the panel.”

According to the experts, the helicopter and maritime interdiction component of Operation Opus was aborted on June 29, 2019, when Lodge decided to evacuate a team of 20 private military operatives to Malta using two special forces “rigid-hulled inflatable boats” for the 350 nautical mile voyage from the eastern Libyan city of Benghazi to Malta’s capital Valetta.

“The decision to evacuate was taken as Haftar was unimpressed with the replacement aircraft procured for the operations and made threats against the team management,” the experts said.

The panel said Project Opus private military operatives were deployed to Libya for a second time in April and May 2020 ’’in order to locate and destroy high-value targets, but this time planning to use military equipment supplied by the UAE.”

The operation was aborted, it said, because any helicopter assault would be “highly vulnerable to interdiction” by Libyan government air defense capabilities.

Amid the leaked details about the Libyan conflict, normalization efforts are ongoing in the war-torn country. Ahmed Maiteeq, deputy chairperson of Libya's Presidency Council and Finance Minister Faraj Boumtari arrived in the eastern city of Al-Bayda on Saturday to participate in a ceremony approving a unified budget for Libya.

Maiteeq said that he was also scheduled to meet with Aguila Saleh, speaker of the Tobruk-based parliament, without providing further details.

This is the first visit by a delegation representing the Tripoli-based government to the east, which is controlled by Haftar.

On Feb. 8, the United Nations Support Mission in Libya (UNSMIL) announced that rival Libyan parties agreed on a two-month unified national budget "to allow for the newly formed unified executive to decide on the full budget for 2021".

"This is the first time since 2014, Libya has one unified national budget," UNSMIL said at the time. The mission did not provide figures for revenue and expenditures in the interim budget.