US calls for foreign fighters to leave Libya, cease-fire be implemented 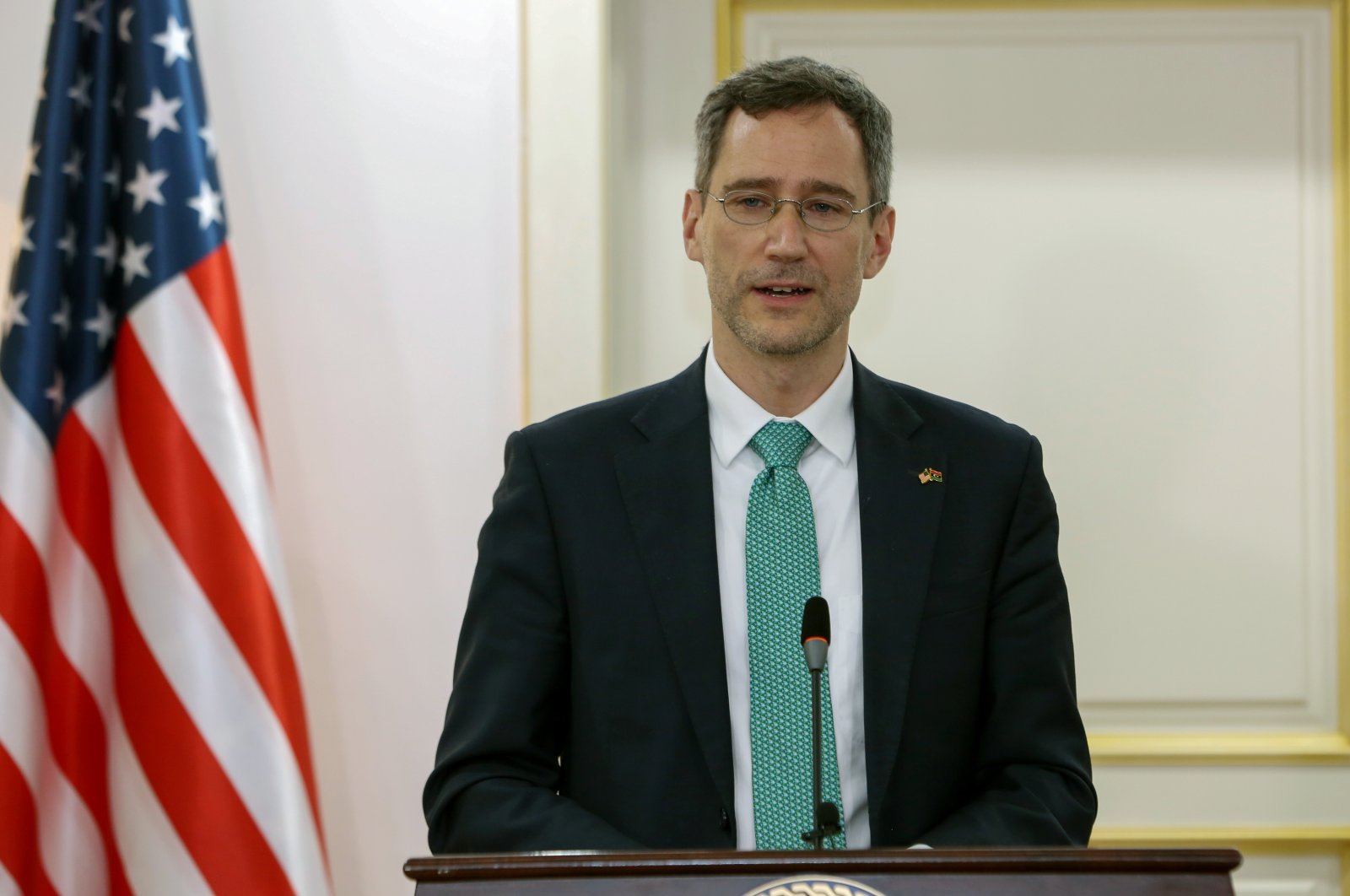 Joey Hood, the highest-ranking United States official to visit the Libyan capital Tripoli since 2014, Tuesday urged for the removal of foreign fighters and the full implementation of the cease-fire, as the war-torn country heads toward elections in December under an interim government.

"The U.S. opposes all military escalation and all foreign military intervention. We oppose foreign fighters. We oppose proxy forces," Hood, the acting assistant secretary of state for Near Eastern affairs, told a news conference.

"To this end, we are urging all sides, Libyans and foreign, to fully implement the cease-fire. This includes the removal of all foreign military forces of all types," Hood said.

"The goal of the U.S. is a sovereign, stable and unified Libya with no foreign interference and a state that is capable of combating terrorism," he said after talks with Prime Minister Abdul Hamid Dbeibah and Foreign Minister Najla al-Mangoush.

Oil-rich Libya has been torn by conflict since Western intervention toppled and killed Moammar Gadhafi in 2011.

But in October, rival groups signed a truce, setting in motion a United Nations-led process that saw a new transitional government installed.

"The agreement on an electoral road map for elections in December is very important for national reconciliation," Hood said.

Mangoush hailed the role of U.S. President Joe Biden's administration in efforts to resolve Libya's decade-old crisis and also called for a pullout of foreign fighters.

U.N. Secretary-General Antonio Guterres has said Libya has seen "no reduction of foreign fighters or of their activities" in the country.

The U.N. estimated in December that there were at least 20,000 foreign fighters and mercenaries in Libya, including elements from Syria, Russia, Sudan and Chad.

Meanwhile, there have also been worries that foreign fighters and mercenaries in Libya could risk the stability and security of the whole region.

Chad’s deputy foreign minister warned the U.N. Security Council Tuesday that mercenaries and foreign fighters from Libya are crossing into the Sahel, threatening to undermine progress made in fighting terrorism by five West African nations, which could plunge the region into violence that will be difficult to control.

Oumar Ibn Daoud also said a worsening situation in the Sahel would be harmful to Africa as a whole and could turn the continent into “a battlefield and base for international terrorism.”

The incursion of mercenaries from Libya into Chad that led to last month's death of the Chadian president of three decades, Idriss Deby Itno, “is a perfect illustration of what could happen throughout the Sahel” if appropriate measures aren’t taken by the international community.

He said more than 400 people have been killed in attacks in Burkina Faso, Mali and Niger since March.