US invites Libya's political actors to compromise for elections 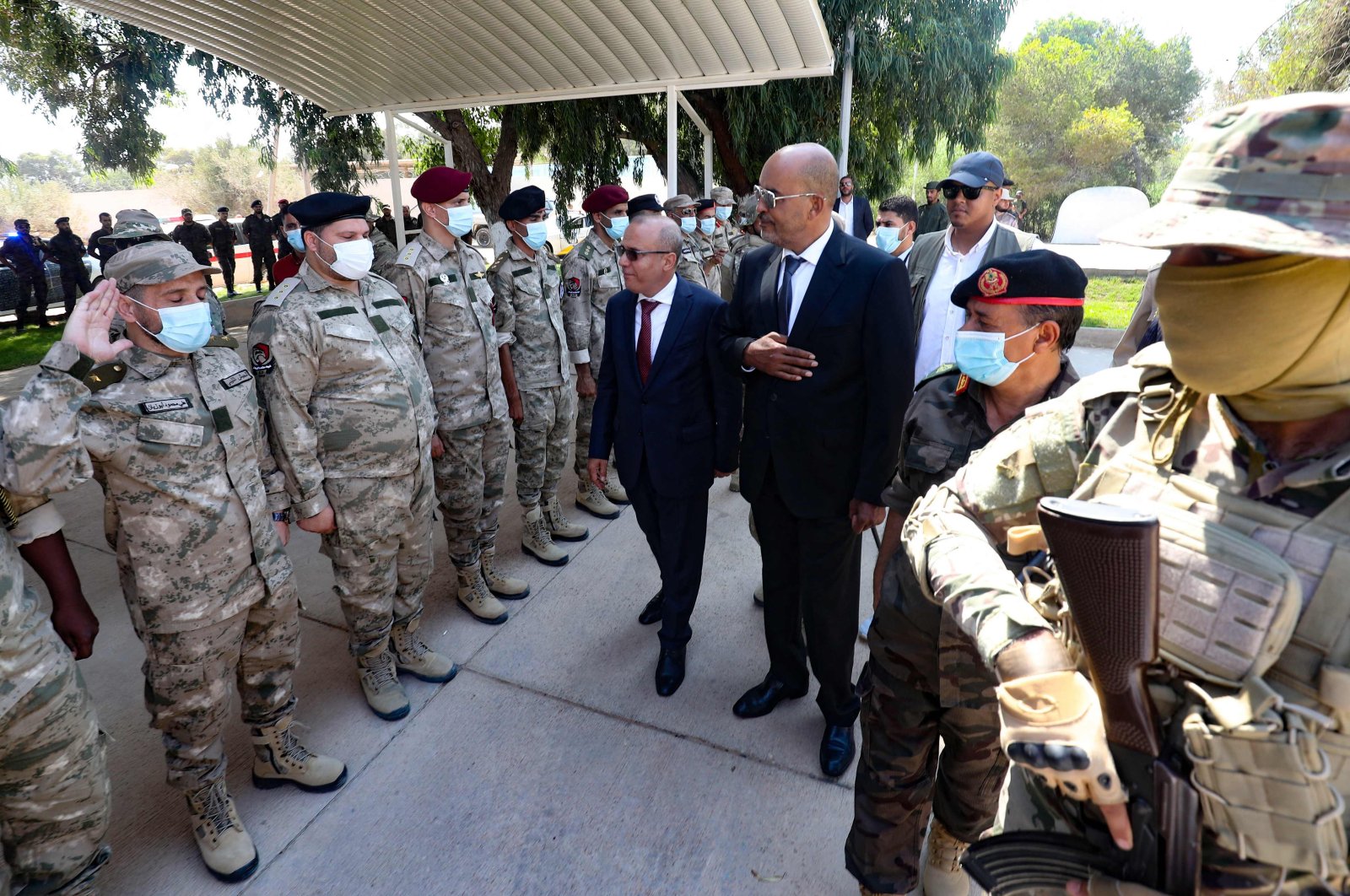 Members of Libya's Presidential Council, Moussa Al-Koni (R) and Abdullah Al-Lafi, visit a camp for Libyan special forces trained by the Turkish military, in the coastal city al-Khums, about 120kms east of the capital Tripoli, on August 15, 2021. (Photo by Mahmud TURKIA / AFP)
by DAILY SABAH Aug 17, 2021 10:38 am
RECOMMENDED

Political actors in Libya must achieve the necessary compromise in order to meet the expectations of the people for fair and free elections, the United States ambassador to Libya, Richard Norland, said Tuesday.

Norland visited Egypt, Turkey and Morocco between Aug. 10 and 16, and met with senior officials, according to a written statement from the U.S. State Department.

Focusing on the urgency of establishing the legal framework and constitutional ground needed for the parliamentary and presidential elections to be held on Dec. 24, Norland said that as a necessary step toward a stable, united and democratic Libya, prominent Libyan figures must ensure the necessary compromise to meet the people's expectations for fair and free elections.

The ambassador also underlined that the continued development and stability of the political and security process in the country would lead to greater economic opportunities, foreign investment and the well-being of Libyans.

Norland, who also met with putschist Gen. Khalifa Haftar, the leader of the illegitimate armed forces in eastern Libya, in Cairo, the capital of Egypt, expressed the U.S. support for the Libyan people to elect their leaders through an open and democratic process.

The U.S. ambassador to Libya on Friday paid a visit to Turkey for talks with top Turkish officials on boosting U.S. support for Libya's general elections set for this December.

The envoy's visit comes after Libyan delegates failed to reach an agreement for the December elections.

On Feb. 5, Libya's rival political groups agreed during United Nations-mediated talks to form an interim unity government to lead the country to elections this December.

On March 16, an elected transitional authority, made up of a unity government and a presidential council, assumed their duties to lead the country through a transitional phase to parliamentary and presidential elections slated for Dec. 24.