US sanctions Eritrean official over rights abuse in Tigray 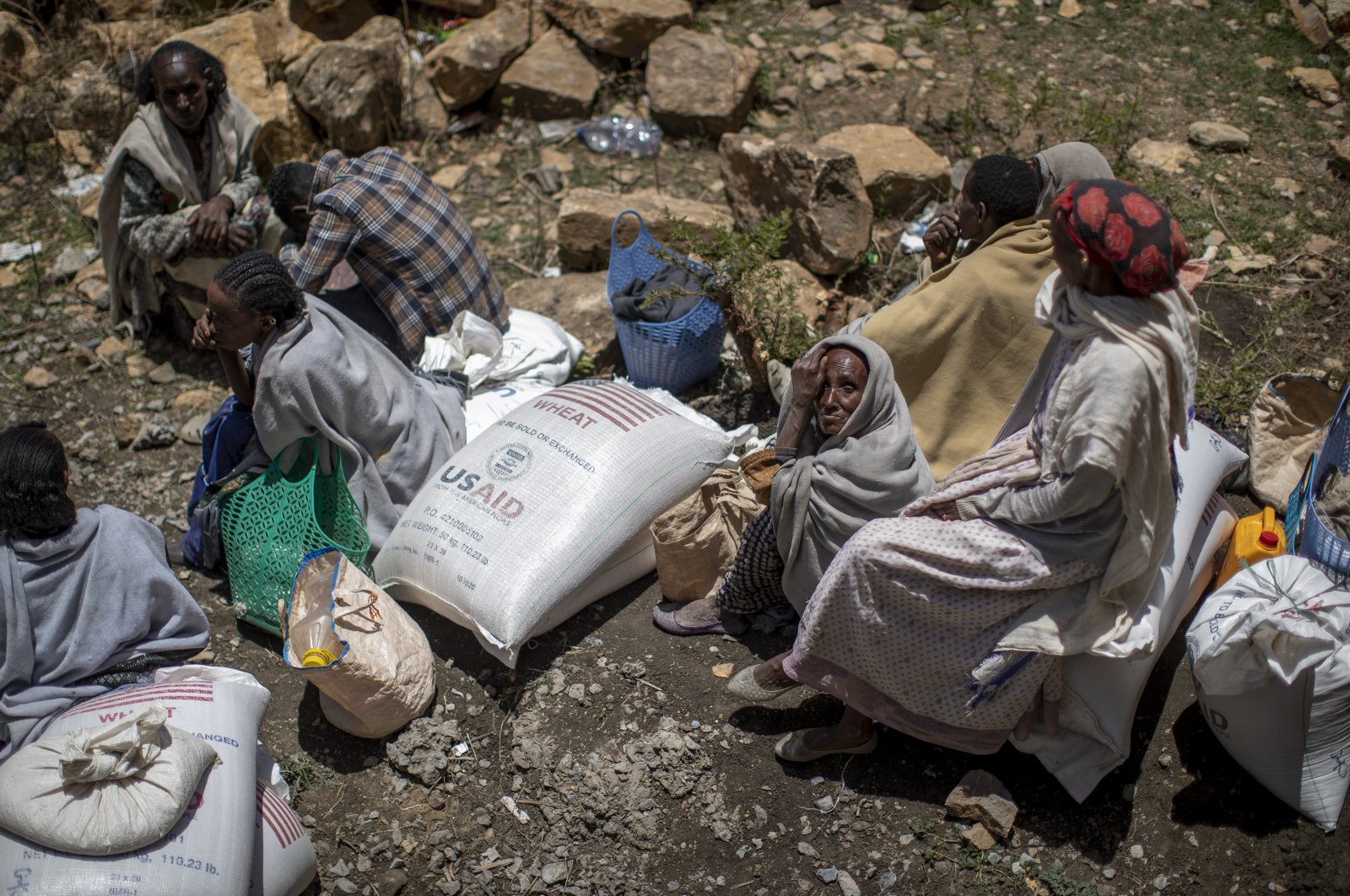 An elderly Ethiopian woman sits next to a sack of wheat after it was distributed to her by the Relief Society of Tigray in the town of Agula, in the Tigray region of northern Ethiopia, May 8, 2021. (AP Photo)
by Agencies Aug 23, 2021 5:59 pm
RECOMMENDED

A senior Eritrean military official was slapped with sanctions by the United States over "serious human rights abuse" during the conflict in Ethiopia's Tigray.

The U.S. Treasury Department said forces under the command of General Filipos Woldeyohannes, chief of staff of the Eritrean Defense Forces (EDF), are responsible for "massacres, looting and sexual assaults."

"The Treasury Department will continue to take action against those involved in serious human rights abuse around the world, including in the Tigray region of Ethiopia," said Andrea Gacki, director of the department's Office of Foreign Assets Control.

"Such acts further exacerbate the ongoing conflict and humanitarian crisis," Gacki said in a statement.

"We urge Eritrea to immediately and permanently withdraw its forces from Ethiopia, and urge the parties to the conflict to begin cease-fire negotiations and end human rights abuses," Gacki said.

Washington has repeatedly called for Eritrean troops to withdraw from Tigray, where thousands have been killed and over 2 million displaced. The U.S. Agency for International Development (USAID) also warned that the Tigray region will this week run out of food to deliver to millions of people who are already living in famine-like conditions.

"Today’s action demonstrates the United States’ commitment to imposing costs on those responsible for these despicable acts, which worsen a conflict that has led to tremendous suffering by Ethiopians," Gacki said.

War broke out in November between the federal army and forces loyal to the Tigray People's Liberation Front (TPLF) that controls the region.

The government declared victory at the end of that month, after seizing the regional capital Mekele. But the TPLF kept fighting and at the end of June retook Mekele and most of Tigray after government soldiers withdrew.