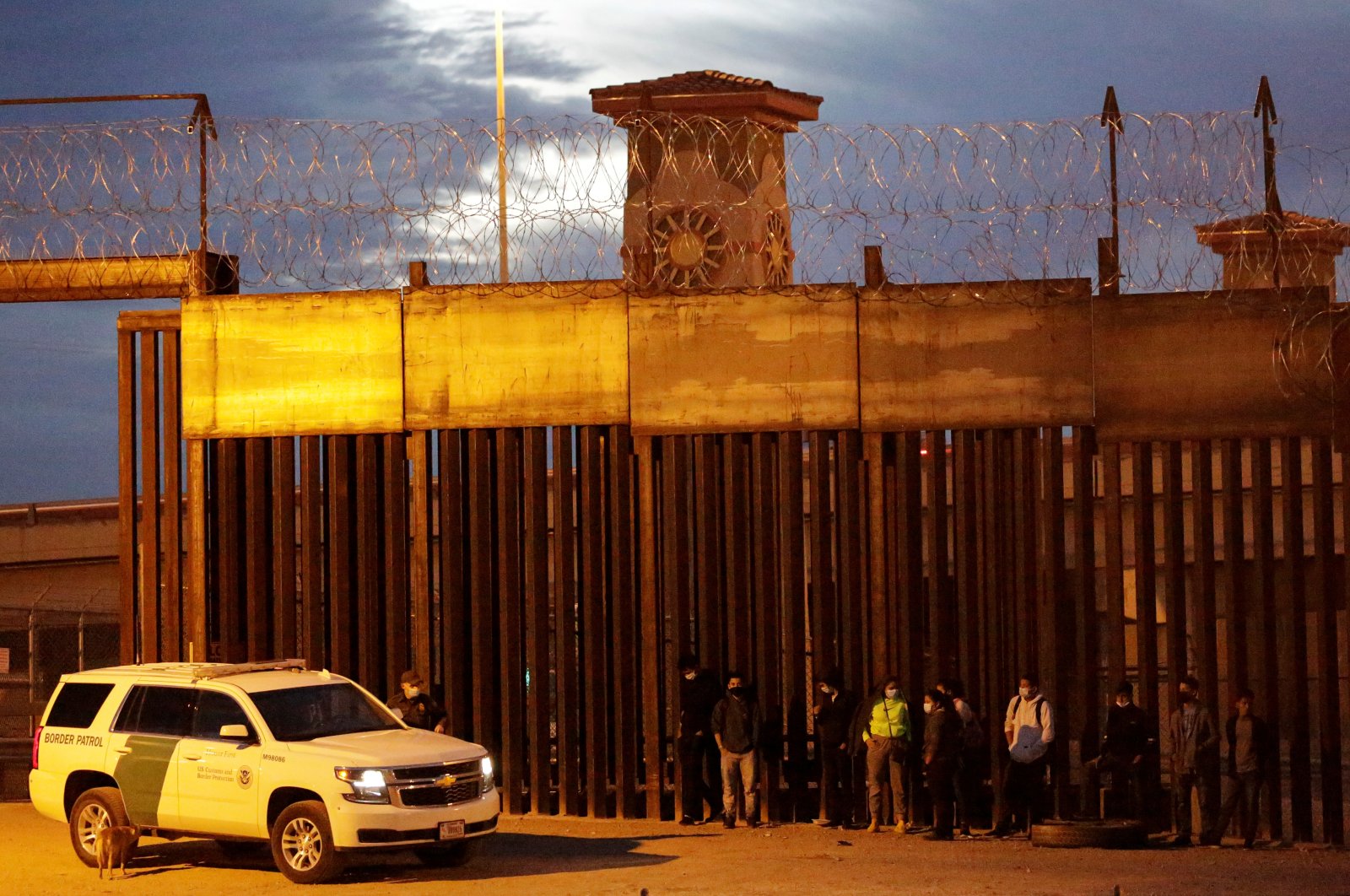 Migrants are detained by a U.S. Border Patrol agent as they turn themselves in to request asylum, after crossing into El Paso, Texas, U.S., as seen from Ciudad Juarez, Mexico on Feb. 2, 2021. (Reuters Photo)
by French Press Agency - AFP Feb 03, 2021 10:35 am
RECOMMENDED

A dozen state police officers have been arrested for their alleged involvement in the deaths of 19 people, including Guatemalan migrants, whose bodies were found shot and burned near Mexico's border with the United States last month, Mexican authorities announced Tuesday.

Evidence at the site indicated that "at least 12 members" of the state police participated in the massacre, Tamaulipas State Attorney Gen. Irving Barrios said during a press conference.

Prosecutors said that on Jan. 23 two burnt-out vehicles containing human remains were found on a country road near the town of Camargo, in the northern Mexican state which borders Texas.

Preliminary investigations suggested the victims had been shot before their bodies were set alight. Most of them were believed to be migrants making their way to the U.S.

The officers have been arrested and will be charged with "probable participation in the crimes of homicide, abuse of authority and performance of administrative functions and falsification of reports given to an authority," the prosecutor said.

Relatives of migrants in Guatemala said family members who were crossing Mexico with the help of smugglers to reach the U.S. could be among the victims.

Prosecutors worked with Guatemalan consular authorities on DNA analysis to identify two Guatemalans and two Mexicans among the victims.

Camargo, a town of about 15,000 people, borders the U.S. state of Texas and is near the Mexican state of Nuevo Leon. The region sees frequent clashes between the Noreste cartel, which controls a part of Nuevo Leon, and the Gulf syndicate, which has been active in Tamaulipas for decades.

In January 2019, in the neighboring town of Miguel Aleman, 24 corpses were found, of which 15 were burned. In August 2010, a group of 72 undocumented migrants were killed in San Fernando, in Tamaulipas.

Authorities said the massacre was perpetrated by the Zetas cartel, one of the most powerful at the time. Tamaulipas, on Mexico's Gulf coast, is the shortest route to the U.S. but also the most dangerous because of the presence of criminal gangs, which kidnap, extort and murder migrants.

Cartel-related violence has beset Mexico since 2006, with more than 300,000 killings since then. The country recorded 34,523 assassinations in 2020, a slight decrease on the previous year's figure, which was a record high since official tallies began.