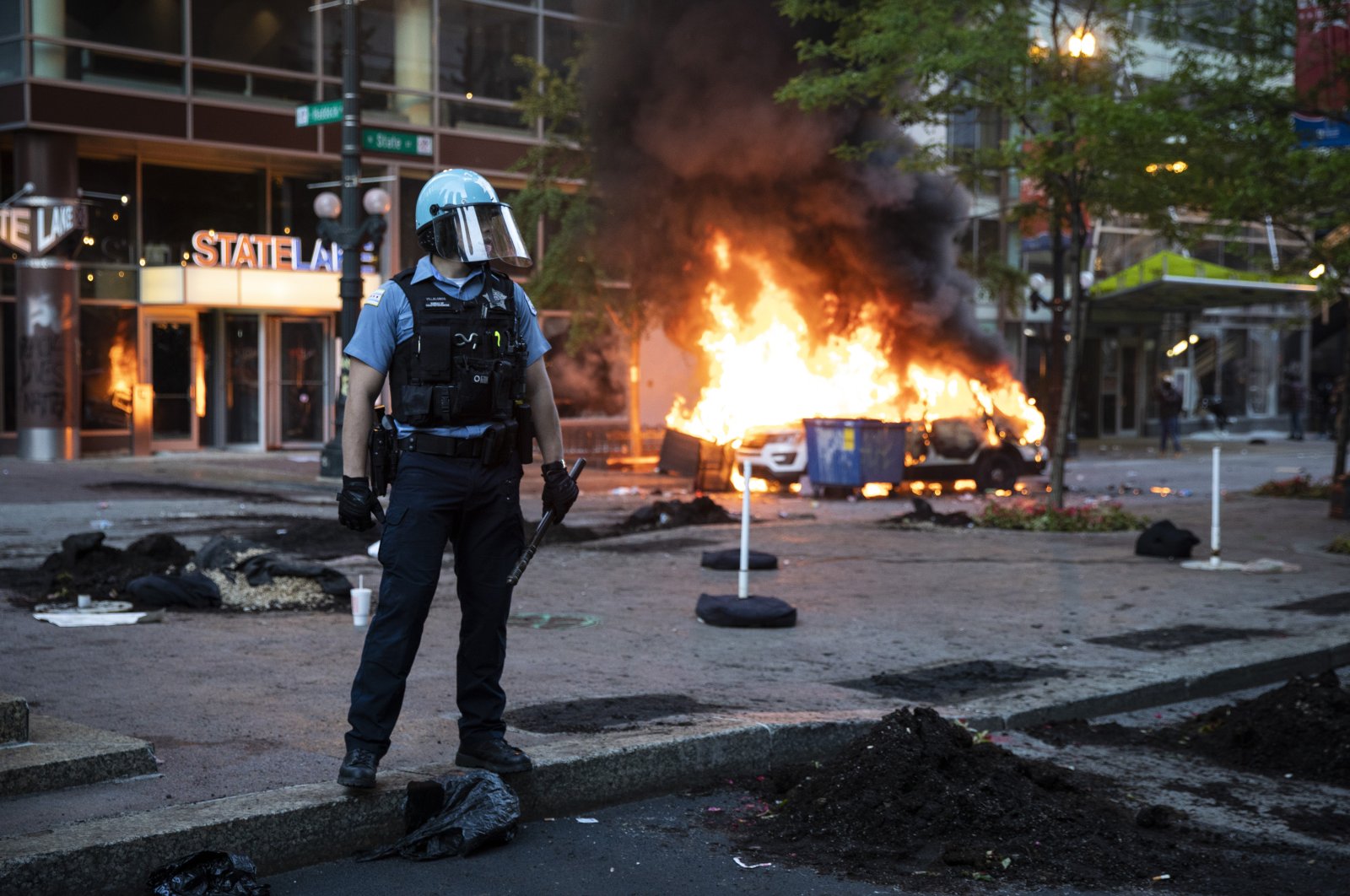 A Chicago Police Department SUV is set on fire near State and Lake in the Loop in Chicago, Illinois, U.S. May 30, 2020, as thousands of protesters joined national outrage over the death of George Floyd, who died in police custody on Memorial Day in Minneapolis. (Chicago Sun-Times via AP)
by ASSOCIATED PRESS
Jun 02, 2020 8:01 am

A vehicle plowed through a group of law enforcement officers at a George Floyd demonstration Monday night in Buffalo, injuring at least two.

Video posted by a bystander shows a line of police officers, backed up by an armored personnel carrier, rushing and tackling a man who was being interviewed by a man with a TV camera about 9:30 p.m. Other officers used batons to whack at protesters, who scattered.

Moments later, there was the sound of firearms discharging off camera, then officers ran as an SUV barreled through a cluster of officers. At least one appeared to go under the vehicle’s wheels.

The SUV drove around an armored vehicle and sped off as more gunfire sounded.

The officers were taken to Erie County Medical Center, and authorities said their condition was stable. One is a New York State Police officer who suffered serious but not life-threatening injuries, the agency said. The other is with the Buffalo Police Department.

Erie County Executive Mark Poloncarz tweeted shortly before 11 p.m. that the driver and passengers of the vehicle were believed to be in custody.

Buffalo Police spokesman Michael DeGeorge said two people were struck by gunfire during Monday’s protest. It was not immediately known whether the shots came from police or others, he said. They were being treated at the same hospital.

As a police helicopter flew overhead, officers in armored vehicles later asked the crowd to disperse and fired tear gas within a few blocks of where the police were struck. Several stores in the area were broken into, and people were seen entering and leaving with goods. The windows of a looted convenience store were smashed and protective metal bars had been pulled aside.

One woman on her front stoop said, "I’m scared,” to a person over the phone.

As the night stretched on, the crowds thinned out and smoke swirled from trash that had been emptied out across several streets and set on fire.