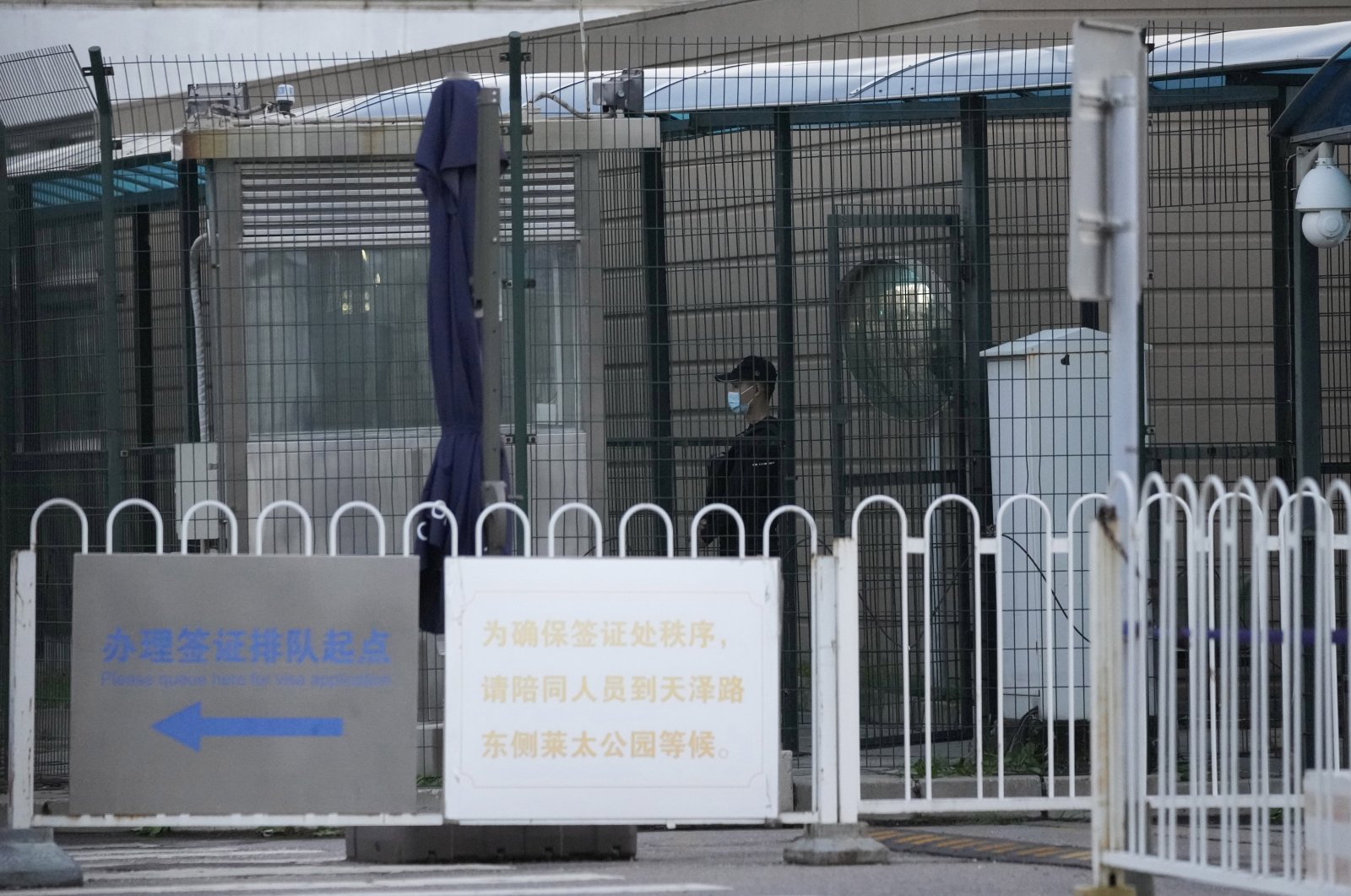 Wang Ziwei was looking forward to seeing classmates who are physically returning to campus for lessons after a semester online at Washington University in the United States. However, the 23-year-old finance student's U.S. student visa was revoked on security grounds.

Wang is among at least 500 students the Chinese government says have been rejected under a policy issued by then-President Donald Trump to block Beijing from obtaining U.S. technology with possible military uses. Students argue it is applied too broadly and fume at what they say is an accusation they are spies.

“The whole thing is nonsense,” Wang said and asked, “What do we finance students have to do with the military?”

The students join companies and individuals whose plans have been disrupted by U.S.-Chinese tension over technology and security, Beijing’s military buildup, the origins of the coronavirus, human rights and conflicting claims to the South China Sea and other territories.

The policy blocks visas for people who are affiliated with the ruling Communist Party’s military wing, the People’s Liberation Army, or universities deemed by Washington to be part of military modernization efforts.

U.S. officials say they believe thousands of Chinese students and researchers participate in programs that encourage them to transfer medical, computer and other sensitive information to China.

“Joint research institutions, academia and private firms are all being exploited to build the PLA’s future military systems – often without their knowledge or consent,” the State Department said in a 2020 report.

Trump's successor, Joe Biden, has given no indication of what he might do.

Chinese officials appealed to U.S. Deputy Secretary of State Wendy Sherman to drop the visa restrictions when she visited in July, according to The Paper, a Shanghai online news outlet.

The policy is necessary to “protect U.S. national security interests," the U.S. Embassy in Beijing said in a statement. It said the policy is a response to “some abuses of the visa process” and is “narrowly targeted.”

More than 85,000 visas for Chinese students have been approved over the past four months, according to the embassy.

“The numbers show clearly that the U.S. stands ready to issue visas to all those who are qualified – including Chinese students and scholars,” it said.

Separately, a group of 177 Stanford University professors sent an open letter this month asking the U.S. Justice Department to end the "China Initiative," another Trump-era program that investigates researchers in the U.S. The signatories of the letter say it has raised concerns about racial profiling and discouraged scholars from staying in or coming to the country.

China is the biggest source of foreign students in the U.S., according to government data. The number fell 20% in 2020 from the previous year but at 380,000 was nearly double that of second-ranked India.

An engineer at a state-owned aircraft manufacturer said he was turned down for a visa to accompany his wife, a visiting scholar in California studying pediatric cancer.

The engineer, who would give only his surname, Huang, has undergraduate and graduate degrees from the Harbin Institute of Technology in China’s northeast. It is one of seven schools Chinese news reports say are associated with visa rejections because they are affiliated with the Ministry of Industry and Information Technology.

“I was insulted,” Huang said and asked, “That I graduated from this school means I am a spy? What’s the difference between this and racism?”

Huang said his wife's fellowship was two to three years, but she will cut that to one, “sacrificing her career” to avoid being away from their two children for too long.

“It’s a pretty big impact on individuals when one country fights with another,” Huang said.

Rejection letters received by several students cited Trump's order but gave no details of the decision. However, some students said they received rejections immediately after being asked which university they attended.

Wang, the finance student, said he obtained a visa, but the U.S. Embassy called later and said it was revoked.

Graduates of the Beijing University of Posts and Telecommunications also say they have been rejected.

Five Chinese scientists at U.S. universities in California and Indiana were charged last year with lying about possible military connections on visa applications. Those charges were dropped in July after the Justice Department said an FBI report indicated such offenses often had no connection to technology theft.

The Chinese government complained in August that three students who had visas were refused entry into the U.S. at Houston Airport after military training photos were found in their phones.

A group that says it represents more than 2,000 students and scholars has announced plans for a lawsuit asking a court to throw out or narrow the restrictions.

At Washington University in St. Louis, a "handful of student visas” were affected, according to Kurt Dirks, vice chancellor for international affairs.

Students can start the semester online or wait until next year, Dirks said in an email.

“Should they continue to face challenges, the university will work with them so they can complete their program online,” Dirks said.

Monica Ma, 23, said she was turned down for a U.S. visa to complete a master's degree in information management at Carnegie Mellon University.

The graduate of the Beijing University of Posts and Telecommunications said after spending a year in Australia working on her degree, she needs to attend classes in person at Carnegie Mellon in Pittsburgh because they are no longer taught online.

Ma said she has a job offer from an internet company that requires her to complete her degree. She has postponed her attendance for classes until next year in hopes she can obtain a visa by then.

“I cannot change it through my efforts. That’s the saddest part,” Ma said.

Li Quanyi, an electrical engineering student from the southern city of Guiyang, said he was accepted by Columbia University but failed to obtain a visa. Li graduated from the Beijing University of Posts and Telecommunications.

Carnegie Mellon and Columbia did not respond to questions sent by email.

Li has moved to Hong Kong and said he is happy there.