7 killed, 24 injured in shooting at July 4 parade in Chicago area 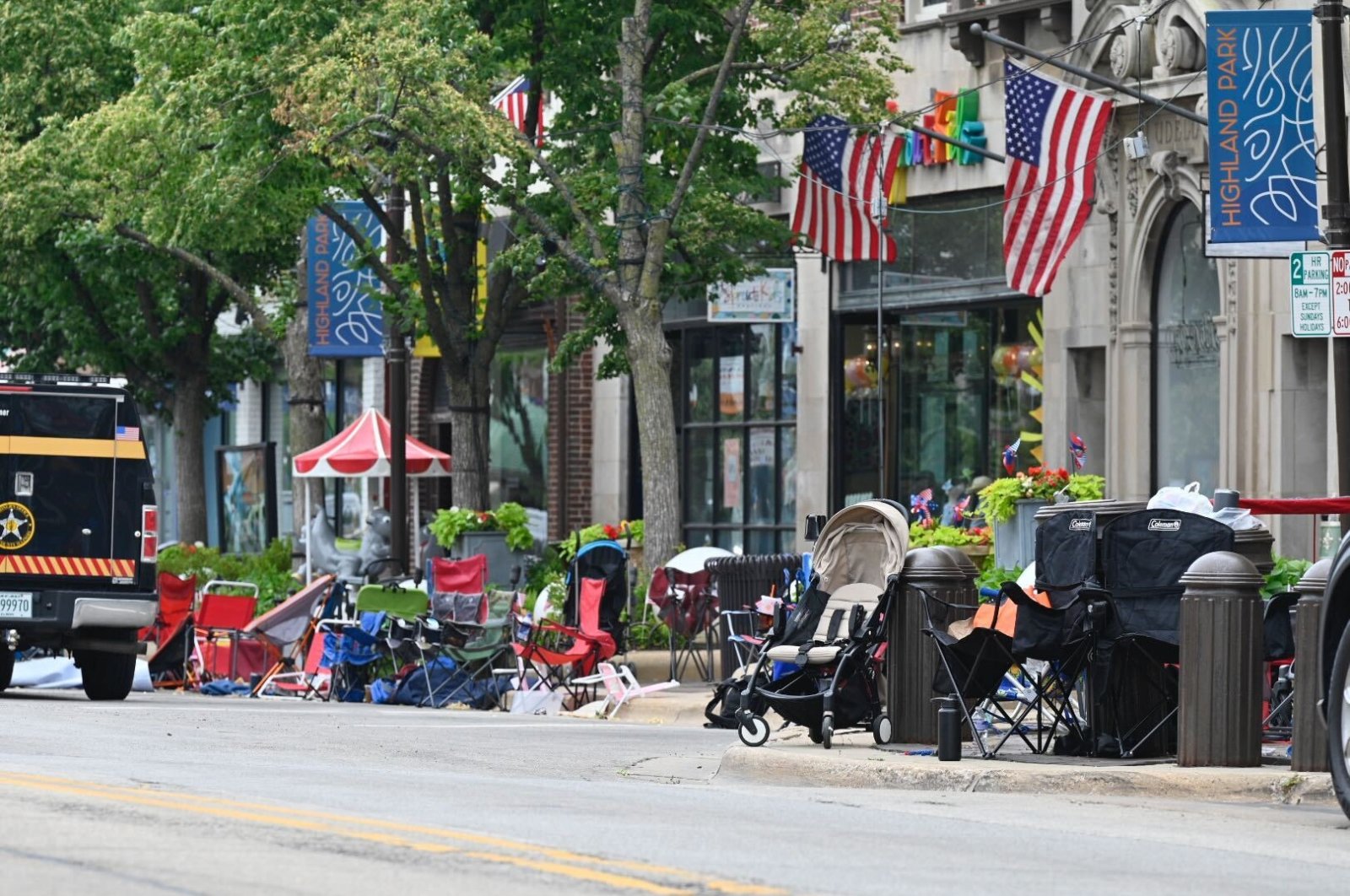 At least seven people were killed and 24 taken to hospitals after a rooftop gunman opened fire on an Independence Day parade in the U.S. state of Illinois, police said Monday.

The gunman climbed to the roof of a business using a ladder in an alley, police said. The attack turned a civic display of patriotism into a scene of mayhem.

Hours later, police announced that they had a suspect in custody after 22-year-old Robert E. Crimo III surrendered to authorities.

Crimo was identified as a "person of interest" and became the target of a massive manhunt across the town of Highland Park in Illinois, where a rooftop gunman with a high-powered rifle turned a family-focused July 4 parade celebration into a scene of death and trauma.

Firing into the holiday crowd, the shooter caused scenes of chaos as panicked onlookers ran for their lives, leaving behind a parade route strewn with chairs, abandoned balloons and personal belongings.

The shooting in Highland Park near Chicago disrupted the annual parade just after it began at 10 a.m. (3 p.m. GMT).

Emergency officials said around two dozen people, including children, were treated for gunshot injuries, with some in critical condition.

Right after shots were fired, the Midwestern state's police force tweeted: "The Illinois State Police is currently assisting Highland Park PD with an active shoot situation that occurred at the Highland Park Parade."

The Lake County Sheriff's Office, which is responsible for the area that includes Highland Park, the city near Chicago where the shooting took place, also said it was assisting with "a shooting in the area of the Independence Day parade route."

The sheriff's office did not say whether the parade had reached that point on the route when the shots started, but the Chicago Sun-Times reported that the shooting began about 10 minutes after the parade did.

The Chicago Sun-Times reported that the parade began around 10 a.m. but was suddenly halted 10 minutes later after shots were fired.

Police told people: "Everybody disperse, please. It is not safe to be here.”

Video shot by a Sun-Times journalist after the gunfire rang out shows a band on a float continuing to play as people run past, screaming. A photo posted to social media appeared to show pools of blood near upturned chairs in downtown Highland Park.

Gina Troiani and her son were lined up with his daycare class ready to walk onto the parade route when she heard a loud sound that she believed was fireworks – until she heard people yell about a shooter.

"We just start running in the opposite direction,” she told The Associated Press (AP).

Her 5-year-old son was riding his bike decorated with red and blue curled ribbons. He and other children in the group held small American flags. The city said on its website that the festivities were to include a children’s bike and pet parade.

Troiani said she pushed her son’s bike, running through the neighborhood to get back to their car.

In a video that Troiani shot on her phone, some of the kids are visibly startled at the loud noise and they scramble to the side of the road as a siren wails nearby.

"It was just sort of chaos,” she said. "There were people that got separated from their families, looking for them. Others just dropped their wagons, grabbed their kids and started running.”

Illinois Gov. J.B. Pritzker said in a tweet that he is "closely monitoring the situation in Highland Park” and that Illinois State Police are assisting.

Debbie Glickman, a Highland Park resident, said she was on a parade float with coworkers and the group was preparing to turn onto the main route when she saw people running from the area.

She didn’t hear any noises or see anyone who appeared to be injured.

"Our community was terrorized by an act of violence that has shaken us to our core. Our hearts go out to the families of the victims during this devastating time," Highland Park Mayor Nancy Rotering told the news conference.

The shooting comes with gun violence fresh on the minds of many Americans, after a massacre on May 24 that killed 19 school children and two teachers at an elementary school in Uvalde, Texas, and the May 14 attack that killed 10 people at a grocery store in Buffalo, New York.