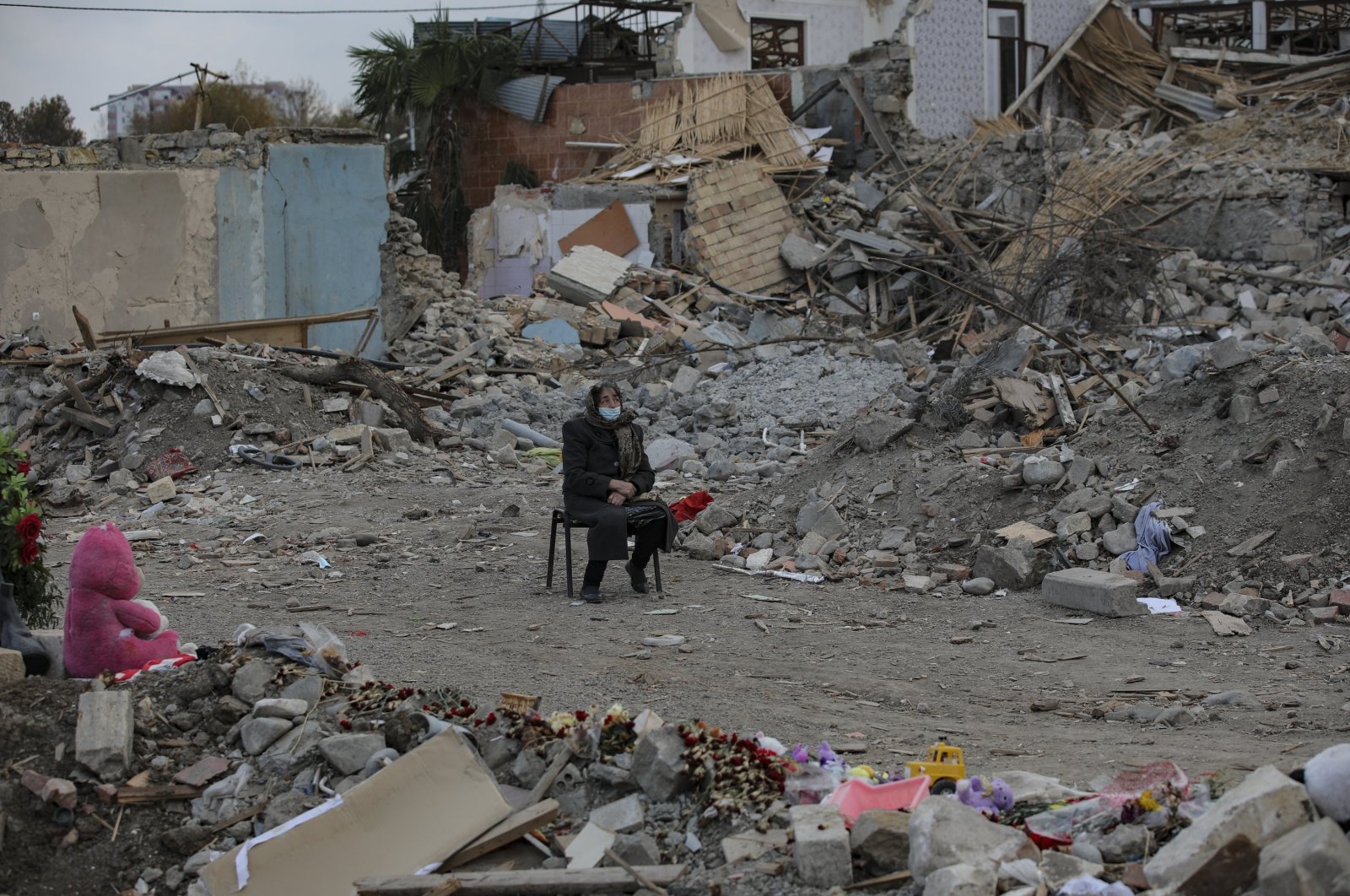 Azerbaijani Americans urged a Republican representative who is known for his pro-Armenia stance to shift his view in a more "objective" direction, pointing at the human rights violations of the Armenian forces during the occupation of the recently liberated Nagorno-Karabakh.

Writing a letter to Gus Bilirakis, the Azerbaijani American Community of Florida demanded the deputy promote peace and work "to develop stability in the region."

"We are writing to appeal to you as Florida constituents, Azerbaijanis living in the U.S. and American citizens, to take an objective position in the conflict between Armenia and Azerbaijan. As members of the Azerbaijani American Community of Florida, it is our mission to promote Azerbaijan’s rich heritage to South Florida’s diverse community. To that end, we ask that you consider the Azerbaijani point of view in what seems to be a woefully one-sided narrative in Congress, and one you can impact in your role as Co-Chair of the Congressional Caucus on Armenian Issues," the letter said.

Referring to a recent op-ed in the San Francisco Chronicle written by representatives Jackie Speier and Adam Schiff in which they called on the U.S. government to "reassert itself diplomatically and with urgency in the Nagorno Karabakh," the letter said that they agree with this call and thus felt the need to urge Bilirakis to acknowledge the Armenian atrocities in the region.

The letter first points to the fact that the so-called "Artsakh" administration does not have international recognition.

"The illegal 'Artsakh' regime is not recognized by any country, including Armenia itself. For 30 years Armenia has kept 20% of the internationally recognized territories of Azerbaijan under occupation, including the Nagorno Karabakh region and seven adjacent districts, having carried out ethnic cleansing in 1992 against all Azerbaijanis in these territories. Specifically, this regime committed war crimes and genocide against Azerbaijani civilians in the city of Khojaly," the letter said.

As a second point, the letter noted the U.N. resolutions that recognize Nagorno-Karabakh as a part of Azerbaijan.

"Azerbaijan is the only country to fall victim to the Armenian invasion and has suffered greatly as a result. UN Security Council Resolutions 822, 853, 874, 884; a 2008 General Assembly Resolution (62/243); and all UN Member States have recognized Nagorno-Karabakh as an integral part of the Republic of Azerbaijan. This confirms the sovereignty, territorial integrity, and inviolability of the internationally recognized territories of Azerbaijan and demands that Armenia immediately withdraw its troops from the occupied territories and return all Azerbaijani refugees and displaced persons to their lands," it said.

The letter then mentioned Armenia's expansionist policies in the region that lasted for decades.

“Armenia has repeatedly resorted to provocations in the Azerbaijani territories and made new territorial claims. In December, The Economist reported on the destruction of Agdam, once an Azeri city of 40,000 people ... The devastation can clearly be seen in this eyewitness video from one of the first visits to Agdam by a refugee after nearly 30 years,” it noted.

When it comes to the Armenian aggression in the region, the letter stated that the Armenian troops have deliberately targeted civilians in the occupied region.

"Armenian armed forces launched a series of rocket attacks against Azerbaijan, deliberately and intentionally targeting civilians and infrastructure. These repeated Armenian attacks – war crimes – in which cluster bombs were dropped on civilian areas far from the combat zone, killed 104 civilians and injured 416. As you know, cluster bombs are banned in much of the world because of their danger to civilians in residential areas. These vicious attacks were reported in the media, including a gut-wrenching eyewitness account of the attack on Barda, written by a New York Times reporter who was there during the attack, which killed 21 people in downtown Barda and wounded 70 people," the letter pointed out.

The Azerbaijani American community also recalled the attack on the two main cities of the then-Armenian-controlled territory of Nagorno-Karabakh, Stepanakert (Khankendi) and Shusha, which were targeted by rocket attacks, as they had been on a regular basis since fighting began in October 2020.

"These attacks were roundly condemned by international organizations, including Amnesty International, who reported on the use of cluster munitions in Barda. Amnesty’s Crisis Response experts verified pictures of 9N235 cluster munitions fragments found in a residential neighborhood in Barda from Russian-made 9M55 Smerch rockets that appeared to have been fired into the city by Armenian forces. Marie Struthers, Amnesty International’s Regional Director for Eastern Europe and Central Asia, said the use of cluster bombs in civilian areas is 'cruel and reckless, and causes untold death, injury and misery,'" the letter said, referencing the human rights group's monitoring of the region.

"Finally," the letter said, "as a result of the recent 44-day war and after 27 years of occupation, Azerbaijan liberated its own territories and brought stability and prosperity to the South Caucasus region."

Referring to the peace process led by Russia that followed Azerbaijan's victory, the letter concluded: "It is our hope that ethnic hatred, unfairness and occupation ends in this war-torn region, and that you will use your position, both as a United States Congressman and Co-Chair Congressional Caucus on Armenian Issues to promote peace and work to develop stability in the region."

Last month, Azerbaijan applied to the European Court of Human Rights (ECtHR), suing Armenia for its human rights violations during its 30-year occupation of the Nagorno-Karabakh region. Underlining that Article 33 of the European Convention on Human Rights allows states to file against another state, the statement expressed that Azerbaijan submitted its complaints about Armenia in three different sections. The statement gave the example of internally displaced people (IDPs) who were "prevented from accessing their homes, visiting places of worship and paying respect to those buried in the formerly occupied territories." Since July 2020, 101 Azerbaijani civilians have been killed, including 28 women and 12 children; 423 were wounded, including 104 women and 51 children; and 9,294 homes were destroyed or significantly damaged, the statement underscored.

Despite the end of the conflict, Azerbaijan continues to suffer casualties as an Azerbaijani civilian was killed after a mine planted by Armenian forces exploded in the region on Thursday.

In a statement, the Azerbaijani Prosecutor General's Office said the mine detonated in the Talish village of Tartar district, which had been under Armenian occupation for three decades. It was an anti-tank mine laid by Armenian soldiers during the occupation period, it added.