Azerbaijan sues Armenia in ECtHR for crimes against humanity 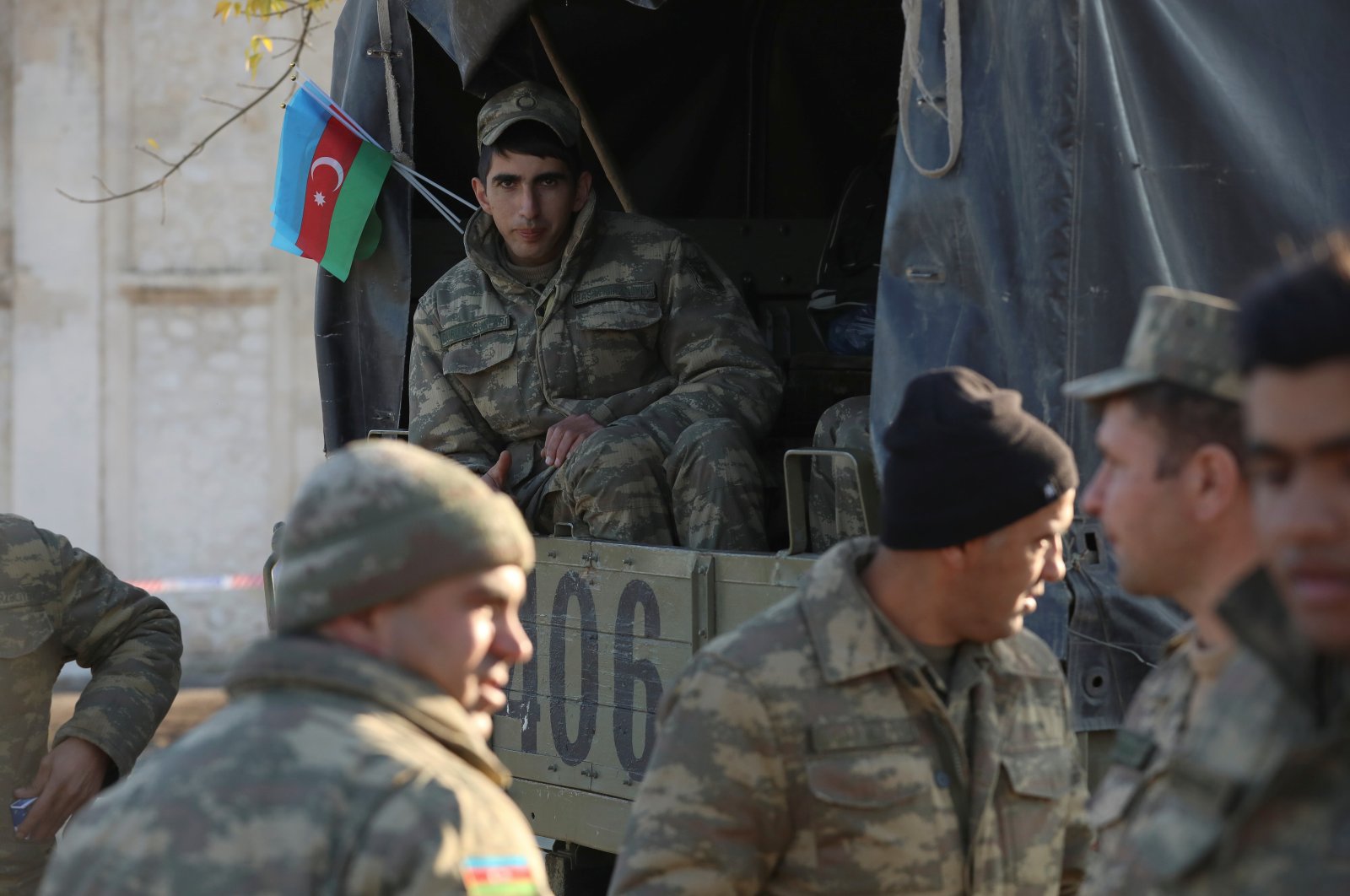 Azerbaijan applied to the European Court of Human Rights (ECtHR) last month, suing Armenia for its human rights violations during its 30-year occupation of Nagorno-Karabakh, as well as the recent 44-day conflict over the region.

According to a press release written by the Azerbaijani authorities on Thursday, an interstate application to the ECtHR was submitted, "addressing numerous egregious human rights violations by Armenia."

Underlining that Article 33 of the European Convention on Human Rights allows states to file against another state, the statement expressed that Azerbaijan submitted its complaints about Armenia in three different sections.

"The first addresses 3,890 missing Azerbaijanis in the occupied territories who were subjected to life-threatening conditions since 1991. The application states that many Azerbaijani citizens were captured by Armenian forces and were tortured and subjected to inhumane, degrading treatment," the statement said. "The complaint’s second part concerns Azerbaijani Internally Displaced Persons (IDPs) caused by the Armenian occupation."

The statement gave the example of IDPs who were "prevented from accessing their homes, visiting places of worship and paying respects to those buried in the formerly occupied territories."

"The third part of the complaint references acts against Azerbaijani civilians, infrastructure and military personnel between July 12-16, and Sept. 27-Nov. 10, 2020," it stated.

Since July 2020, 101 Azerbaijani civilians have been killed, including 28 women and 12 children; 423 were wounded, including 104 women and 51 children; and 9,294 homes were destroyed or significantly damaged, the statement underscored.

"In addition to individual property, Armenian forces also attacked government assets, including airports, roads, infrastructure, buildings, refugee settlements, factories and culturally significant sites," it continued, indicating that the referred section includes complaints about "the mistreatment of Azerbaijani prisoners of war and mutilation of the bodies of Azerbaijani military personnel by members of the Armenian Army."

After six weeks of fighting last year, Azerbaijan and Armenia signed a Russia-brokered cease-fire for the region.

Under the agreement, Armenia must provide Azerbaijan with a safe transportation link through its territory to the exclave of Nakhchivan, which borders Turkey.

The statement included remarks by Kamal Jafarov, a member of Azerbaijan's National Assembly and deputy head of the Azerbaijani delegation to the Parliamentary Assembly of the Council of Europe (PACE). Jafarov emphasized that this is not the first case in the ECtHR against Armenia on this issue.

"In the case of the Chiragov and Others v. Armenia (Judgment of 16 June 2015), the court confirmed that Armenia was responsible for violating Article 8 (the right to respect for private and family life) and Article 13 (the right to an effective remedy) of the European Convention on Human Rights, and Article 1 of Protocol 1 to the Convention (protection of property). Furthermore, ECtHR ruled that Armenia exercises effective control over Nagorno-Karabakh and the surrounding territories by providing full military, political, financial, administrative and cultural support to the self-proclaimed 'Nagorno-Karabakh Republic,'" Jafarov said.

He further expressed, "In fact, this entity was established by Armenia to avoid international legal responsibility and create legitimacy over Nagorno-Karabakh. Until now, no country in the world – including Armenia itself – did not recognize the above-mentioned illegal entity.”

“Even though there is standing case-law on the subject, this is the first interstate application against Armenia on this matter," Jafarov further clarified.

"In the previously mentioned case, the application was submitted by Azerbaijani nationals, and the court established Armenia’s responsibility because of the effective control it exercised over the occupied territories of Azerbaijan. In its present application, the Government of Azerbaijan seeks to establish Armenia’s direct responsibility for violations to the Convention based on its involvement in the conflict, such as long-range missile attacks that may have been launched from Armenian territory," he said.

"It is also no coincidence that the trilateral agreement, which put an end to the conflict, was signed by the president of Azerbaijan, the president of the Federation of Russia, and the prime minister of Armenia and no reference to any illegal entity is made therein,” stated Jafarov.

On Jan. 12, the leaders of Russia, Azerbaijan and Armenia signed a pact to develop economic ties and infrastructure to benefit the entire Caucasus region.

"The court has already notified Armenia about the application and assigned it to one of the court’s sections. Seven judges will be selected to examine the case, with proceedings expected to begin soon," the statement concluded.