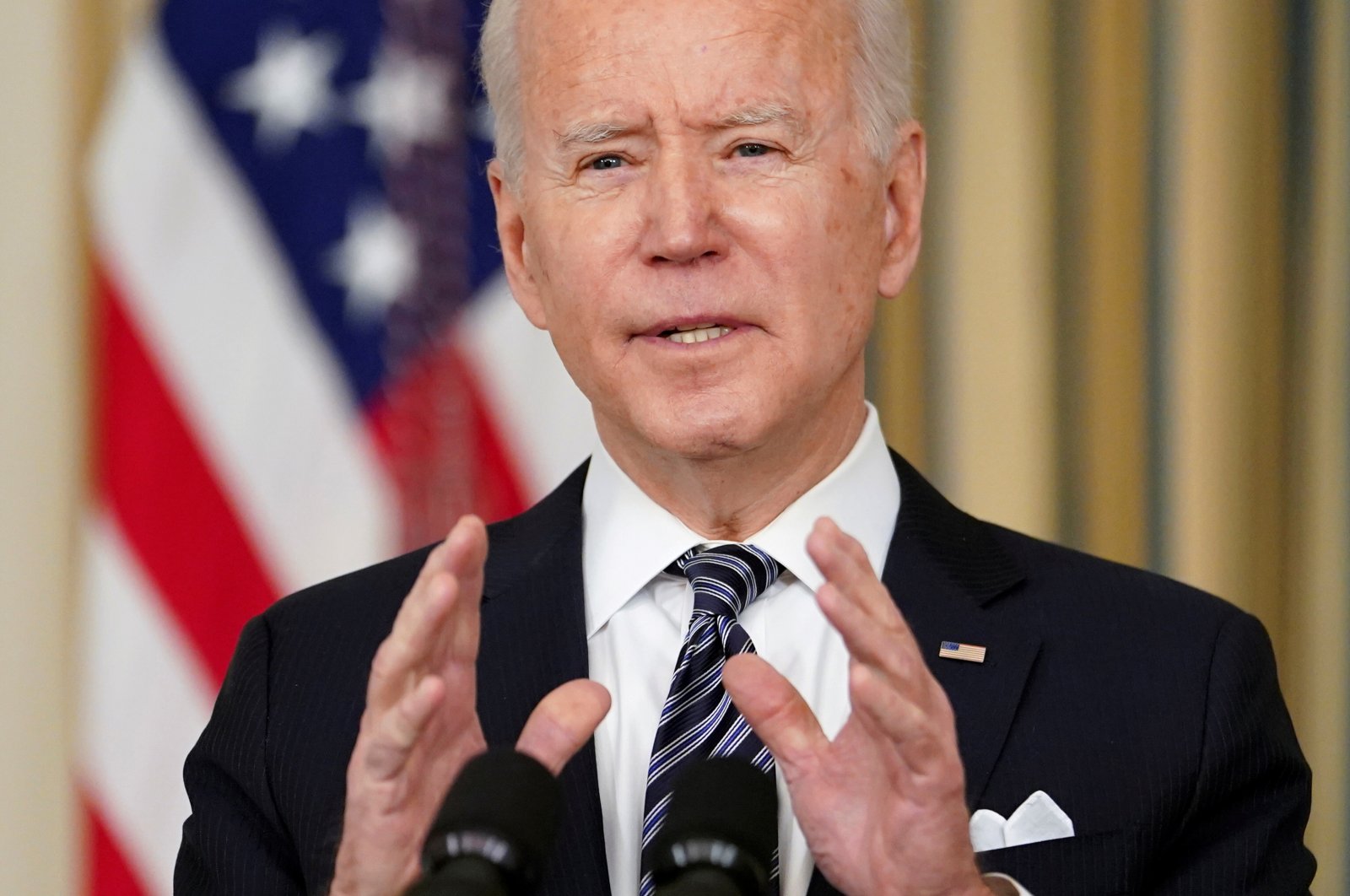 U.S. President Joe Biden speaks about the implementation of the American Rescue Plan in the State Dining Room at the White House in Washington, U.S., March 15, 2021. (Reuters Photo)
by Agencies Mar 17, 2021 5:48 pm
RECOMMENDED

U.S. President Joe Biden defended his decision to waive any punishment for Saudi Arabia's crown prince in the killing of a U.S.-based journalist, claiming that acting against the Saudi royal would have been diplomatically unprecedented for the United States.

Biden, in an ABC News interview that aired Wednesday, discussed his administration's decision to exempt Crown Prince Mohammed bin Salman (MBS) from any penalties for the Oct. 2, 2018, killing of Saudi journalist Jamal Khashoggi.

U.S. intelligence, in a report released Feb. 26, concluded that the crown prince authorized the team of Saudi security and intelligence officials that killed Khashoggi.

"We held accountable all the people in that organization - but not the crown prince, because we have never that I'm aware of when we have an alliance with a country, gone to the acting head of state and punished that person and ostracized him,” Biden said in his first extended public comments on his administration's decision, according to remarks carried by The Associated Press (AP). Biden was overstating the U.S. relationship with Saudi Arabia, however.

The United States has no treaty binding itself with Saudi Arabia, and the kingdom is not one of the Arab countries designated as a major non-NATO ally.

The U.S. often refers to the kingdom as a strategic partner because of its oil production, its status as a regional counterbalance to Iran and its counterterrorism cooperation.

Biden administration last month released the U.S. intelligence report concluding the prince's approval of the killing of Khashoggi, who at the time of his killing was living in the United States and writing critically for The Washington Post about the prince's rights abuses as he consolidated power.

The U.S. has imposed visa restrictions and penalties on the Saudi agents who killed and dismembered Khashoggi inside the Saudi Consulate in Istanbul, however he failed to punish MBS, making clear that America's strategic goals are more important.

Khashoggi had fled Saudi Arabia and was deepening his criticism of the prince in columns written for The Washington Post. When Khashoggi scheduled an Oct. 2, 2018, appointment at the Saudi Consulate in Istanbul to pick up paperwork needed for his wedding, Saudi security and intelligence officials were waiting for him there. So was Saudi security’s forensics chief, known for his techniques for rapid dissections. Khashoggi’s remains have never been found.

Biden's inaction against the prince was a turnabout from his campaign when Biden spoke scathingly of the royal family and said he wanted to make Saudi Arabia a "pariah” for the killing and other abuses.

Rights groups and some journalists organizations criticized the decision not to punish the crown prince, saying it signaled impunity for the royal and other authoritarian leaders in the future. Biden noted that he had approved releasing the intelligence report and also said he had "made it clear” to Saudi Arabia’s aging king "that things were going to change.”

King Salman, who is in his mid-80s, has allowed his son broad governing authority.

MBS, 35, has consolidated power in Saudi Arabia since his father King Salman, now 85 and ailing, became the kingdom's ruler in 2015. The prince soon after launched a Saudi-led war in neighboring Yemen that has deepened hunger and poverty in that country, opened a recently ended economic blockade of Qatar and invited the leader of another Arab country, Lebanon, for a visit and without warning, detained him.