Several Saudis removed from US intelligence report on Khashoggi 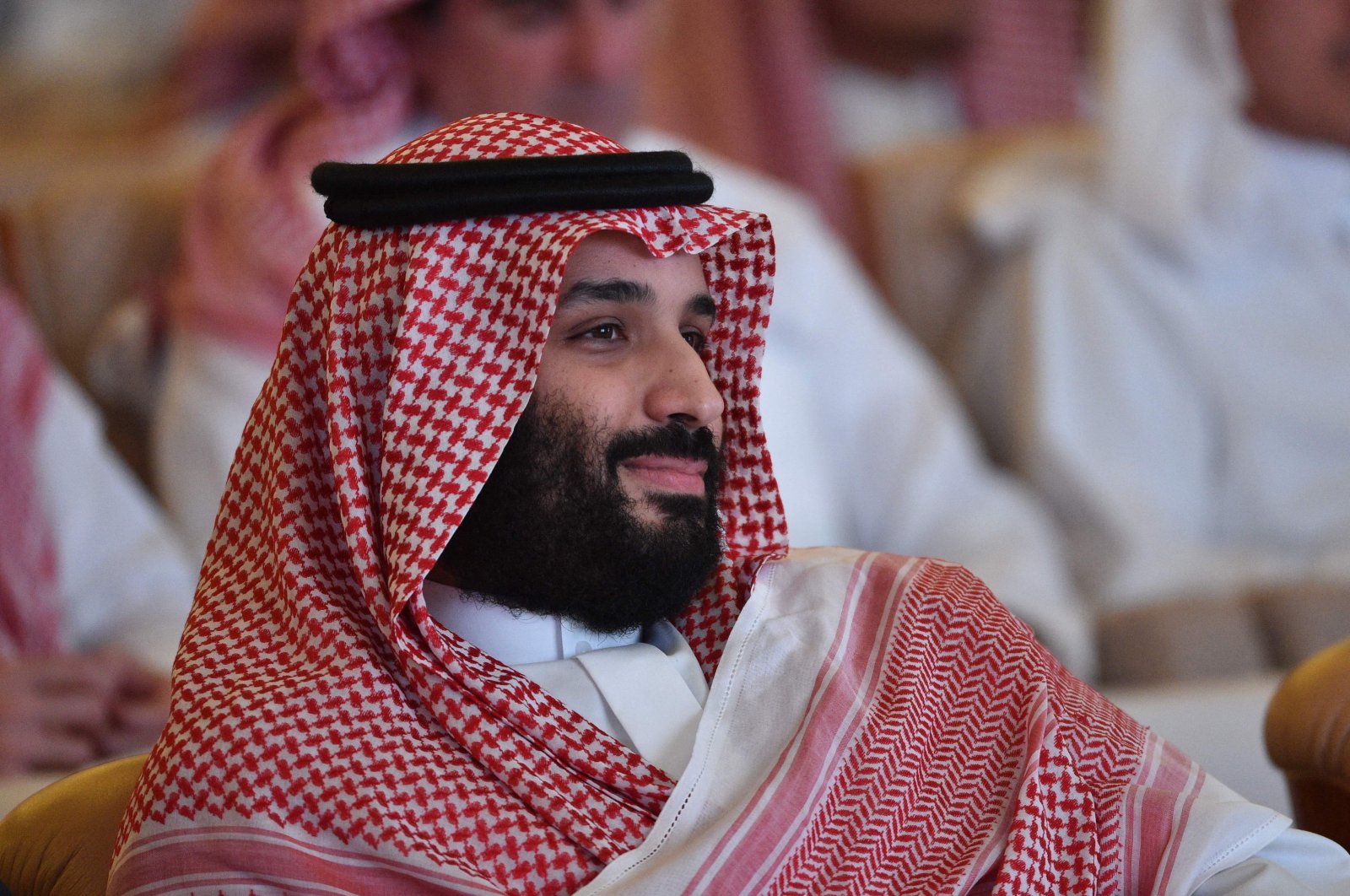 The mysterious disappearance of three men who were previously mentioned and accused of direct involvement in the Washington Post columnist's murder from the U.S. report sparks outrage, with the victim's fiancee calling for the punishment of Saudi Crown Prince Mohammed bin Salman without delay

Following the long-awaited release of the U.S. intelligence report on the Saudis responsible for Jamal Khashoggi's death, it removed without explanation three men it had initially said were complicit and replaced the report with another version.

The quiet transition of the U.S. Office of the Director of National Intelligence (ODNI) went almost unnoticed, as resentment grew that the Biden administration could not punish Saudi Crown Prince Mohammed bin Salman (MBS), despite having just stated unequivocally that MBS was responsible for the murder of the Washington Post columnist in Istanbul in 2018.

As the first link to the ODNI's report disappeared, it was replaced with another one, where three individuals were removed. Earlier the report highlighted that all of them “participated, ordered or otherwise were complicit in or responsible for the death of Jamal Khashoggi.”

ODNI declined to provide any explanation regarding why these names were originally on the list and what roles they might have played in the assassination of Khashoggi.

"We put a revised document on the website because the original one erroneously contained three names which should not have been included," an ODNI spokesperson told CNN, while a senior administration official said Friday that no new information was added to the report.

"This (is) information that has been known to the U.S. government and briefed to select committees and members of Congress over one year ago," he said according to CNN.

However, three of the names first identified by ODNI have not previously been mentioned in Khashoggi's death reports. The first of the three deleted names is Abdullah Mohammed Alhoeriny, who was not previously associated with Khashoggi's death. Alhoeriny is a brother of the minister who heads the powerful State Security Directorate that obtained confidential information regarding the state's security and survey intelligence and counterterrorism agencies.

In Saudi reports, Abdullah appears as an assistant to the chief of the counterterrorism state security service. The two other men that earlier took place on an unclassified intelligence report and then disappeared are Yasir Khalid Alsalem and Ibrahim Al-Salim. It was not immediately clear who they were.

All three are not among the 18 to which the United States imposed sanctions for the murder of Khashoggi. These 18 were listed in the revised intelligence report, whose filename on the ODNI website includes "v2" clearly indicating that this is the second version.

According to the Wayback Machine internet archive, the intelligence report was online for several hours before ODNI pulled it off.

A spokesperson for the House Intelligence Committee said that the discrepancy between the two lists of names was seen on Capitol Hill and ODNI asked for clarification.

The report, declassified by the director of national intelligence, Avril Haynes, assessed that the crown prince approved of an operation to capture or kill dissident journalist Khashoggi, whose Washington Post column had criticized the crown prince’s policies.

"We base this assessment on the Crown Prince's control of decisionmaking in the Kingdom, the direct involvement of a key adviser and members of Muhammad bin Salman's protective detail in the operation, and the Crown Prince's support for using violent measures to silence dissidents abroad, including Khashoggi," it added.

"Since 2017, the Crown Prince has had absolute control of the Kingdom's security and intelligence organizations, making it highly unlikely that Saudi officials would have carried out an operation of this nature without the Crown Prince's authorization," the report said.

"The Crown Prince viewed Khashoggi as a threat to the Kingdom and broadly supported using violent measures if necessary to silence him," it added.

The 15-member Saudi team that arrived in Istanbul on Oct. 2, 2018, included officials who worked for or were associated with the Saudi Center for Studies and Media Affairs (CSMARC) at the Royal Court. At the time of the operation, CSMARC was led by Saud Al-Qahtani, a close adviser of MBS, who claimed publicly in mid-2018 that he did not make decisions without the crown prince's approval, it added.

Khashoggi's fiancee: MBS should be "punished without delay"

While U.S. President Joe Biden is expected to make an announcement regarding relations with Saudi Arabia over the disturbing report, the Turkish fiancee of the slain Saudi journalist said on Monday that MBS should be "punished without delay" for the murder, as the United States stopped short of applying sanctions against the 35-year-old de facto leader.

"It is essential that the Crown Prince, who ordered the brutal murder of a blameless and innocent person, should be punished without delay," Khashoggi's fiancee Hatice Cengiz said in a statement posted on her official Twitter account in English and Arabic, according to Agence France-Presse (AFP).

"This will not only bring the justice we have been seeking for Jamal, but it could also prevent similar acts recurring in the future," she said.

Khashoggi was killed and dismembered at the kingdom's Istanbul consulate after going inside to receive paperwork for his wedding to Cengiz.

Cengiz said that "following this report, there is no longer any political legitimacy for the Crown Prince." But she said the U.S. report did not go far enough.

"The truth – that was already known – has been revealed one more time, and it is now confirmed ... Yet this is not enough since the truth can only be meaningful when it serves justice being achieved," she warned.

Cengiz said if the crown prince was not punished, "it will forever signal that the main culprit can get away with murder which will endanger us all and be a stain on our humanity."

The Saudi government, which initially said it had no information on Khashoggi, says it accepts responsibility for the killing but casts it as a rogue operation that did not involve the prince.