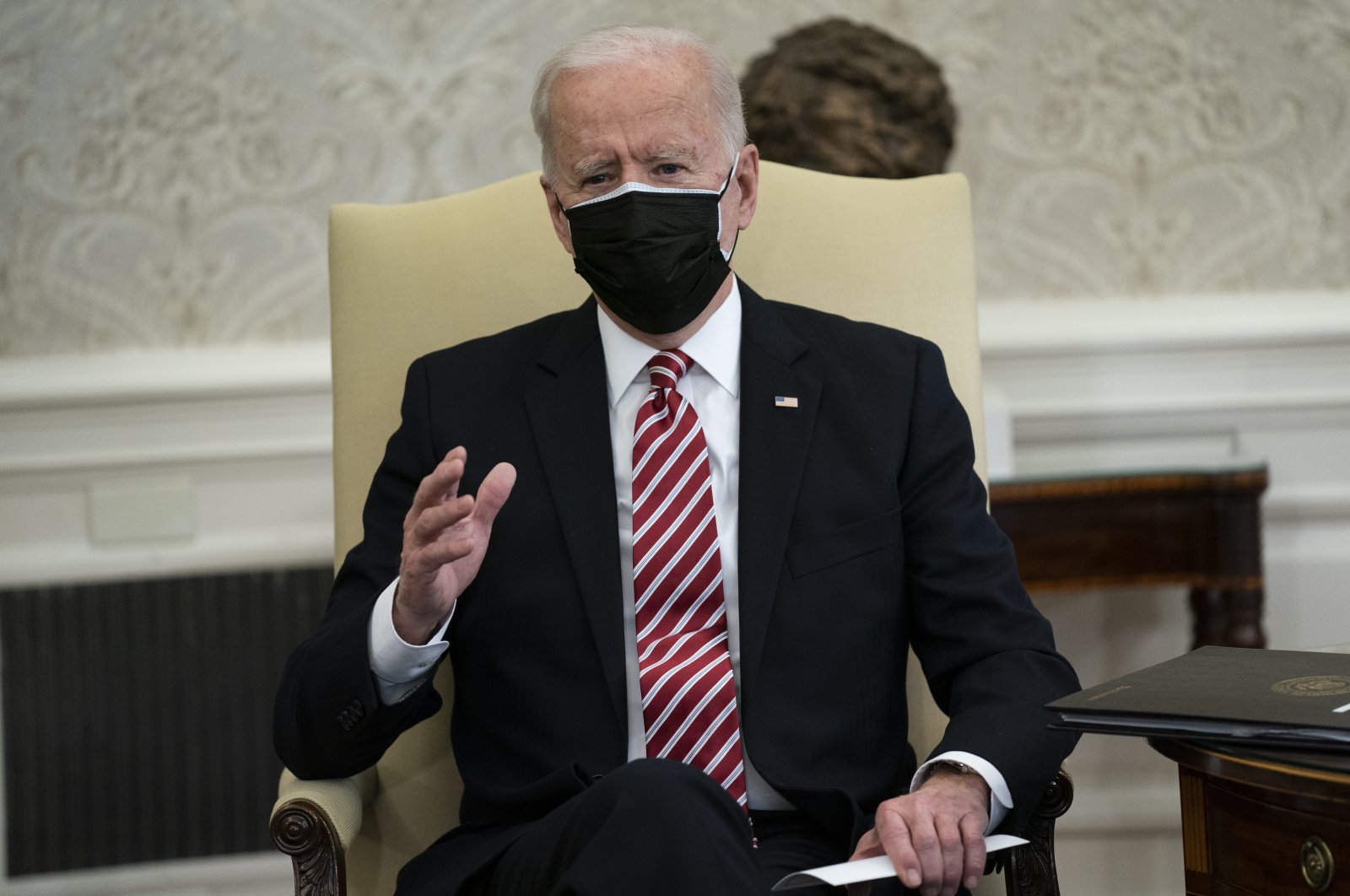 U.S. President Joe Biden will make his first big appearance on the global stage as president Friday, offering Group of Seven (G-7) allies and other foreign leaders a glimpse into his plans to dramatically reshape U.S. foreign policy even as he deals with a number of international crises that are coming to a head.

In advance of Biden’s virtual appearances at a G-7 meeting and the Munich Security Conference, the White House sought to underscore that the new administration will move quickly to reorient the U.S. away from Donald Trump’s “America First” mantra by announcing a pair of major reversals of Trump administration policies.

The State Department announced Thursday that the U.S. stands ready to rejoin talks about reentering the 2015 multilateral Iran nuclear deal abandoned by the Trump administration.

And White House officials said Biden would announce at the G-7 that the U.S. will soon begin releasing $4 billion for an international effort to bolster the purchase and distribution of coronavirus vaccines to poor nations, a program that Trump refused to support. Both the G-7 and the annual security conference are being held virtually because of the pandemic.

Biden’s turn on the world stage comes as the U.S. on Friday officially rejoins the Paris climate agreement, the largest international effort to curb global warming. Trump announced in June 2017 that he was pulling the U.S. out of the landmark accord, arguing that it would undermine the American economy.

Biden announced the U.S. intention of rejoining the accord on the first day of his presidency but had to wait 30 days for the move to go into effect. He has said that he will weave considerations about climate change into every major domestic and foreign policy decision his administration faces.

His first foray into international summitry will inevitably be perceived by some as simply an attempted course correction from Trump’s agenda. The new president, however, has made clear that his domestic and foreign policy agenda won’t be merely an erasure of the Trump years.

“I’m tired of talking about Donald Trump,” Biden lamented earlier this week at a CNN town hall in Milwaukee.

The president on the campaign trail vowed to reassert U.S. leadership in the international community, a role that Trump often shied away from while complaining that the U.S. was too frequently taken advantage of by freeloading allies.

To that end, the White House said Biden would be encouraging G-7 partners to make good on their pledges to COVAX, an initiative by the World Health Organization (WHO) to improve access to vaccines, even as he reopens the U.S. spigot.

Trump had withdrawn the U.S. from WHO and refused to join more than 190 countries in the COVAX program. The former president accused WHO of covering up China’s missteps in handling the virus at the start of the public health crisis that unraveled a strong U.S. economy.

It remains to be seen how G-7 allies will take Biden’s calls for greater international cooperation on vaccine distribution given that the U.S. refused to take part in the initiative under Trump and that there are growing calls for the Biden administration to distribute some U.S.-manufactured vaccine supplies overseas.

French President Emmanuel Macron, in an interview Thursday with the Financial Times, called on the U.S. and European nations to allocate up to 5% of current vaccine supplies to developing countries – the kind of vaccine diplomacy that China and Russia have begun deploying.

Biden, who announced last week that the U.S. will have enough supply of the vaccine by the end of July to inoculate 300 million people, remains focused for now on making sure every American is vaccinated, administration officials say.

Britain, which holds the rotating chair of the G-7 and is trying to recast itself as a steward of the rules-based international system following Brexit, will ask members to help speed up the development of future vaccines to 100 days. Prime Minister Boris Johnson is keen to build ties with Biden, who did not support Brexit and who, as a presidential candidate, last year publicly warned Britain against endangering peace in Ireland. Johnson has said he is interested in the idea of a global treaty on pandemics to ensure proper transparency after the COVID-19 outbreak which originated in China.

Britain, which has pledged 548 million pounds ($766 million) to the COVAX program, will ask other G-7 partners to give more, according to Reuters.

Allies will also be listening closely to hear what Biden has to say about a looming crisis with Iran.

Iran informed the International Atomic Energy Agency (IAEA) this week that it would suspend voluntary implementation next week of a provision in the 2015 deal that allowed U.N. nuclear monitors to conduct inspections of undeclared sites in Iran at short notice unless the U.S. rolled back sanctions by Feb. 23.

Secretary of State Antony Blinken on Thursday told his counterparts from France, Germany and the U.K. that the U.S. is prepared to engage in discussions with Iran in an attempt to reach an agreement on returning to full compliance of the 2015 nuclear deal, according to a joint statement by the three nations.

Trump withdrew the U.S. from the pact negotiated by the Obama administration and renewed sanctions against Tehran, a step that Biden as a candidate said was shortsighted and dangerous.

But the joint statement from Blinken and the other ministers made it clear that the Biden administration continues to expect Iran to return to full compliance with the 2015 deal before the U.S. reengages. It also urged Iran to “consider the consequences of such grave action, particularly at this time of renewed diplomatic opportunity.”

Biden has participated in the Munich Security Conference several times as a senator, vice president and most recently as a private citizen.

When Biden last addressed the conference two years ago, he sought to assure allies shellshocked by Trump’s “America First” policies that “this too shall pass.”

“We will be back,” Biden told attendees, according to remarks carried by The Associated Press (AP). “Don’t have any doubt about that.”

Besides Biden, Italy's new prime minister, Mario Draghi, will be a new face at the leaders' virtual table, though he is famous for "doing whatever it takes" at the European Central Bank to save the euro during the European debt crisis.

China will also be on the agenda. In his first major foreign policy speech as president, Biden cast China as the "most serious competitor" of the U.S.

The U.S. will keep tariffs imposed on Chinese goods by the Trump administration in place for now, but will evaluate how to proceed after a thorough review, Treasury Secretary Janet Yellen said.

The G-7 of the U.S., Japan, Germany, the U.K., France, Italy and Canada has a combined gross domestic product (GDP) of about $40 trillion – a little less than half of the global economy.