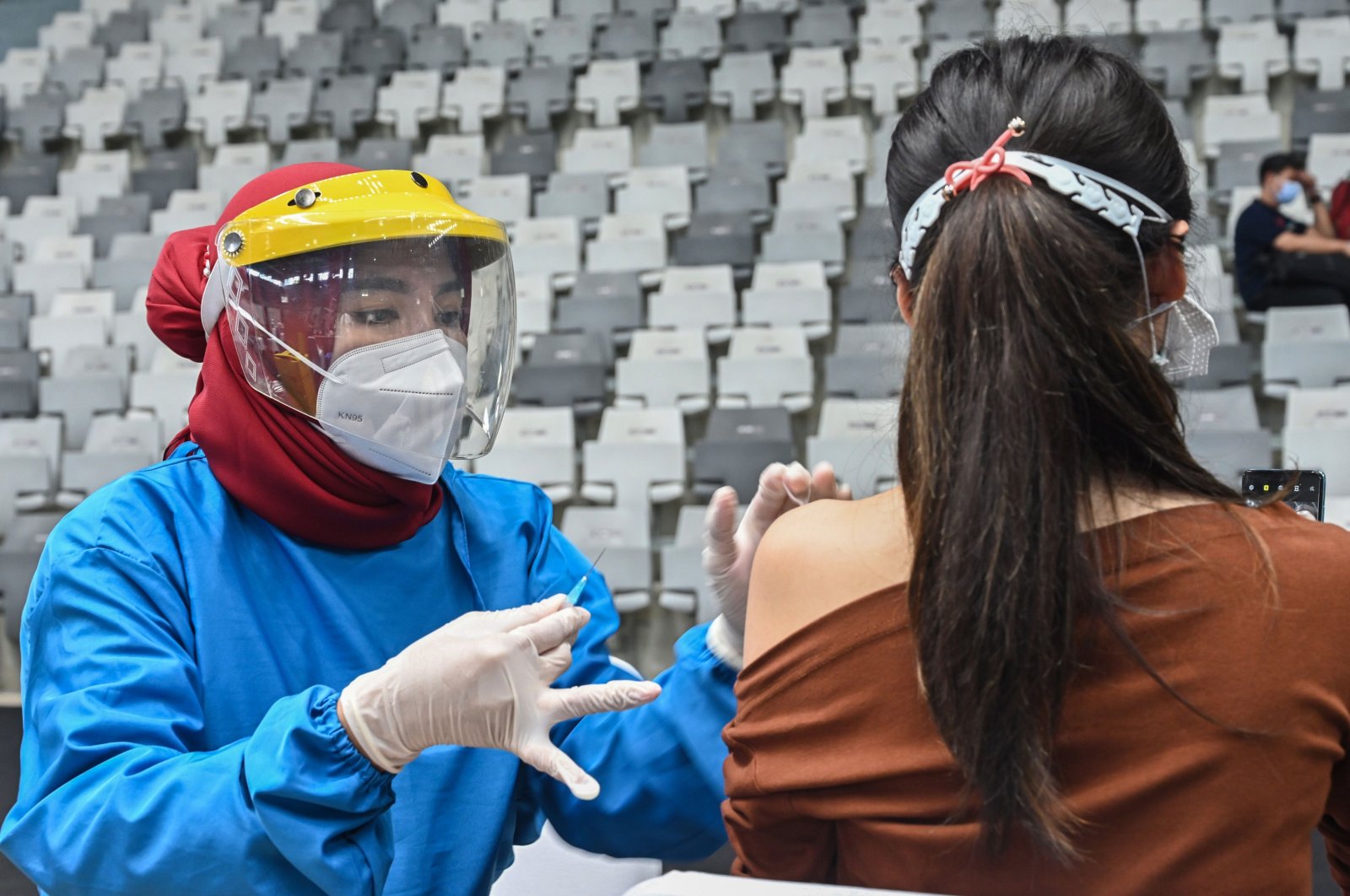 The COVAX vaccine-sharing facility has published its first distribution list, which targets enough doses for dozens of countries to immunize more than 3% of their population by midyear

The ambitious initiative known as COVAX, created to ensure the entire world has access to COVID-19 vaccines, has allocated at least 330 million doses for poorer countries and will aim to deliver these and many millions more in the first half of 2021, agencies leading the scheme said Wednesday.

"We will soon be able to start delivering life-saving vaccines globally, an outcome we know is essential if we are to have any chance of being able to beat this pandemic," GAVI's chief executive Seth Berkley told reporters at a briefing, according to remarks carried by Agence France-Presse (AFP).

COVAX is co-led by the GAVI alliance which secures vaccines for poor countries, the World Health Organization (WHO), the Coalition for Epidemic Preparedness Innovations and the U.N. Children's Fund. The initiative aims to secure enough vaccines for at least the most vulnerable 20% in participating countries by the end of 2021.

The distribution plan comes with lower-income countries falling behind in the vaccination race – a problem COVAX was set up to address. COVAX said the allocations and distributions would be subject to various caveats, including WHO emergency approval for the vaccines, and countries' readiness and acceptance.

WHO immunization program coordinator Ann Lindstrand said priority was given to countries that had not started vaccinating, while health worker deaths in January were also factored in. For the 92 lower-income and lower-middle-income economies involved in COVAX, funding is covered through donations, while for richer countries, buying into bulk purchases operates like a backup insurance policy for their own vaccination programs.

Lindstrand told the briefing the first COVAX doses – of AstraZeneca's and Pfizer-BioNTech's vaccines – should be delivered "hopefully by the end of February, beginning of March."

The COVAX allocation plan comes with vaccines still in limited supply, even in the rich countries that bought up most of the early doses. Last week, the European Union announced export controls in response to news that AstraZeneca was cutting its early supply to the bloc due to production problems.

Berkley noted that the 96 million COVAX doses allocated from AstraZeneca were fewer than the 153 million COVAX had initially contracted for in this time period. He said this was "not because our supply has been diverted elsewhere" but due to delays in getting the necessary WHO emergency use listing.

The Pfizer-BioNTech doses – requiring special ultra-cold storage – are destined for 18 countries by the end of March, with Colombia, Peru, the Philippines, South Africa, South Korea and Ukraine getting the most at 117,000 doses each. The other scheduled recipients are Bhutan, Bolivia, Bosnia-Herzegovina, Cape Verde, El Salvador, Georgia, Maldives, Moldova, Mongolia, the Palestinian Territories, Rwanda and Tunisia. South Africa, Cape Verde and Rwanda would be among some of the first countries in Africa to get the Pfizer shot, Lindstrand said.

Some wealthy self-financing countries were on the list, including Canada (1.9 million) and New Zealand (250,000). Tuvalu is set to receive the smallest number of doses at 4,800, followed by Nauru and Monaco with 7,200 each. It also will deliver 35.3 million doses of AstraZeneca's vaccine to 36 Caribbean and Latin American states from mid-February to the end of June.

Berkley said last week that COVAX aimed to deliver a total of 2.3 billion doses by year-end, including 1.8 billion to lower-income countries at no cost to their governments. UNICEF's chief executive Henrietta Fore told Wednesday's briefing COVAX has also reached a longer-term agreement with India's Serum Institute to supply 1.1 billion doses of the vaccines developed by AstraZeneca and Novavax to COVAX. These shots would be delivered over a number of years at the cost of about $3 per dose for low- and middle-income countries, she said, adding this was "great value for COVAX."

"UNICEF is proud to be part of today's release of an indicative distribution plan (for) the Covax facility. It is a hopeful marker on the winding path out of a pandemic that will not be truly over, until it is over for us all," Fore wrote on Twitter.

WHO also is deploying teams across Syria for a vaccination program that will be rolled out both in regime-held areas and territory outside state control, perhaps as soon as April. WHO representative in Damascus Akjemal Magtymova said Wednesday the COVAX program plans to immunize 5 million Syrians – 20% of the population across all parts of the country – despite the conflict now entering its 11th year.

"We are preparing our vaccine deployment plan with the ministry of health to make sure the program goes well," Magtymova said, adding the priority was first to vaccinate high-risk health workers, social workers and the most vulnerable. Around a quarter of the population inside Syria is displaced, many in camps.

"I am really hopeful it will (begin) in April but it might take even longer depending on so many factors," Magtymova told Reuters in a phone interview from Damascus, of the plan to roll out the vaccine program in Syria. "We have to juggle with so many unknowns."

Like other countries that are awaiting vaccines through COVAX, Syria can also obtain supplies directly from companies. But so far it has yet to announce any such bilateral agreements.

In all, 190 states have joined COVAX, which was launched last April with the goal of ensuring equitable access to vaccines during the pandemic. Countries unlisted this time have either exercised their rights to opt-out, have not submitted vaccine requests, or have not yet been allocated doses.

The U.S. under new President Joe Biden recently said it would be taking part in COVAX.