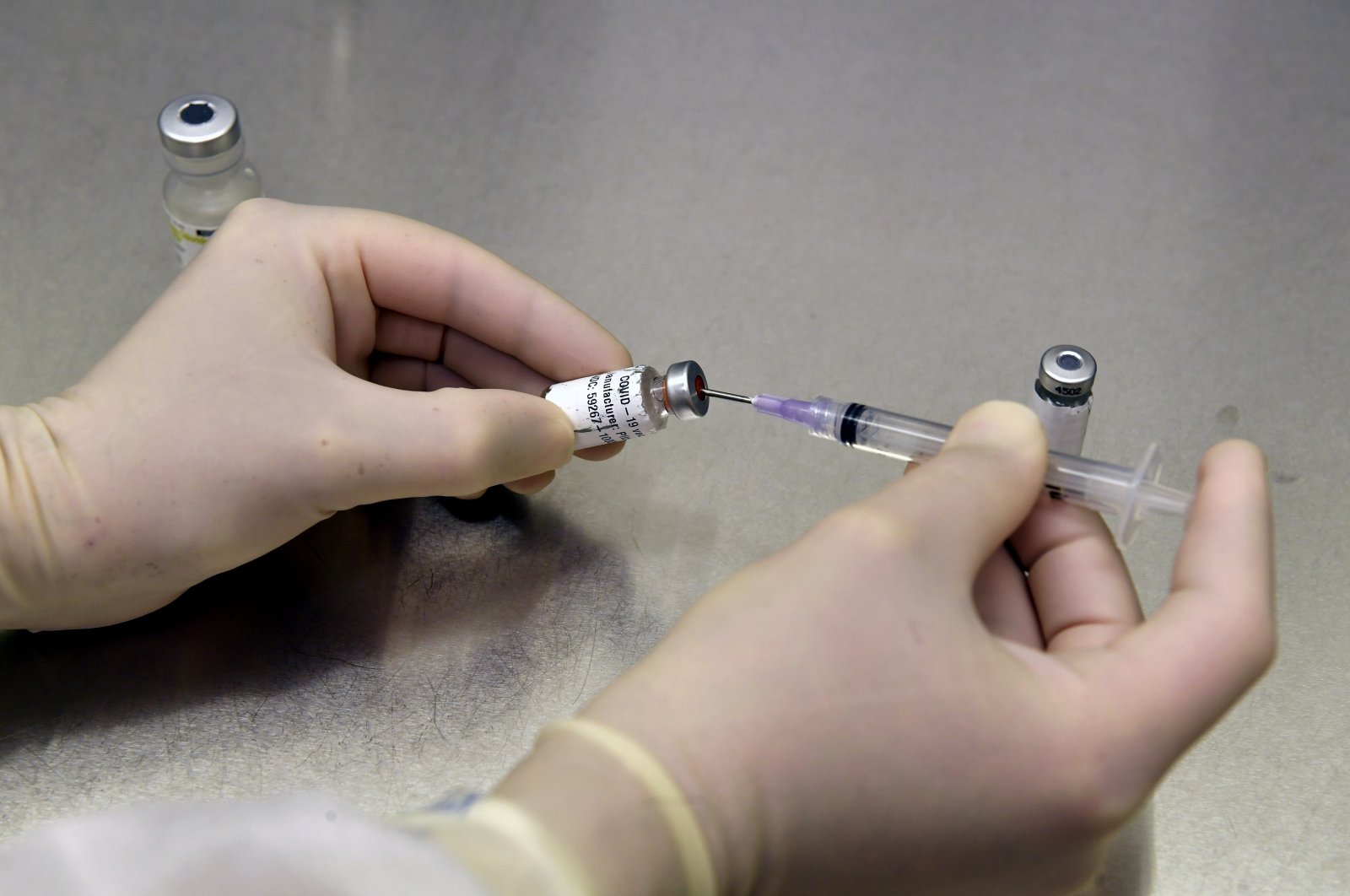 Vail Health Hospital pharmacy technician Rob Brown practices measuring the exact dosage for a mock COVID-19 vaccine in the sterile compounding room in the hospital's pharmacy, in Vail, Colorado, Dec. 8, 2020. (The Denver Post via AP)
by REUTERS Dec 09, 2020 9:14 am
RECOMMENDED

U.S. President-elect Joe Biden on Tuesday laid out his plan to fight the coronavirus pandemic during his first 100 days in office, saying his administration would vaccinate 100 million Americans, push to reopen schools and strengthen mask mandates.

He also picked U.S. Representative Marcia Fudge of Ohio to lead the Housing and Urban Development Department and Tom Vilsack, the former agriculture secretary, to fill the same role again, according to news reports on Tuesday.

At a briefing in Wilmington, Delaware, Biden said he needed Congress to fully fund delivering vaccines to all corners of the United States. Getting children back to school will be a national priority in the first 100 days, Biden said.

"In 100 days, we can change the course of the disease and change life in America for the better," said Biden, who takes office on Jan. 20. "Whatever your politics or point of view, mask up for 100 days."

Biden's first few months will likely be dominated by the pandemic, which is straining hospitals amid a nationwide resurgence.

The coronavirus has killed more than 283,000 Americans and caused millions to lose their jobs.

Effective vaccines would help the Biden administration turn its focus to healing the ailing U.S. economy. The U.S. Food and Drug Administration released documents on Tuesday raising no new issues about the safety or efficacy of Pfizer Inc.'s vaccine, which could receive emergency authorization this month.

Biden introduced California Attorney General Xavier Becerra, a Latino former congressman, as his nominee for secretary of health and human services. Becerra has a long record of supporting the Affordable Care Act, better known as Obamacare.