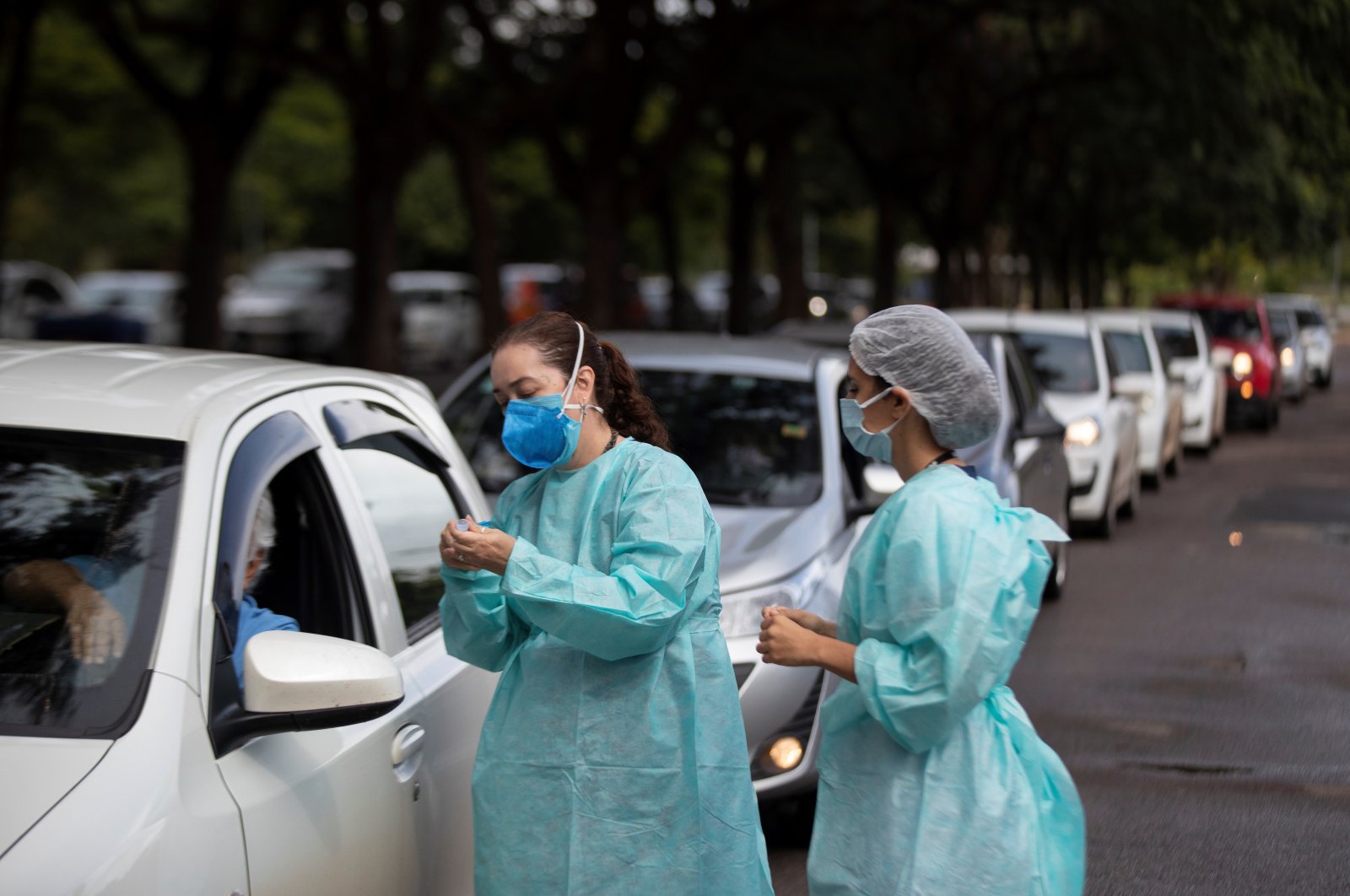 Brazil broke its record for new daily COVID-19 deaths on Tuesday with nearly 2,000 fatalities, as the pandemic overwhelms hospitals and vaccinations progress slowly.

The Health Ministry reported a daily total of 1,972 new deaths in the country, which has the world's second-highest overall toll, exceeded only by the United States. It also reported 70,764 new cases of COVID-19, meaning 11.1 million people have now caught the virus in the country, while a total of 268,370 have died.

The previous daily death record was set on March 3 with just over 1,900 fatalities. The figure has been rising steadily over the past two weeks. Brazil is facing a dire situation with intensive care units more than 80% occupied in 25 of Brazil's 27 capital cities, according to a report released Tuesday by public health institute Fiocruz.

"The fight against Covid-19 was lost in 2020 and there is not the slightest chance of reversing this tragic circumstance in the first half of 2021," epidemiologist Jesem Orellana of Fiocruz/Amazonia told Agence France-Presse (AFP). "The best we can do is hope for the miracle of mass vaccination or a radical change in the management of the pandemic," he said. "Today, Brazil is a threat to humanity and an open-air laboratory where impunity in management seems to be the rule."

President Jair Bolsonaro, who flouts expert advice on fighting the coronavirus, last week urged Brazilians to "stop whining" about COVID-19 and renewed his attacks on stay-at-home measures. Tedros Adhanom Ghebreyesus, the director-general of the World Health Organization (WHO), has urged the country to take aggressive steps, warning that Brazil could affect its neighbors and beyond if it didn't take the virus seriously.

Brazil's vaccine campaign is progressing slowly. A total of 8.6 million people (4.1% of the population) have received the first dose of the vaccine, and only 2.9 million have received a second dose. The vaccines being used in Brazil are CoronaVac, which was developed by Chinese firm Sinovac, and the AstraZaneca/Oxford vaccine.

Brazil's Ministry of Health says it is in negotiations with other laboratories and recognizes that "the national vaccination campaign may be interrupted for lack of doses," according to a letter to the Chinese ambassador published Tuesday on the news site G1.