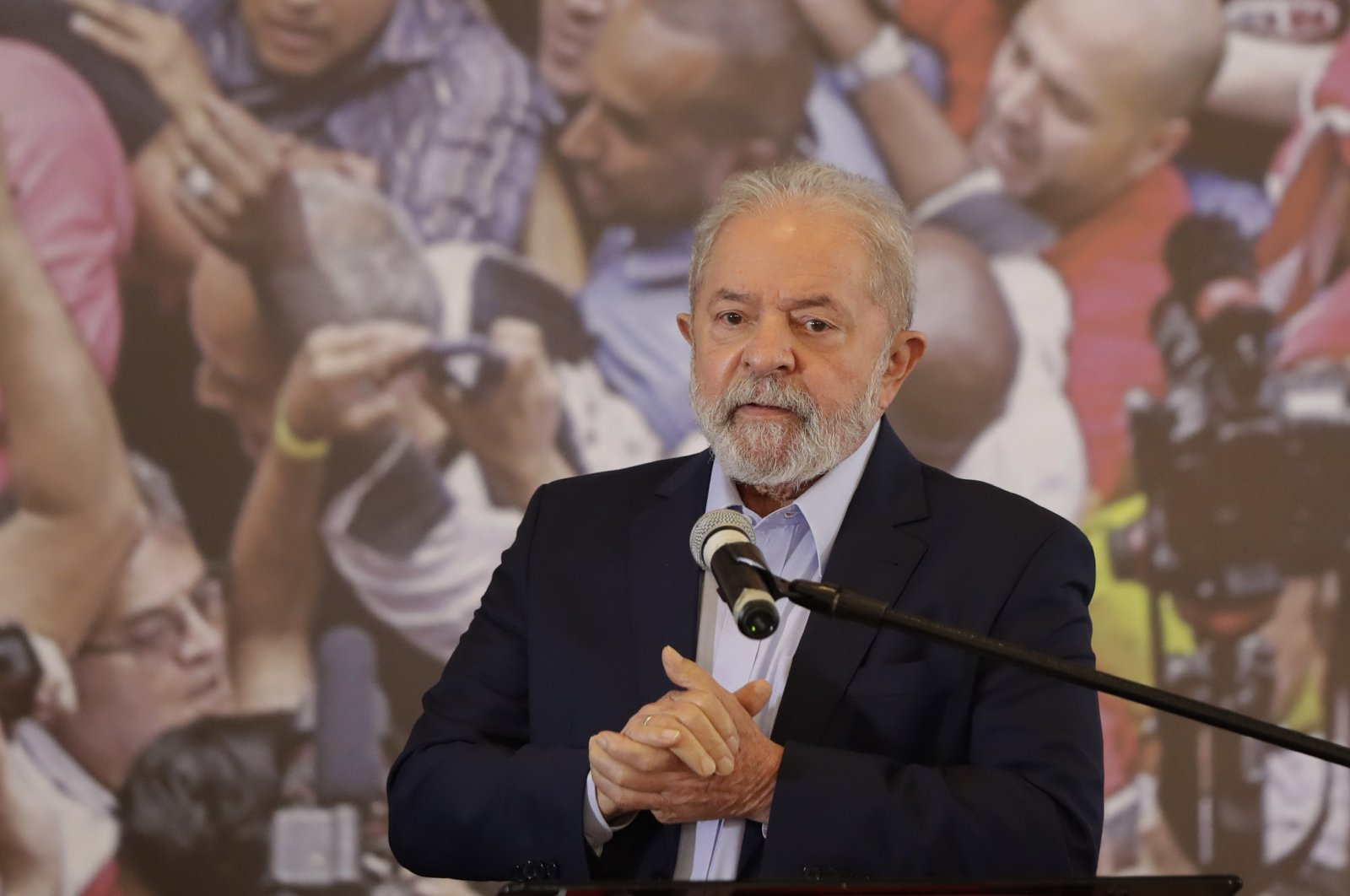 "On Tuesday, 3158 people died of Covid in Brazil. It's the biggest genocide in our history," Lula told Germany's Der Spiegel weekly, adding that Bolsonaro had lied to the Brazilian people about the pandemic.

"We must save Brazil from Covid-19," the former president added, saying that "Brazil will not withstand it if this man continues to govern in this way."

As Brazil surpassed 300,000 deaths from the virus on Wednesday, Lula called on Bolsonaro to apologize to the families of victims. More than 12 million people in total have been infected in Brazil, including the virus-skeptical far-right President Bolsonaro.

The country has seen record daily infections in the last week and thousands of deaths per day, blamed on a local variant of the virus that is believed to be more contagious. Lula, 75, led Brazil through an economic boom from 2003 to 2010 as head of the left-wing Workers' Party before being sentenced to a total of 26 years in prison on charges of taking bribes in 2017.

After the corruption conviction against him was annulled earlier this month, recent opinion polls suggest that he is the best-placed politician to challenge far-right incumbent Bolsonaro in next year's elections.

Brazil's supreme court ruled Tuesday that the former president had been convicted by a "biased" judge. In the interview published Friday, Lula claimed that the conviction was the result of a "pact between the judiciary and some parts of the media" in order to remove his successor and party colleague Dilma Rousseff from office and prevent him from running in the 2018 elections.

Asked whether he would run against Bolsonaro in 2022, the former president said that it was not the time to talk about candidacies. "Our attention should be focused not on the election, but on fighting the virus and vaccinating the public," he said.