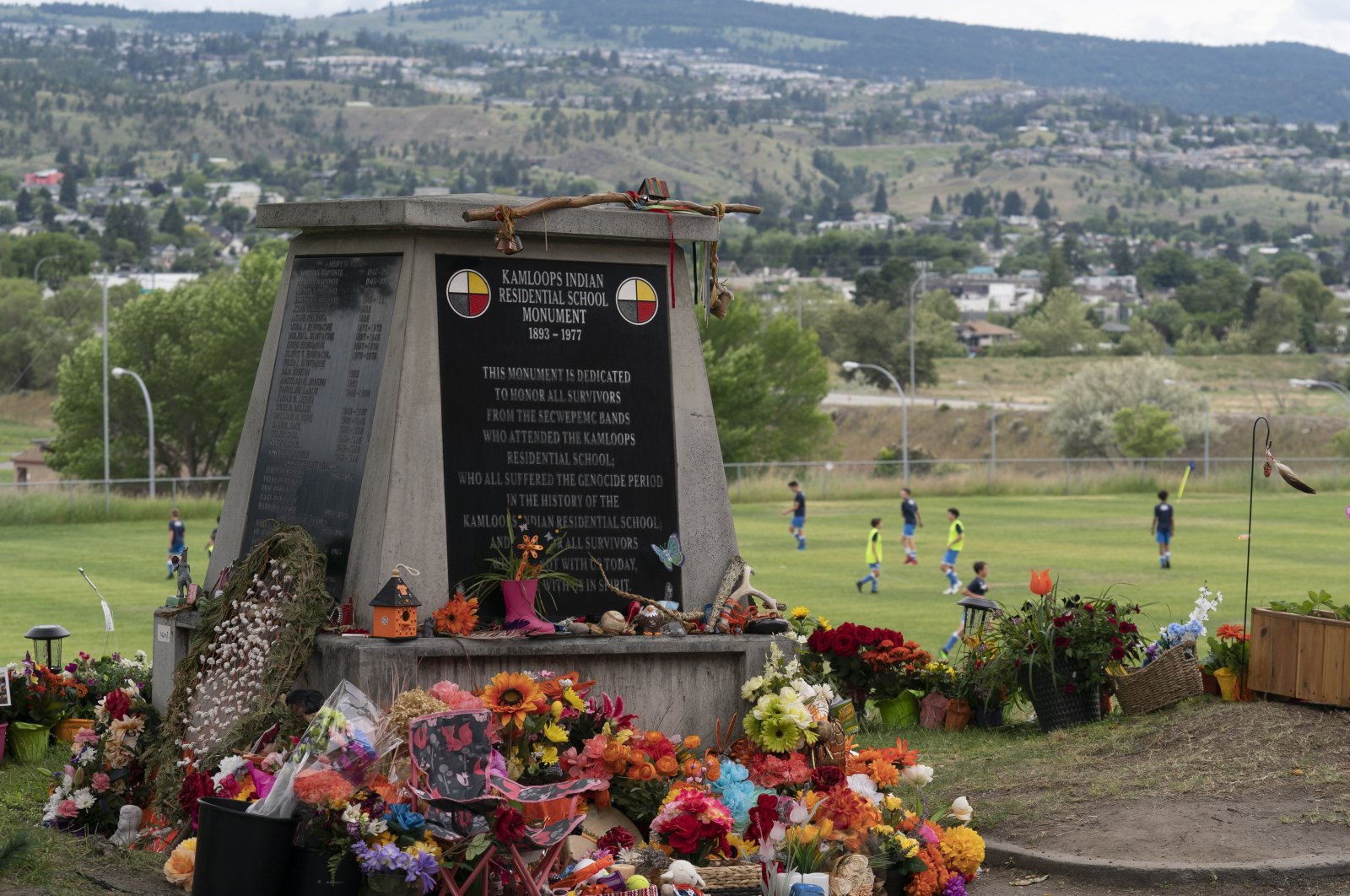 Children play soccer in the background as a memorial is pictured outside the Residential School in Kamloops, British Columbia, June, 13, 2021. (AP Photo)
by Anadolu Agency Nov 10, 2021 9:26 am
RECOMMENDED

A new search for unmarked graves began Tuesday at one of the largest and oldest former Canadian Indigenous residential schools in Brantford, Ontario.

Two ground-penetrating radar machines are being used and colored flags and orange spray paint have been used to mark out a grid-like search area behind the school.

"That back there is the unknown," school survivor Sherlene Bomberry told the Canadian Broadcasting Corporation (CBC).

The former Mohawk Institute Residential School is about 500 acres (202 hectares) and lies in Brantford, located about an hour west of Toronto.

No one knows how many children are buried at the school since records were poorly kept and parents of the deceased children were sometimes not told of the deaths. But uncovering the graves is necessary to promote healing.

"This is the first step in our journey to bring our children home," said Mark Hill, chief of the Six Nations of Grand River.

The search follows the more than 1,000 unmarked graves found earlier this year at three other Canadian former residential schools.

The Mohawk school, one of 139 where Indigenous children were forced to attend, operated between 1831 and 1970 and about 15,000 students went through the school. It is located at the Six Nations Reserve, one of Canada's largest, with a population of nearly 100,000 and encompassing about 18,000 acres.

The Brantford school drew children from 20 communities and the Survivors' Secretariat, which is conducting the search, said many of the students were abducted and abused.

"The children that were here one day and gone the next, never to be seen again - the survivors are the ones that heard the whispered truths about where the babies and the children are buried," said Kimberly Murray of the Survivors' Secretariat.

She said the search could take up to two years to complete due to the large area and winter weather conditions.