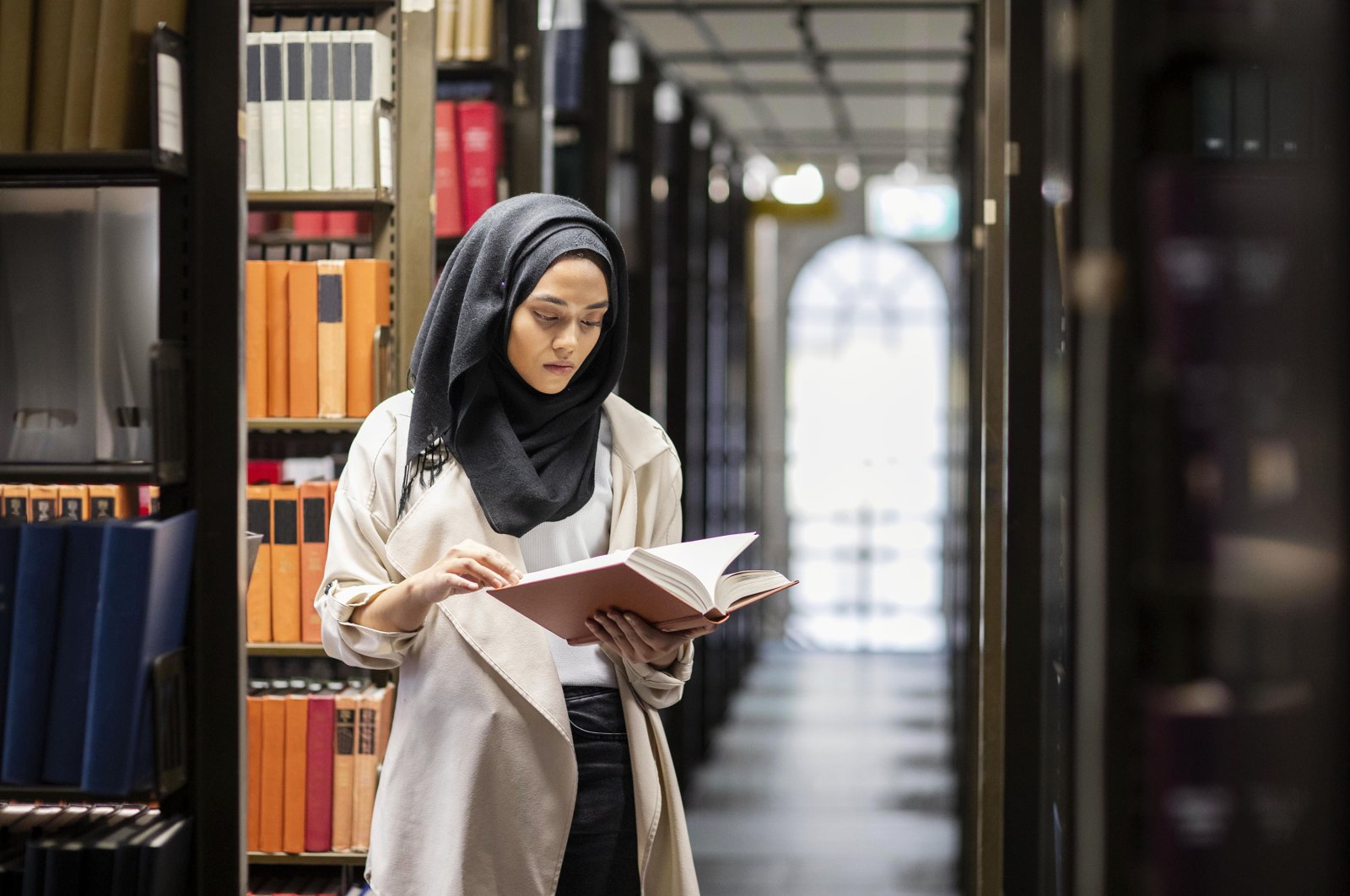 A woman wearing a headscarf reads a book. (Getty Images)
by Anadolu Agency Dec 14, 2021 9:50 am
RECOMMENDED

The National Council of Canadian Muslims (NCCM) said Monday that it is gathering signatures on a petition to have Prime Minister Justin Trudeau intervene after a Muslim teacher in Quebec province was removed for wearing a headscarf or hijab in the classroom.

Quebec's Bill 21, passed in 2019, outlaws the wearing of religious symbols – the headscarf, kippah, turban and cross – by most public servants while on the job.

The NCCM along with the Canadian Civil Liberties Association is fighting to have the bill nullified by the courts because it violates fundamental human rights. The NCCM also said the bill unfairly targets Muslim women.

The battle over the bill intensified after the teacher was removed last week. Mustafa Farooq, NCCM’s chief executive officer, said in a statement to Anadolu Agency (AA) that Fatemeh Anvari is "a brave Quebec Muslim woman who was removed from her position as a teacher because she had the courage to wear her hijab to school.”

"The disgraceful truth is she is not the first, nor will she be the last – as long as Bill 21 is in place."

The court battle has shifted to the Quebec Court of Appeal in the fight to have this "heinous law" struck down, Farooq said.

While Trudeau is on record as saying the province has no business telling people what to wear, the NCCM wants him to act more forcefully and is now calling on people to put their signatures on a petition to aid the fight to get the government and members of parliament (MPs) on their side.

"In the courts, in the media, on the streets – we won't stop till this law is struck down."