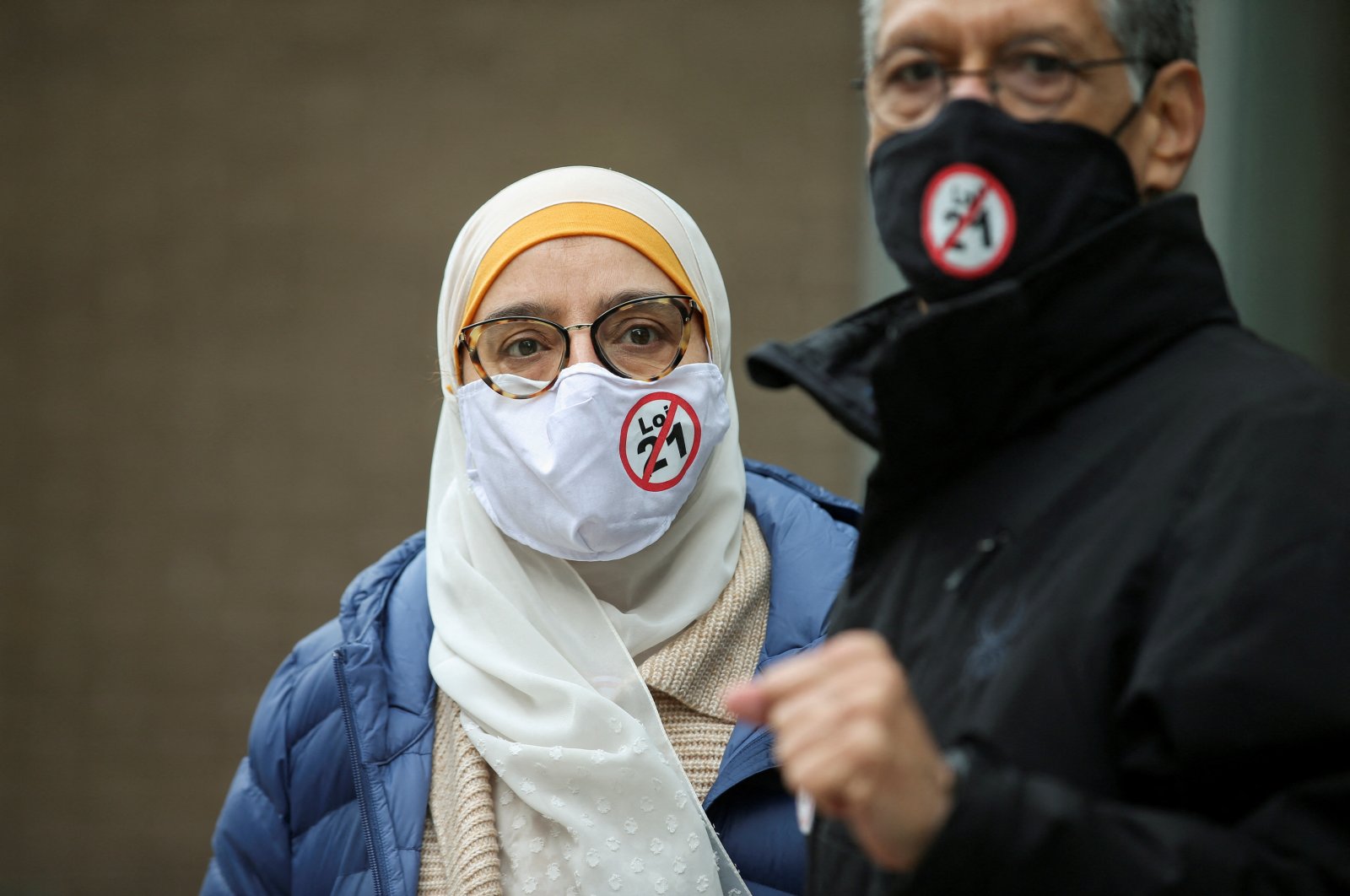 People attend a protest against Bill 21, after a court ruled that some teachers and provincial politicians are exempt from a controversial law that bans public employees from wearing religious symbols, in Montreal, Quebec, Canada, April 20, 2021. (Reuters File Photo)
by DAILY SABAH Dec 12, 2021 8:34 pm
RECOMMENDED

A headscarf-wearing Muslim teacher in the French-speaking Canadian province of Quebec was removed from her position over her religious garment, citing a controversial provincial law.

Fatemeh Anvari, a grade three teacher at the Chelsea Elementary School in Quebec, was offered a permanent position after working as a substitute teacher in the Western Quebec School Board for several months, CBC reported, adding that she had started her full-time position in fall.

After only a month, the school principal reportedly told Anvari that she had to be moved to a position outside the classroom because of her headscarf.

“Honestly, at that second, it was just shock. It was very hard to process,” Anvari told CBC.

Quebec’s Bill 21 bans most civil servants, including nurses, teachers and police officers, from wearing religious symbols such as turbans, headscarves, crosses and kippahs while on the job.

Critics argue that the law is a thinly-veiled attack centered on Muslim women who wear the headgear and it forces people to choose between their religion and their job.

Several court challenges have been filed against the discriminatory law, but the final ruling could take years.

Canada’s Charter of Rights and Freedoms, introduced by late Prime Minister Pierre Trudeau, guarantees equal rights for all Canadian citizens and allows them to challenge it since it is entrenched in the country’s Constitution.

According to the National Council of Canadian Muslims (NCCM), Muslims living in Canada have been increasingly facing anti-Muslim sentiments since the 9/11 attacks carried out two decades ago across the border in the U.S.

More recently in London, Ontario, a man spurred by hate slammed into a Muslim family with his truck, killing four and leaving the lone survivor, a 9-year-old boy, an orphan.