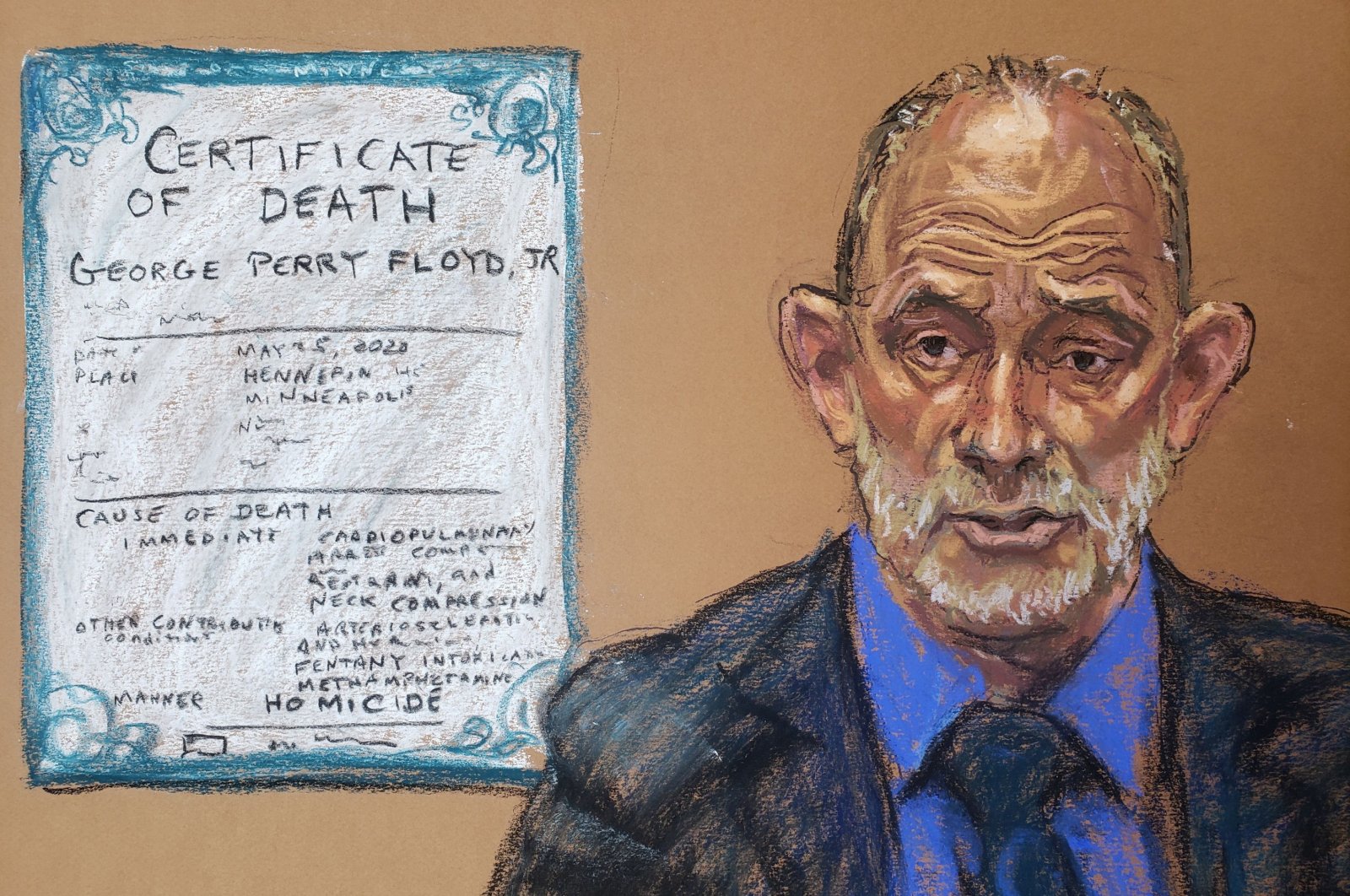 A medical expert testifying in defense of Derek Chauvin, the former Minneapolis police officer facing murder charges over George Floyd's death, told jurors on Wednesday that he believed Floyd died as a result of heart disease.

Dr. David Fowler, who was Maryland's chief medical examiner until his retirement in 2019, said the exhaust fumes of the police car against which Chauvin restrained Floyd on the road may also have contributed to Floyd's death.

Fowler appeared to dispute the findings of the Hennepin County medical examiner, who ruled Floyd's death a homicide caused by police restraining Floyd in a way that starved his body of oxygen.

Chauvin, who is white, has pleaded not guilty to murder and manslaughter charges. He was seen kneeling on the neck of Floyd, a 46-year-old Black man in handcuffs, for nine minutes in bystander video that sparked global protests against police brutality.

Here are some important moments from the 13th day of testimony and the second day of the defense case in Chauvin's trial:

Fowler said he had studied the findings of the county medical examiner and decided that Floyd's death was caused by his heart suddenly beating in an erratic way.

He said this was a result of his "atherosclerotic and hypertensive heart disease" and came during Floyd's restraint by police, using medical terms to describe the narrowing of blood vessels and heart problems caused by high blood pressure.

The fentanyl and methamphetamine found in Floyd's blood and carbon monoxide poisoning from the exhaust fumes of the adjacent police car may have contributed to the death, Fowler said.

The jury has previously heard from medical experts called by prosecutors from the Minnesota attorney general's office, who say Floyd had high blood pressure and a slightly enlarged heart but that neither were the cause of his death. Those experts agreed with the findings on Floyd's death certificate, saying he was killed because he was unable to inhale sufficient oxygen due to the way police compressed his prone body against the road.

Fowler has been involved in other high-profile cases involving police using force against black people. His office ruled the 2015 death of Freddie Gray a homicide after Gray, 25, suffered spinal injuries in the back of a police van in Baltimore.

In December, Fowler was sued in federal court by the family of Anton Black, who was 19 when he died after police pinned him facedown on the ground for several minutes as he cried out for his mother. Fowler ruled Black's death an accident caused by "the stress of his struggle."

Black's family cited similarities with Floyd's death in their lawsuit, in which they said Fowler and other Maryland officials "covered up and obscured police responsibility" for Black's death. Lawyers for Fowler say the lawsuit was filed on improper grounds, saying the way he certified Black's death did not infringe on the constitutional rights of Black's family.