Death toll of massive earthquake in Haiti soars to 1,297 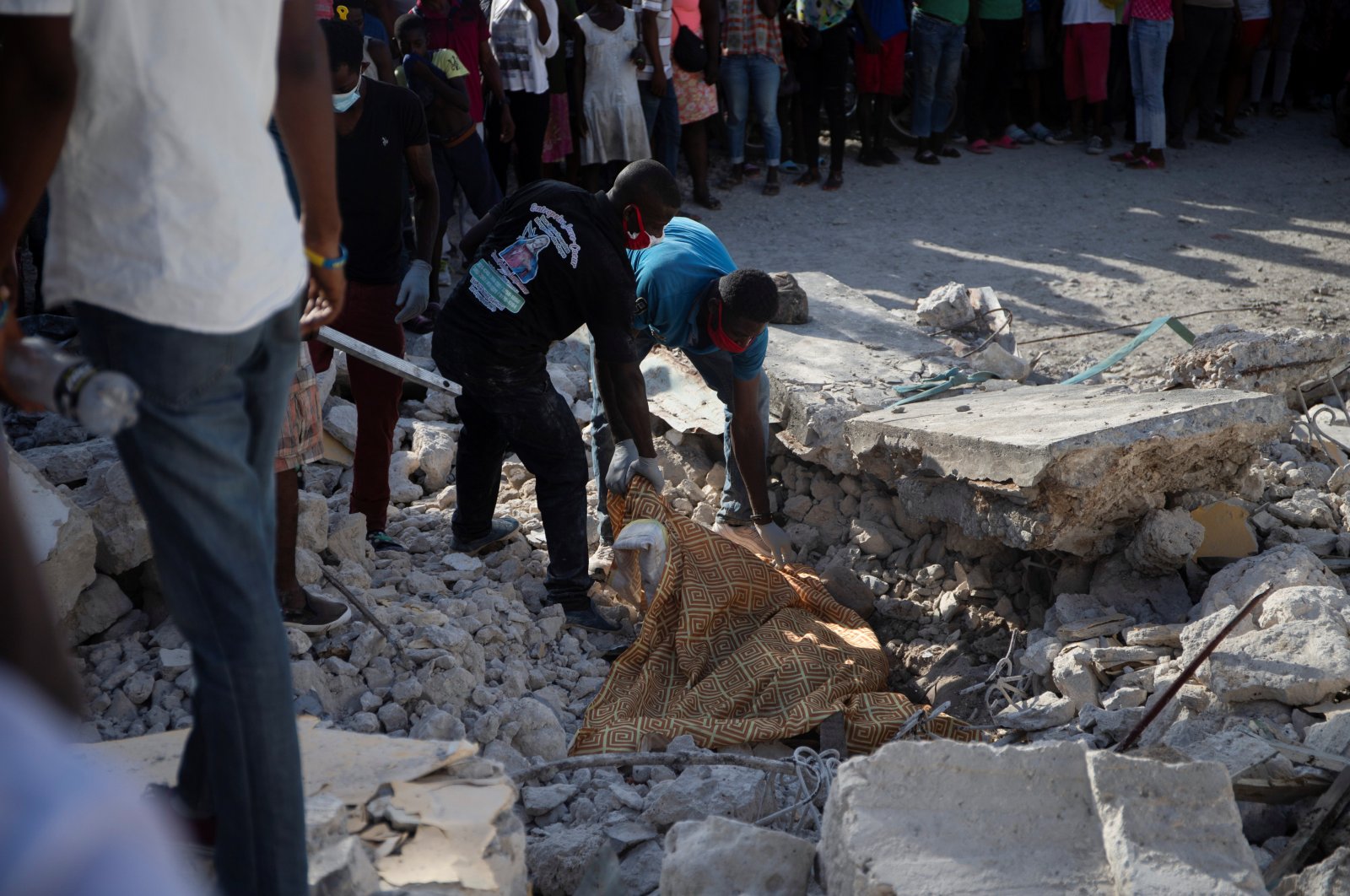 The death toll from Haiti's powerful earthquake jumped to over 1,200 on Sunday, as crews desperately dug through collapsed buildings for survivors in the Caribbean nation still reeling from its president's assassination.

In Les Cayes, as in other hard-hit cities on the southwestern peninsula, most of the population spent the night sleeping outdoors in front of their houses – or what remained of them – amid fears of new aftershocks. The streets there were filled with the grinding of heavy equipment lifting debris from collapsed buildings, as well as the quieter sounds of people pulling away rubble by hand while searching for the missing.

"Thanks to God and also to my phone, I'm alive," said Marcel Francois, who was rescued from his collapsed two-story home in Les Cayes. His younger brother Job Francois said a desperate-sounding Marcel had called to say, "'Come save me, I'm under the concrete' ... He told me he couldn't breathe, that he was dying."

The neighbors and Job spent hours freeing him and his 10-year-old daughter from the heavy debris. At least 1,297 people were killed in the 7.2-magnitude quake that struck Saturday about 100 miles (160 kilometers) to the west of the densely populated capital Port-au-Prince, which was devastated in a massive 2010 quake.

Some 13,600 buildings were destroyed and more than 13,700 damaged, trapping hundreds under rubble and leaving more than 5,700 people injured, the country's civil protection agency said in an update.

Rescuers faced new pressure with Tropical Depression Grace approaching, raising fears of torrential rainfall, flash floods and mudslides from late Monday, according to the U.S. National Weather Service. The United States and other nations have pledged to help Haiti cope with this latest disaster.

U.S. Southern Command said it established a joint military task force for Haiti on Sunday and deployed a team to the country to assess impacted areas with aerial surveillance. Four helicopters were also dispatched to provide airlift support.

"We want to plan a better-adapted response than in 2010 after the earthquake – all aid coming from abroad should be coordinated by the Civil Protection agency," said Henry. A 7.0-magnitude quake in January 2010 left much of Port-au-Prince and nearby cities in ruins, killing more than 200,000.

More than 1.5 million Haitians were made homeless in that disaster, which also destroyed 60 percent of Haiti's health care system, leaving authorities and the international humanitarian community with a colossal challenge.