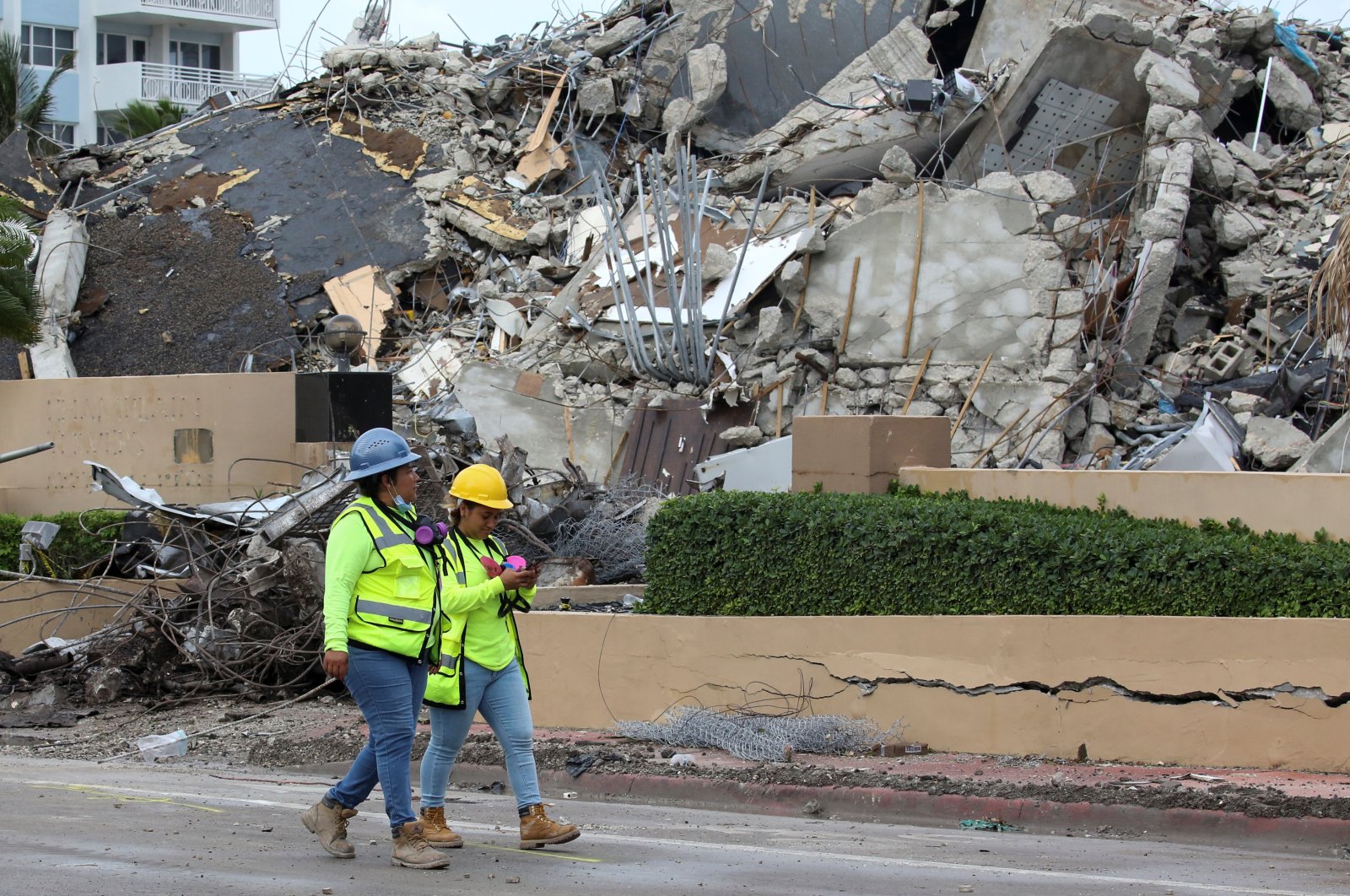 The death toll in the collapse of a condominium near Miami rose to 46 after rescue teams pulled 18 additional bodies from the rubble as the search for victims reached its 14th day.

Crews on Tuesday dug through pulverized concrete where the Champlain Towers South building in Surfside once stood, filling buckets that were then passed down a line to be emptied and returned.

Searchers have found no new signs of survivors, and although authorities said their mission was still geared toward finding people alive, they sounded increasingly somber. Adding to the difficulties was rain and wind from Hurricane Elsa that disrupted the effort, though the storm was on track to make landfall far across the state.

“Right now, we’re in search and rescue mode,” the county's police director, Freddy Ramirez, said at a news conference Tuesday evening. “Our primary goal right now is to bring closure to the families.”

No one has been rescued from the site since the first hours after the building collapsed on June 24, when many of its residents were asleep.

Searchers were still looking for any open spaces within the mounds of rubble where additional survivors might be found, said the county's fire chief, Alan R. Cominsky.

“Unfortunately, we are not seeing anything positive,” he said.

Miami-Dade Mayor Daniella Levine Cava said the families of those missing were preparing for news of “tragic loss.” She said President Joe Biden, who visited the area last week, called on Tuesday to offer his continued support.

“I think everybody will be ready when it’s time to move to the next phase,” she said.

The video of the site reporters received on Tuesday was limited to the portion of the building that workers tore down on Sunday, after the initial collapse left it standing but dangerously unstable. A pile of shattered concrete and twisted steel stood at about 9 meters (30 feet) high and spanned roughly half the length of a football field. The video showed a pair of backhoes pulling rubble off the pile, which blocked any view of the search effort.

However, the storm’s heaviest winds and rain would bypass Surfside and neighboring Miami as Elsa strengthened along its path to an expected landfall somewhere between Tampa Bay and Florida’s Big Bend.

Crews have removed 112 tons of debris from the site, Cominsky said. The debris is being sorted and stored in a warehouse as potential evidence in the investigation into why the building collapsed, officials said.

Workers have been freed to search a broader area since the unstable remaining portion of the building was demolished.