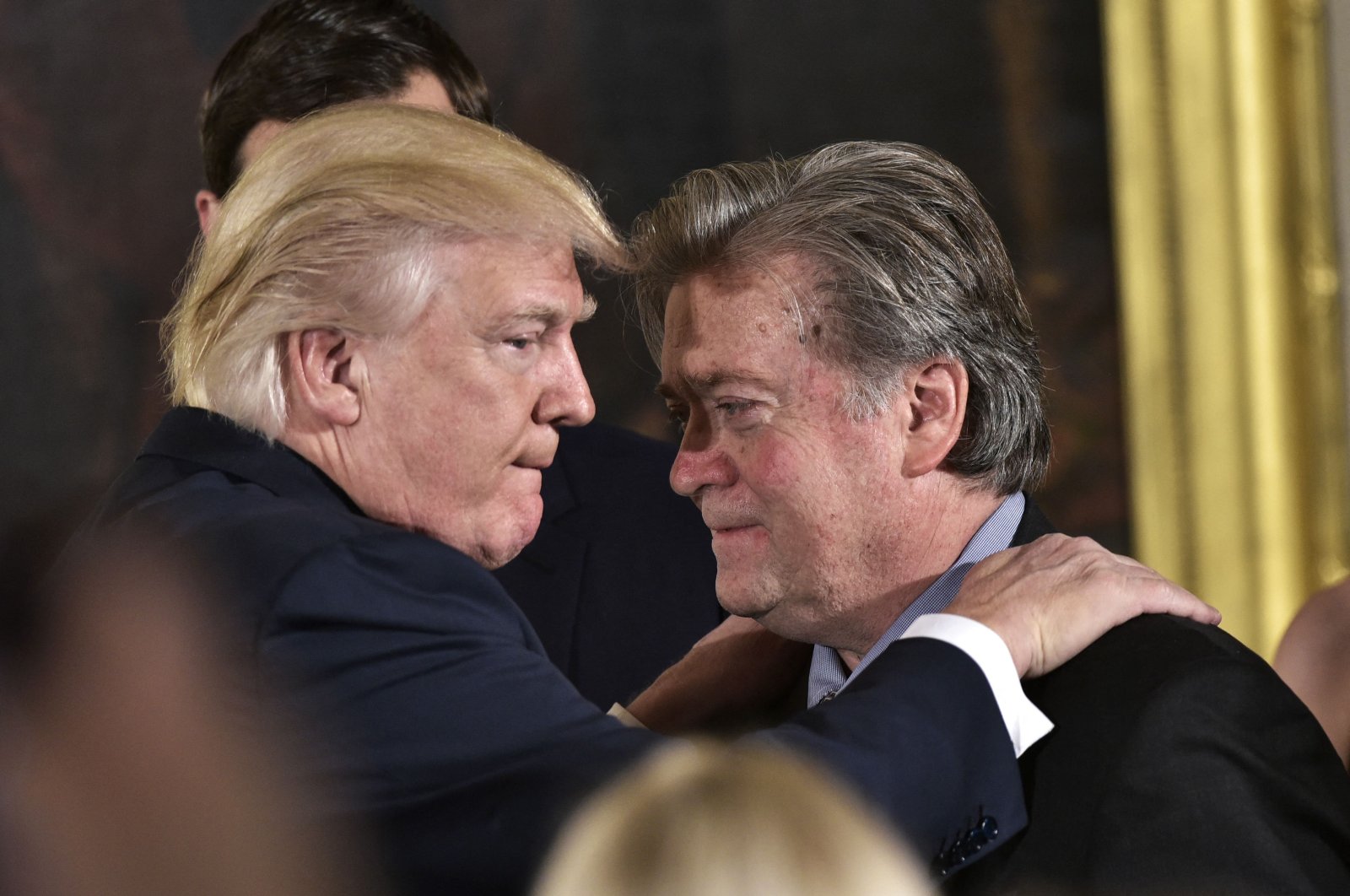 Then-U.S. President Donald Trump (L) congratulates Senior Counselor to the President Stephen Bannon during the swearing-in of senior staff in the East Room of the White House in Washington, D.C., Jan. 22, 2017. (AFP)
by Anadolu Agency Nov 13, 2021 12:57 am

Following his refusal to comply with a congressional subpoena, a federal grand jury has indicted former Trump aide Stephen Bannon for contempt of Congress Friday.

Bannon, 67, has been charged with one count of contempt for failing to appear for a congressional deposition, and another contempt count for refusing to hand over documents requested by the House Select Committee to Investigate the Jan. 6 attack on the U.S. Capitol. The committee is in the process of investigating the attack and its origins.

The committee voted on Oct. 21 to hold Bannon in contempt for his failure to cooperate. He is one of several former Trump officials who have resisted the committee's subpoenas.

The former president has pressed his allies not to cooperate.

Bannon's arraignment date has yet to be set in the District Court in Washington, D.C., the Justice Department said in a statement.

"Since my first day in office, I have promised Justice Department employees that together we would show the American people by word and deed that the department adheres to the rule of law, follows the facts and the law and pursues equal justice under the law," Attorney General Merrick Garland said. "Today's charges reflect the department's steadfast commitment to these principles."

Each of the contempt counts Bannon faces carries a minimum of 30 days in jail if convicted, with a maximum penalty of one year behind bars, and a fine between $100 to $1,000.