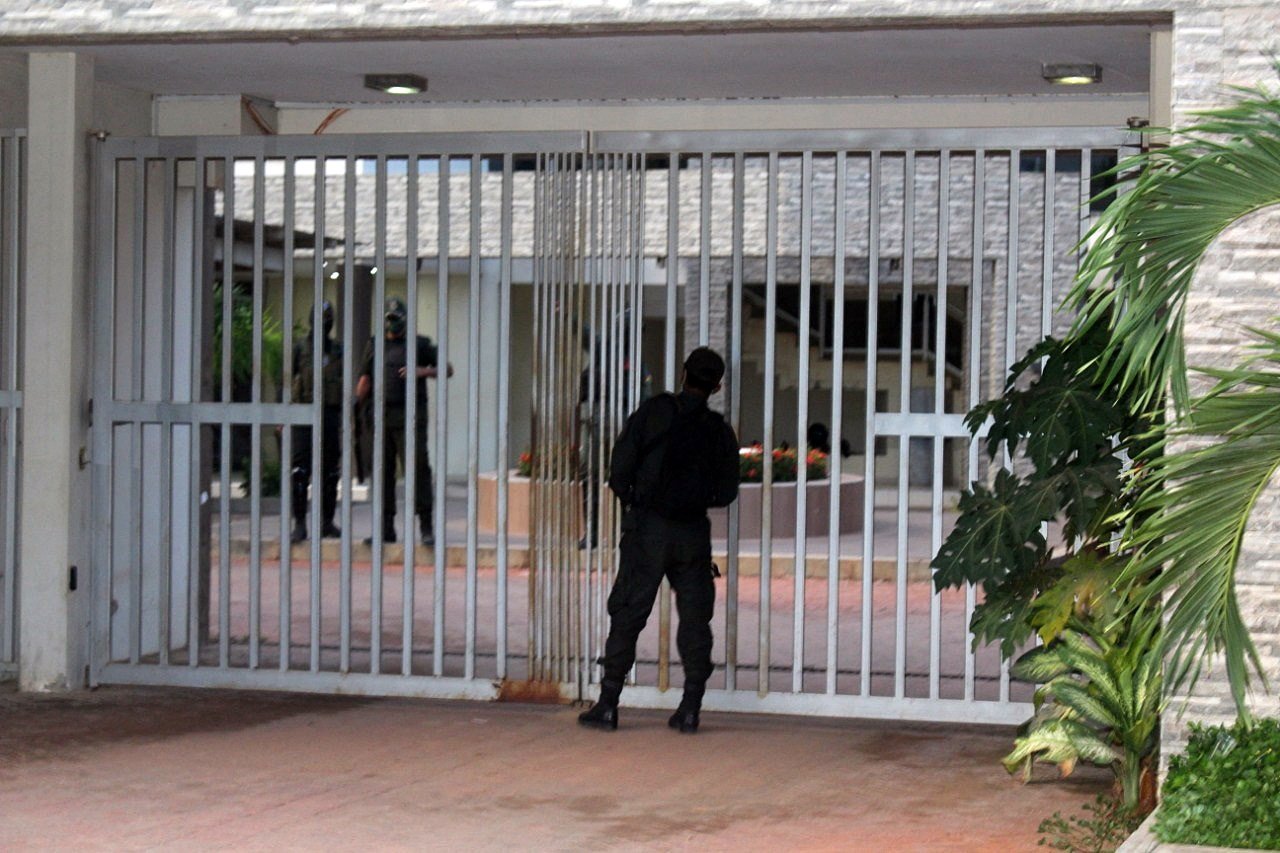 Bolivia's former interim president Jeanine Anez was arrested early Saturday in relation to the 2019 political crisis in which she replaced predecessor Evo Morales, according to a government minister.

"I inform the Bolivian people that Mrs. Jeanine Anez has already been apprehended and is currently in the hands of the police," minister of government Carlos Eduardo del Castillo wrote on Twitter and Facebook.

The conservative politician had faced an arrest warrant on charges of terrorism, sedition and conspiracy over an alleged coup after she replaced Morales in November 2019 when he fled the country during widespread protests against his re-election.

Castillo congratulated the police for their "great work" in the "historic task of giving justice" to the Bolivian people.

Anez had tweeted an arrest order she said was issued by the public prosecutor's office, with the response: "The political persecution has begun." She later tweeted to again condemn the arrest warrant.

The prosecutor's office had not publicly announced the warrant.

But Bolivian television broadcast images of a heavy police presence around her home in the northern city of Trinidad, as well as of former energy minister Rodrigo Guzman and his justice counterpart Alvaro Coimbra, both listed on the warrant, being detained.

Anez, a former senator, took over as caretaker president after Morales left Bolivia. He had lost the support of the armed forces amid violent protests against his re-election to an unconstitutional fourth term.

Morales returned from exile in November last year and took over the leadership of the ruling Movement for Socialism (MAS) party he founded.

Last month, Bolivia's socialist-dominated congress voted to give amnesty to those prosecuted during conservative president Anez's year-long government for acts of violence during the chaos that followed Morales' resignation.

Bolivia's congress is dominated by the MAS, which romped to victory in an October 2020 general election that saw the party's Luis Arce win the presidency.

MAS party member Lidia Patty filed a complaint against Anez last December, claiming she, several of her former ministers, ex-military and police members, and others had promoted the overthrow of Morales, who had been in power for 14 years.

"The MAS has decided to return to the style of dictatorship. It is a shame because Bolivia does not need dictators, it needs freedom and solutions," Anez tweeted Friday.

Coimbra protested the "illegal and abusive" arrest of his former colleague Guzman, before he, too, was brought in.

"We have said that we will always make ourselves available to the law," Coimbra told Bolivian TV as he was placed into a police vehicle.

Anez, a former lawyer, is a longtime critic of leftist Morales.

She had sought to cast herself as the only one able to lead the country out of its post-Morales crisis.

Even as she vowed to "pacify the country," Morales at the time branded her "a coup-mongering right-wing senator."

He said Anez had "declared herself... interim president without a legislative quorum, surrounded by a group of accomplices."

"We are in a process of political persecution worse than in dictatorships. It is executed against those who defended democracy and freedom in 2019," Mesa said on Twitter.