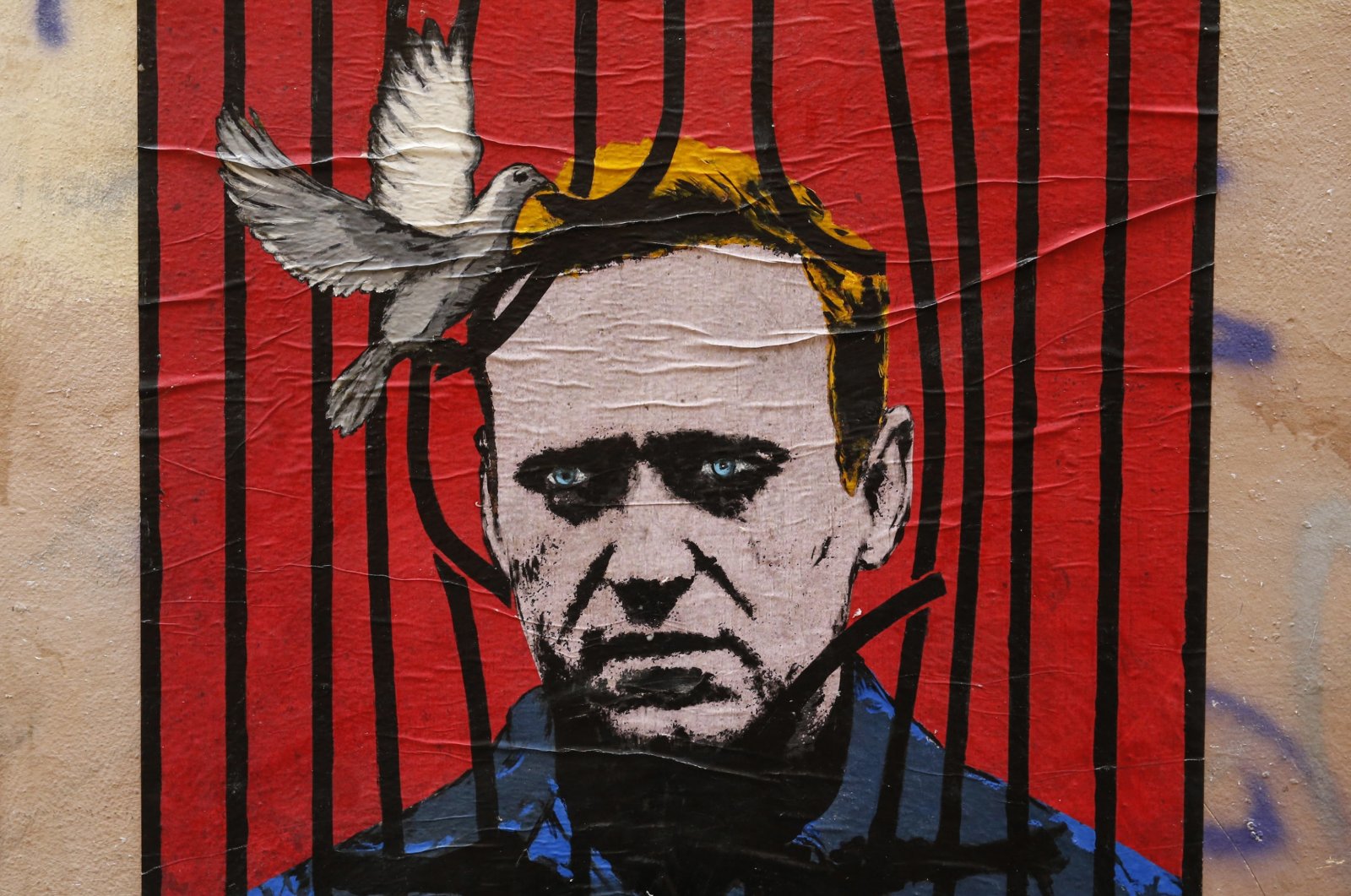 A view of a large poster depicting Russian opposition leader Alexei Navalny behind bars with a dove freeing him from detention, by an unidentified street artist known as Harry Greb, in downtown Rome, Italy, Jan. 25, 2021. (EPA Photo)
by Anadolu Agency Jan 26, 2021 11:28 pm

The foreign ministers of the Group of 7 (G7) countries condemned Tuesday the arrest of opposition politician Alexei Navalny after his return to Russia.

"We, the G7 Foreign Ministers of Canada, France, Germany, Italy, Japan, the United Kingdom and the United States of America and the High Representative of the European Union, are united in condemning the politically motivated arrest and detention of Alexei Navalny," the ministers said in a statement.

"We the G7 Foreign Ministers call upon the Russian authorities for Mr. Navalny's immediate and unconditional release."

The group also condemned the detention of protestors and journalists on Saturday in nationwide protests in Russia, urging for the release of those detained.

After receiving treatment in Germany for poisoning, Navalny, 44, was arrested in Moscow upon his return on Jan. 17. Russian authorities said he had violated probation from a suspended sentence on a 2014 money laundering offense, a case Navalny says is "politically motivated."

Less than 25 hours after his return, Moscow's Khimki Court ruled that he would remain in custody on a 30-day pre-trial detention.

Navalny is being held in Moscow's infamous jail Matrosskaya Tishina.