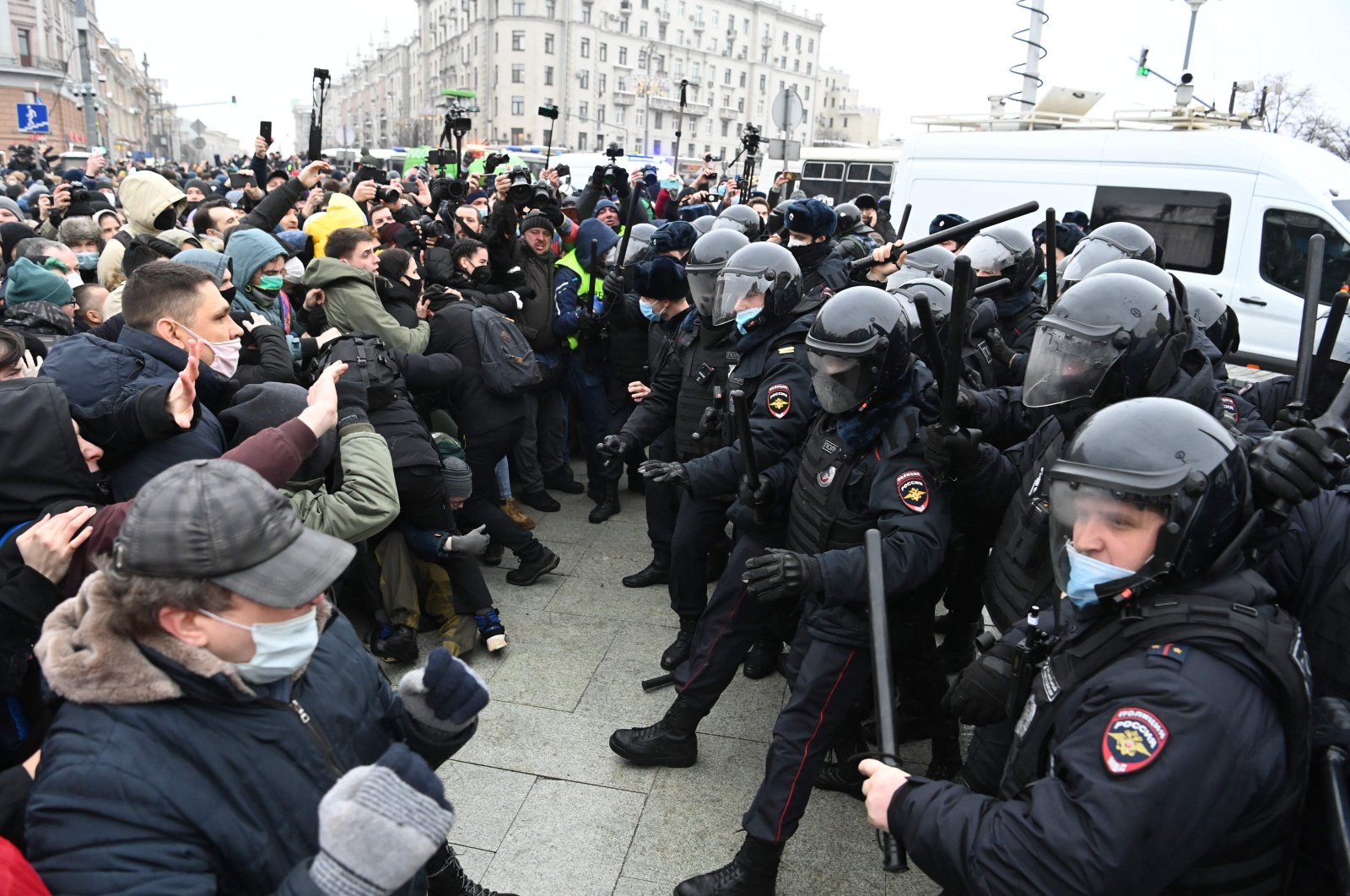 European Union foreign ministers on Monday debated the 27-nation bloc’s response to the arrest of Russian opposition leader Alexei Navalny and a weekend police crackdown that saw thousands taken into custody during protests in support of President Vladimir Putin’s most well-known critic.

"This wave of detention is something that worries us a lot, as well as the detention of Mr. Navalny,” EU foreign policy chief Josep Borrell said as he arrived to chair the ministerial meeting in Brussels.

More than 3,500 people were reportedly taken into custody during the nationwide protests. German Foreign Minister Heiko Maas said: "... under the Russian constitution, everyone in Russia has the right to express their opinion and to demonstrate. That must be possible. The principles of the rule of law must apply there, too – Russia has always committed itself to that.”

He and other ministers called for the immediate release of the protesters.

Navalny was arrested earlier this month when he returned to Moscow after spending months in Germany recovering from an attack in Russia with what experts have said was the nerve agent Novichok.

In October, the EU imposed sanctions on six Russian officials and a state research institute over Navalny’s poisoning, but there is little appetite to take new measures immediately. Borrell, the EU’s top diplomat, is also planning a trip to Moscow and it’s unclear what impact events will have on that visit.

On Sunday, French Foreign Minister Jean-Yves Le Drian expressed concern about what he called Russia’s "authoritarian drift. He told France-Inter radio that "all light must be shed” on Navalny’s poisoning.

"This was an assassination attempt,” Le Drian said.

The protests attracted thousands of people in major Russian cities, including an estimated 15,000 in Moscow.

As they unfolded, the U.S. embassy spokesperson in the city, Rebecca Ross, said on Twitter that the U.S. "supports the right of all people to peaceful protest, freedom of expression. Steps being taken by Russian authorities are suppressing those rights.”

The embassy also tweeted a State Department statement calling for Navalny’s release. Putin’s spokesperson said the statements interfered in the country’s domestic affairs and encouraged Russians to break the law.