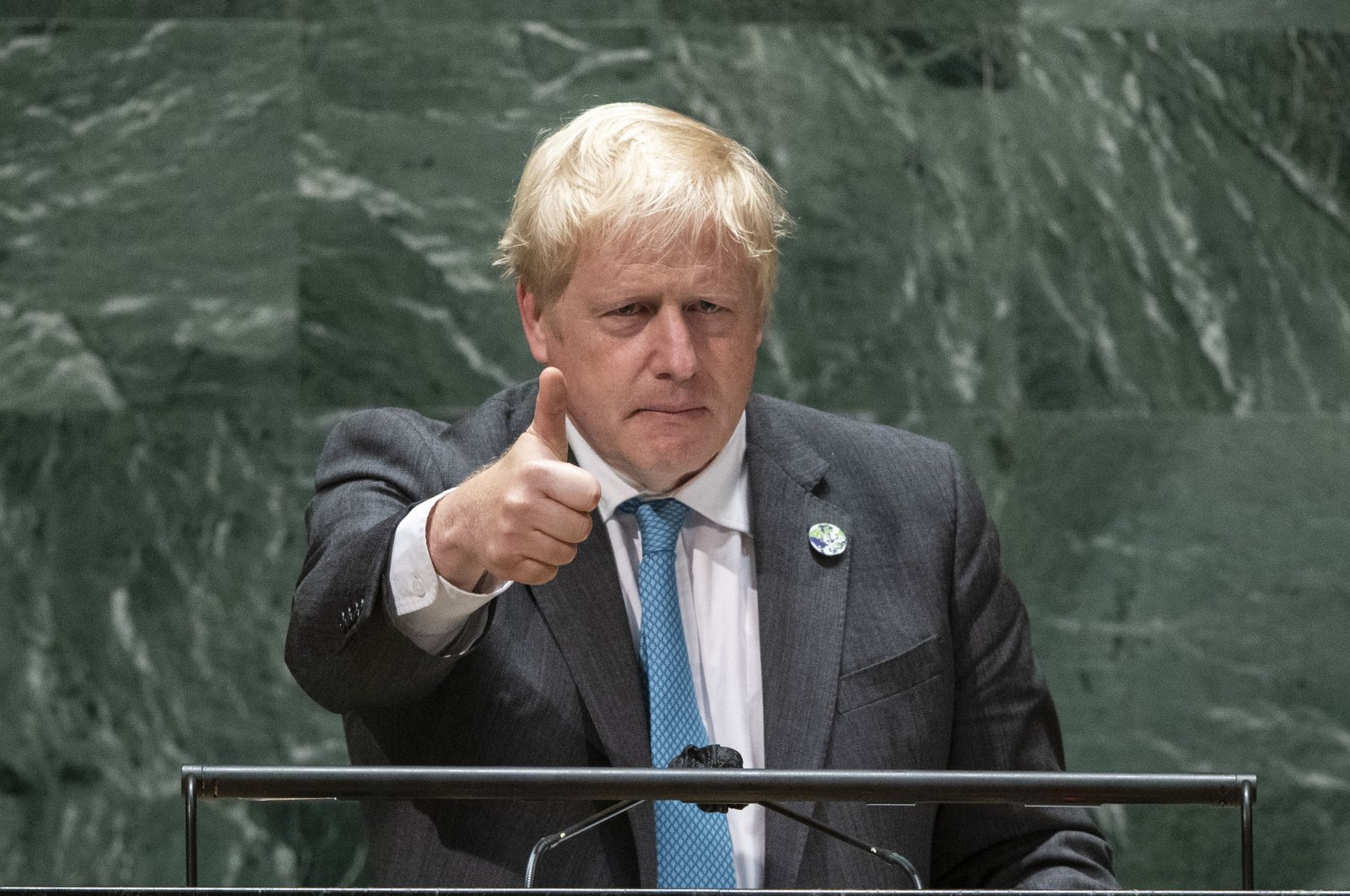 "We have an awesome power to change things, or to change things for the better, and an awesome power to save ourselves," Conservative Party leader Johnson said. "And when Kermit the Frog sang 'It's not easy being green' - You remember that one? I want you to know that he was wrong. He was wrong. It is easy, it's not only easy, it's lucrative and it's right to be green," Johnson said. "No matter that he also was unnecessarily rude to Miss Piggy, I thought," he added, according to Deutsche Presse-Agentur (dpa).

Johnson told world leaders that humanity has to "grow up” and tackle climate change, saying humans must stop trashing the planet like a teenager on a bender. The British prime minister is due to hold a major United Nations climate summit in Glasgow, Scotland in six weeks’ time. He is using a trip to the U.N. General Assembly in New York to press governments for tougher emissions-cutting targets and more money to help poor countries clean up their economies.

The British premier said more trees should be planted, and also pushed for more wind energy.

"We put in great forests of beautiful wind turbines on the drowned prairies of Doggerland between Britain and Holland in the North Sea," he said, referring to the stretch of land that connected Britain to continental Europe before it was flooded by rising sea levels thousands of years ago. "In fact, we produce so much offshore wind that I'm thinking of changing my name in honor of the god of the north wind to "Boreas" Johnson," Johnson quipped.

Johnson also used his speech to thank China’s President Xi Jinping for his announcement that China would no longer export coal-fired power plants and to praise United States President Joe Biden for his promise of billions of additional dollars in climate aid. Looking ahead to the COP26 climate conference in Glasgow that will take place between Oct. 31 and Nov. 12, Johnson said he hoped it would be like a 16th birthday party for the world – where the world decides to grow up. He said the conference ought to "blow out the candles of a world on fire."

During the speech, he also compared humanity to an impetuous 16-year-old – "just old enough to get ourselves into serious trouble.”

"We have come to that fateful age when we know roughly how to drive and we know how to unlock the drinks cabinet and to engage in all sorts of activity that is not only potentially embarrassing but also terminal,” Johnson said, according to The Associated Press (AP). "We believe that someone else will clear up the mess we make, because that is what someone else has always done,” he added.

"We trash our habitats again and again with the inductive reasoning that we have got away with it so far, and therefore we will get away with it again. My friends, the adolescence of humanity is coming to an end,” Johnson, said and added, "We must come together in a collective coming of age.”

Britain has pledged to reduce its carbon emissions to net-zero by 2050, and Johnson has championed the expansion of renewable energy, saying the U.K. could become the "Saudi Arabia of wind.” But he is under fire from environmentalists for failing to scrap new North Sea oil drilling and a proposed new coal mine in northwest England.