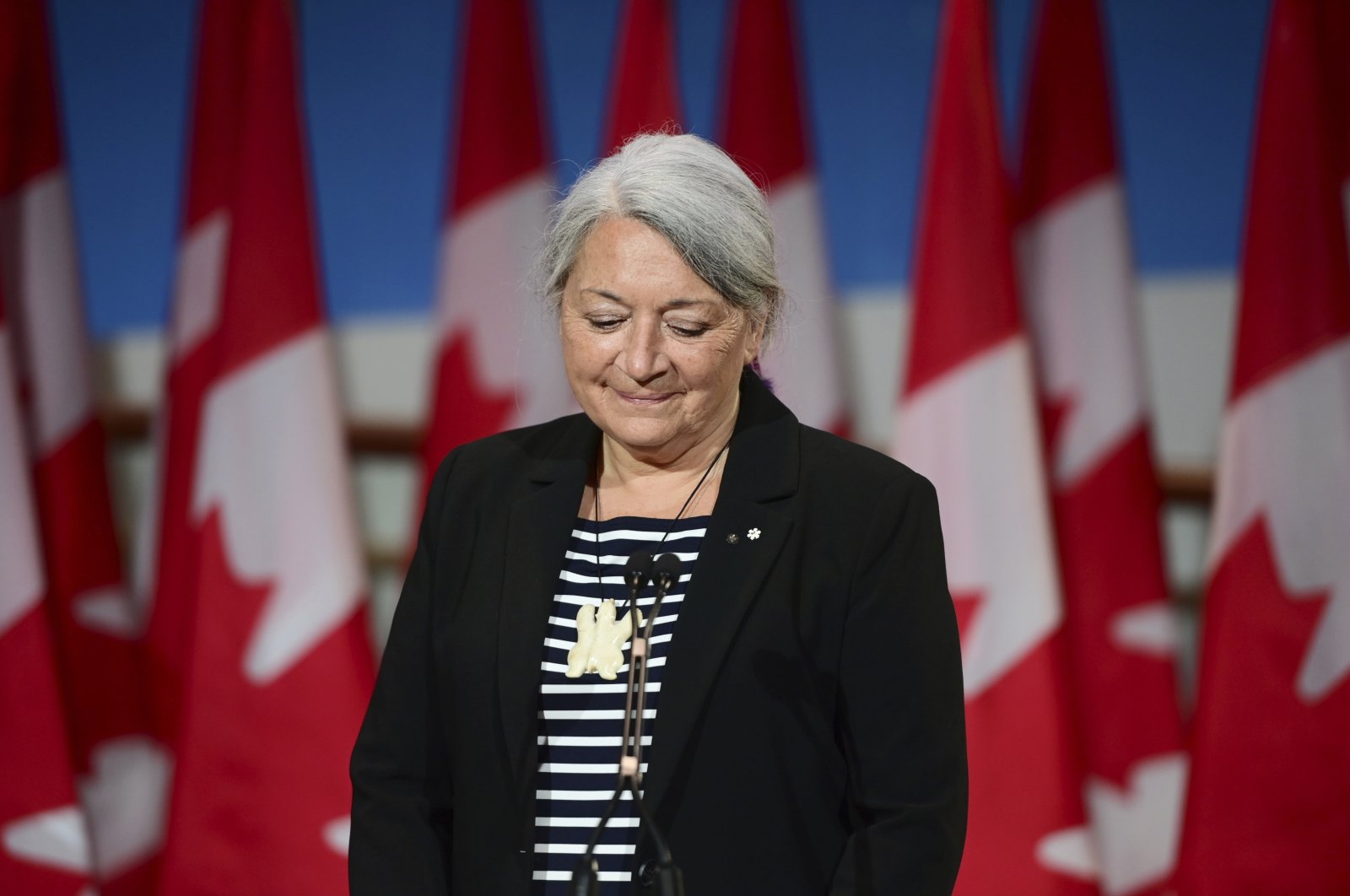 Mary Simon speaks during an announcement at the Canadian Museum of History in Gatineau, Quebec, Canada, July 6, 2021. (The Canadian Press via AP)
by ASSOCIATED PRESS Jul 06, 2021 8:49 pm
RECOMMENDED

In the wake of a scandal over Canada's history of mistreatment of Indigenous people, on Tuesday an Inuk leader who has served as a Canadian diplomat was named the country's first Indigenous governor general.

In naming the next governor general, Prime Minister Justin Trudeau said "it is only by building bridges” can the people of Canada move forward together.

"Mary Simon has done that throughout her life,” Trudeau said speaking at the Canadian Museum of History in Gatineau, Quebec.

“I know she will help continue paving that path ahead. And we will all be stronger for it. Today after 154 years, our country takes a historic step. I cannot think of a better person to meet the moment.″

He said Queen Elizabeth has approved the appointment of her representative in Canada.

The appointment follows the revelation that hundreds of unmarked graves of children have been found on the grounds of former residential schools across Canada – institutions to which Indigenous children were forcibly relocated for generations.

Simon was born in Kangiqsualujjuaq, in the Nunavik region of northern Quebec, and is the former president of Inuit Tapiriit Kanatami, a national advocacy organization.

Simon began her remarks by speaking in Inuktitut, and then in English thanked Trudeau for the “historic opportunity,″ saying she is ”honored, humbled and ready to be Canada’s first Indigenous governor general.″

Simon described her appointment as a "historic and inspirational moment for Canada, and a step forward on the long path towards reconciliation.”

Simon replaces Julie Payette, who resigned in January following a scathing independent report on the toxic work environment that had developed during her tenure.

A federal election is expected this fall. The prime minister would need to ask the governor general to dissolve Parliament to trigger an election.

The 73-year-old mother of three children was once a broadcaster for CBC North and later began her career as a public servant when she was elected secretary of the board of directors of the Northern Quebec Inuit Association.

Simon was one of the senior Inuit negotiators during the repatriation of the Canadian Constitution during First Ministers’ conferences that took place from 1982 to 1992, as well as during the 1992 Charlottetown Accord discussions.

In 1994, Prime Minister Jean Chretien appointed Simon as the first Canadian ambassador for circumpolar affairs. She took the lead role in negotiating the creation of an eight-country group known today as the Arctic Council.

Simon also served as Canadian ambassador to Denmark, was a member of the Joint Public Advisory Committee of the North American Free Trade Agreement Commission on Environmental Cooperation and was the Chancellor of Trent University.