Minneapolis to name stretch of street in honor of George Floyd 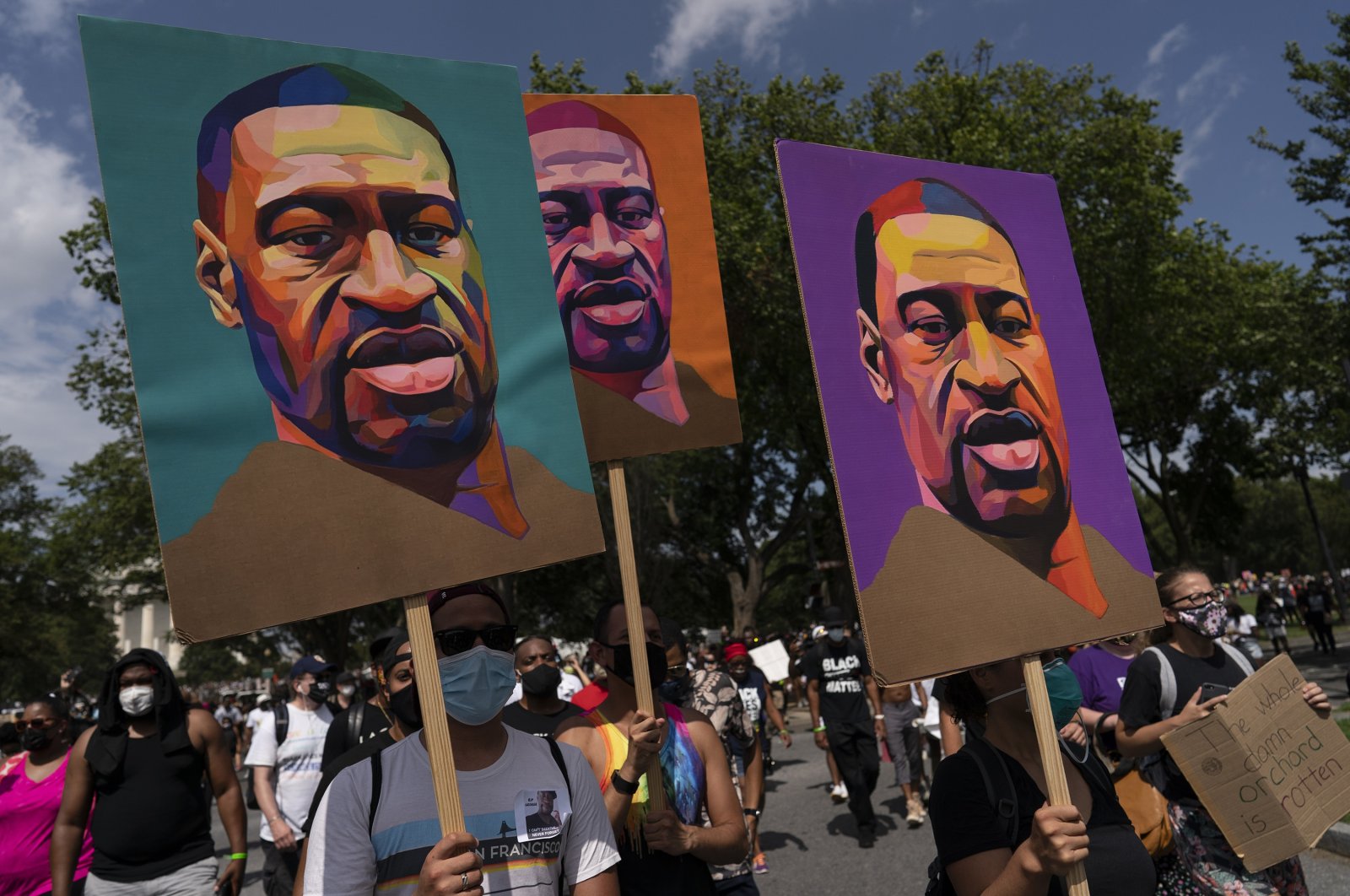 People carry posters of George Floyd as they march from the Lincoln Memorial to the Martin Luther King Jr. Memorial during the March on Washington, Friday Aug. 28, 2020, in Washington. (AP Photo)
by ASSOCIATED PRESS Sep 19, 2020 7:03 pm

A stretch of a Minneapolis street that includes the location where George Floyd was killed will soon be renamed in his honor.

Although the street will still be called Chicago Avenue, the city will refer to the blocks between 37th and 39th streets as George Perry Floyd Jr. Place, the Star Tribune reported.

The City Council approved the naming Friday, while Mayor Jacob Frey’s office said he would likely sign off on the decision as well.

Floyd, a black man who was killed while handcuffed on May 25 after Derek Chauvin, a white police officer, pressed his knee against Floyd’s neck despite pleas that he could not breathe. Floyd’s death was captured in a video that set off protests around the world.

Months after Floyd’s death, the intersection remains barricaded and now holds a memorial. A group of demonstrators has occupied the area, saying they will not leave until the city meets their demands, including funding for anti-racism training and a temporary property tax freeze for people within the zone.

The city had announced plans to reopen 38th Street this summer but backed off to avoid confrontation.

The city continues to work on a long-term plan for the intersection.