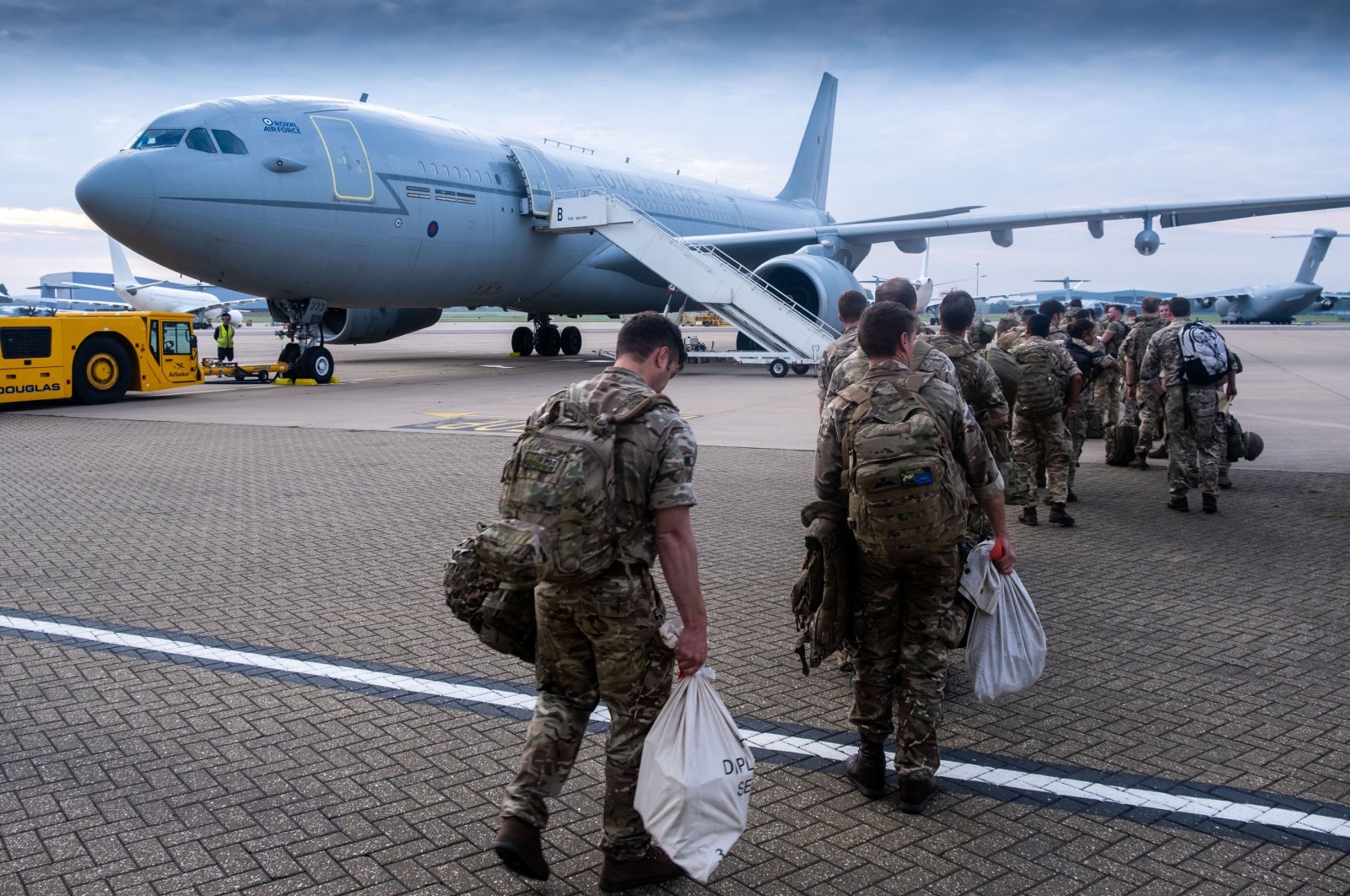 Members of Joint Forces Headquarters prepare for deployment to Afghanistan to assist in the drawdown from the area in this handout photo issued by the United Kingdom's Ministry of Defence, Aug. 13, 2021. (AP Photo)
by ASSOCIATED PRESS Oct 27, 2021 2:46 pm
RECOMMENDED

NATO’s security operation in Afghanistan became a victim of "mission creep" as the military organization allowed itself to be dragged into helping rebuild the impoverished, conflict-torn country, the official leading a process of drawing lessons from the mission said on Wednesday.

Assistant Secretary-General for Operations John Manza and NATO’s 30 deputy national envoys are compiling a report on almost two decades of work in Afghanistan.

They were tasked with the job after the Afghan president fled and the NATO-trained Afghan army collapsed when President Joe Biden announced that he was pulling U.S. troops out, paving the way for the Taliban to seize power.

Manza told European Union lawmakers that of the big lessons being discussed by his team – which also includes input from military and political experts, including from Afghanistan – "the most obvious one is mission creep.”

NATO took over the International Security Assistance Force (ISAF) in Afghanistan in 2003, almost two years after a U.S.-led coalition invaded the country to oust the Taliban for harboring Osama bin Laden, the deceased al-Qaida leader. Manza explained that it initially had around 5,000 troops based mostly in and around the capital Kabul, but that within three years its focus shifted to "tackling the root causes of terrorism” by helping to rebuild a landlocked country riven by ethnic and tribal divisions and with a poorly educated population.

NATO troop numbers increased to around 60,000 by 2006, with military-civilian teams spread around the largely lawless country trying to foster economic growth and better governance in almost every province.

"This really substantial increase did not have the desired effects,” Manza said. "The insurgency was still gaining strength. The nation was still suffering greatly from corruption and governmental performance was not improving.”

Manza said: "you have to ask, and we’ve been asking this a lot in the committee I chair, were these goals realistic that we had at the time?” He said that even though the international community did not appear to be achieving its goals, "our response to the poor progress ... was to do more.”

Under a "surge” ordered in 2009 by then U.S. President Barack Obama, NATO troops numbers climbed even more, to over 100,000 while international aid to Afghanistan was substantially increased. The excess aid money began fueling already rampant corruption.

"Now looking back, it was clear that this massive effort could not be sustained over a long period of time, so these were transient efforts in the various provinces,” Manza said. Manza shared initial findings of his committee’s work with NATO defense ministers last week. He is due to submit his final report to the alliance’s foreign ministers when they meet on Nov. 30-Dec. 1.