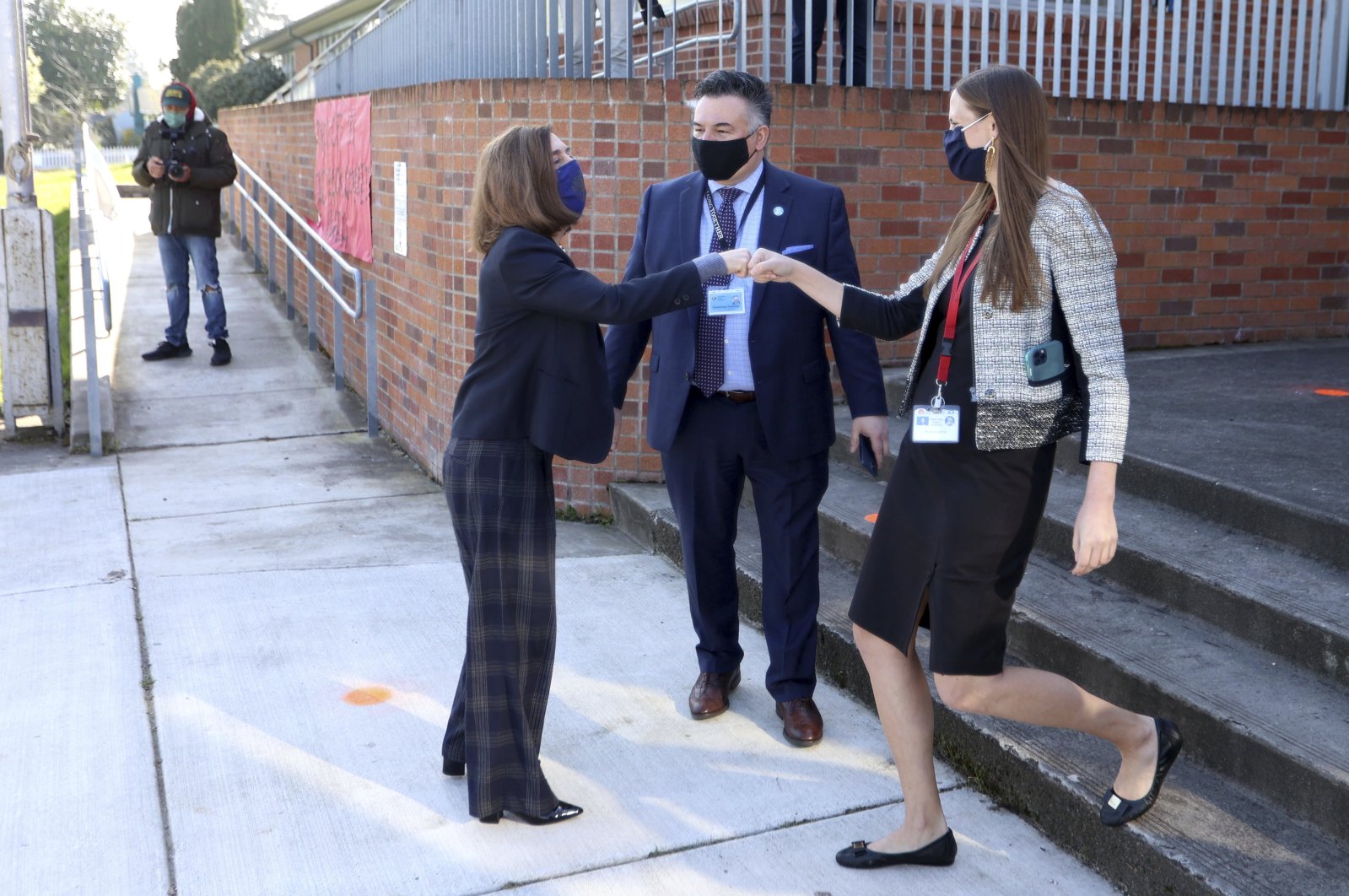 With its strict measures set to expire, Oregon may make COVID-19 rules such as the wearing of masks and social distancing permanent, a decision that is dividing citizens and politicians.

A top health official is considering indefinitely extending rules requiring masks and social distancing in all businesses in the state.

The proposal would keep the rules in place until they are "no longer necessary to address the effects of the pandemic in the workplace.”

Michael Wood, administrator of the state’s Department of Occupational Safety and Health, said the move is necessary to address a technicality in state law that requires a "permanent” rule to keep current restrictions from expiring.

But the idea has prompted a flood of angry responses, with everyone from parents to teachers to business owners and employees crying about government overreach, especially since the Centers for Disease Control and Prevention announced fully vaccinated people can gather without masks.

Wood’s agency received a record number of public comments, mostly critical, and nearly 60,000 residents signed a petition against the proposal.

Opponents also are upset government officials won’t say how low Oregon's COVID-19 case numbers must go, or how many people would have to be vaccinated, to get the requirements lifted in a state that’s already had some of the nation’s strictest safety measures.

"When will masks be unnecessary? What scientific studies do these mandates rely on, particularly now that the vaccine is days away from being available to everyone?” said state Sen. Kim Thatcher, a Republican from Keizer, near the state’s capital. "Businesses have had to play ‘mask cop’ for the better part of a year now. They deserve some certainty on when they will no longer be threatened with fines.”

Wood said he is reviewing all the feedback to see if changes are needed before he makes a final decision by May 4, when the current rules lapse.

Oregon, a blue state, has been among those with the country’s most stringent COVID-19 restrictions and now stands in contrast with much of the rest of the nation as vaccines become more widely available.

In January, Virginia became the first in the nation to enact permanent COVID-19 workplace safety and health rules.

"While the end of this pandemic is finally in sight, the virus is still spreading – and now is not the time to let up on preventative measures,” Democratic Virginia Gov. Ralph Northam said following the announcement. Only two weeks ago, Rochelle Walensky, head of the U.S. Centers for Disease Control, said there was "impending doom" from the U.S.' rise in COVID-19 cases.

It dovetails with separate actions issued by Democratic Oregon Gov. Kate Brown, using a state of emergency declaration, requiring masks in public statewide – and even outside when 6 feet (1.83 meters) of distance can’t be maintained – and providing strict, county-by-county thresholds for business closures or reductions in capacity when case numbers rise above certain levels.

More than a third of Oregon’s counties are currently limited to indoor social gatherings of six people, and the maximum occupancy for indoor dining, indoor entertainment and gyms is 25% capacity or 50 people, whichever is less. And many schools are just now reopening after a year of online learning.

The workplace rule is "driven by the pandemic, and it will be repealed,” Wood said.

"But, it might not need to go away at exactly the same time the State of Emergency is lifted,” he said, referring to Brown’s executive orders.

Amid pandemic frustration and deprivation, the issue has gained a lot of attention. A petition on change.org opposing the rule gained nearly 60,000 signatures and spread on social media, drawing even more interest to the proposal. More than 5,000 public comments were sent to the agency, smashing its previous record of 1,100.

Justin Spaulding, a doctor at the Cataract & Laser Institute of Southern Oregon, is among those who raised concerns about the proposal in public comments.

"I do not understand these new guidelines for business. If we put these into effect we will only continue to blunt the recent drop in business,” he wrote. "We have a large subset of patients that are unwilling (or) hostile with the current guidelines, and making them permanent will only make it worse.”

In the U.S., the biggest victims of COVID-19 restrictions' economic fallout have been kids and older adults.

For Thatcher, the GOP state lawmaker, the most concerning part is "OSHA’s lack of clarity” on when the rules will be lifted.

Officials said they have every intent to repeal the rule, and that decision will be made based on a complex mix of factors, including case counts, vaccination rates, case severity and advice from the Oregon Health Authority.

"It will be a complicated assessment when we do it, and I would say it is impossibly complicated to do in advance,” Wood said.