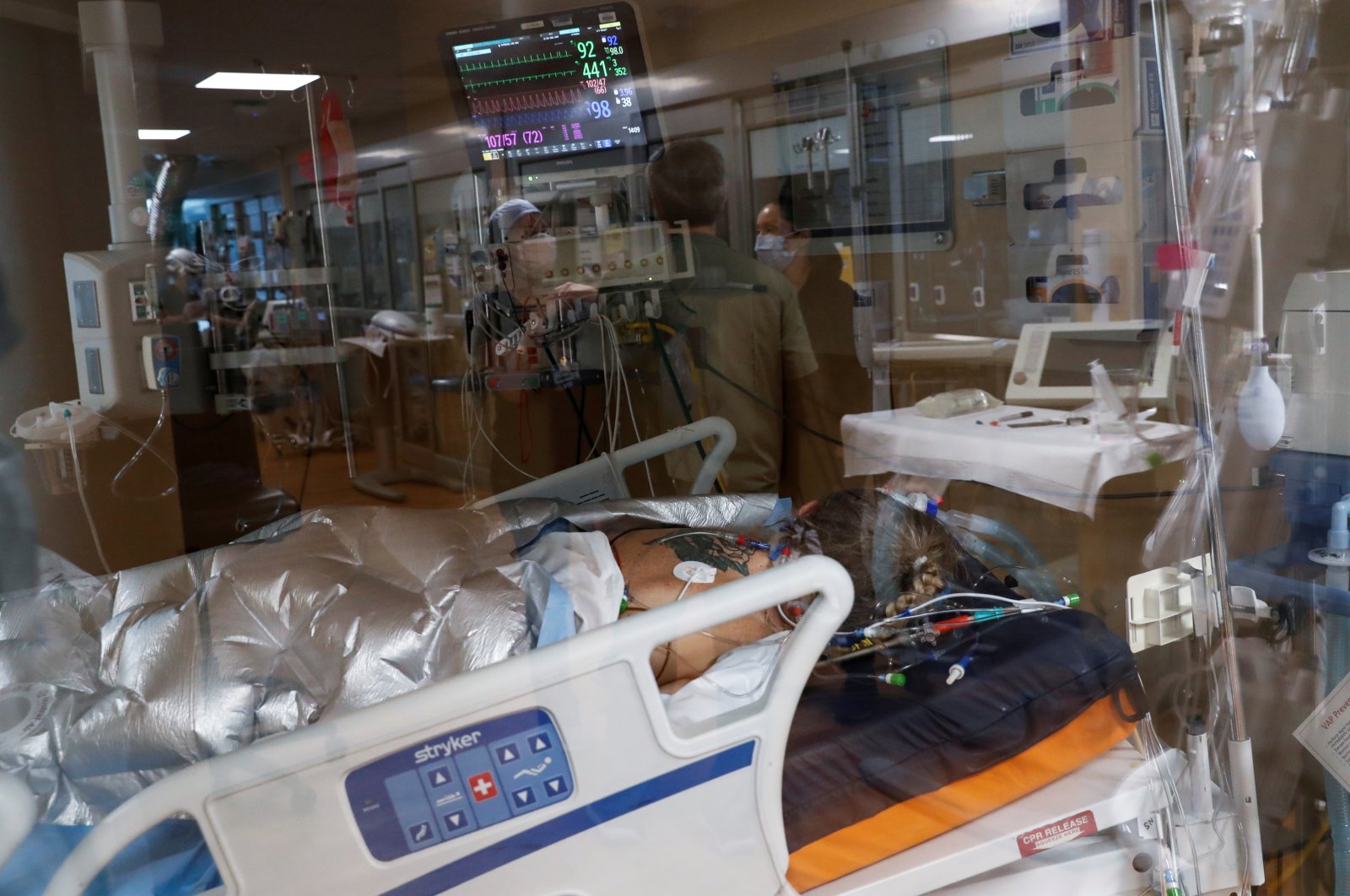 U.S. President Joe Biden urged states to pause reopening efforts and a top health official warned of "impending doom" on Monday, amid a surge in COVID-19 cases that threaten efforts to quash the coronavirus pandemic.

Biden said 90% of U.S. adults would be eligible for vaccination by April 19 and 90% of Americans would have a vaccination center within 5 miles (8 kilometers) of their homes by then, as his team ramps up its drive to get vaccine shots in people's arms. But the administration issued a stark warning: cases are rising, hospitalizations are increasing, and deaths are multiplying from the disease that has already killed roughly 550,000 people in the United States.

"I'm reiterating my call for every governor, mayor and local leader to maintain and reinstate the mask mandate," Biden said. "We still are in a war with this deadly virus. And we're bolstering our defenses, but this war's far from won."

Some parts of the U.S. have done away with mask mandates and other COVID-19 restrictions altogether and Americans have gotten out to travel more as pandemic fatigue takes hold. Those relaxations come as thousands still die from the disease every week.

U.S. officials are concerned that a fourth major surge of cases could be on its way. Dr. Rochelle Walensky, head of the U.S. Centers for Disease Control and Prevention (CDC), with emotion in her voice, urged public officials and others to spread the word about the seriousness of the situation. The U.S. surpassed 30 million total cases of COVID-19 on Sunday and the seven-day average of new cases was slightly less than 60,000 per day, she said.

That represents a 10% increase compared with the prior seven-day period. "I'm going to lose the script and I'm going to reflect on the recurring feeling I have of impending doom," Walensky told a briefing with reporters. "Right now I'm scared."

Officials cited states opening up their economies and loosening pandemic restrictions prematurely, along with an increase in travel, as reasons for the uptick. Fast reopening states, such as Texas and Florida, have seen higher-risk behaviors, like in-person dining, rise to near-2019 levels.

The Texas Rangers baseball team is allowing full capacity at its 40,000-seat stadium in April. Walensky said the trajectory of the pandemic in the U.S. looked similar to countries in Europe, such as Germany, Italy and France, which have experienced a recent spike in cases.

"We do not have the luxury of inaction. For... the health of our country, we must work together now to prevent a fourth surge," she said. Biden has set a goal of getting 200 million vaccine shots in people's arms in his first 100 days in office, and vaccinations are increasing across the country.

The White House said the administration would increase the number of pharmacies giving vaccines to nearly 40,000 from 17,000 nationwide and establish additional mass vaccination sites by April 19. Evercore ISI analyst Michael Newshel said in a research note that expansion could lead to an additional 2 million doses of vaccine administered per day as supplies ramp up.

"Hang in there," said infectious disease expert Dr. Anthony Fauci about maintaining protective measures. "It will be a race between the vaccine and what's going on with the dynamics of the outbreak, and we can win this by just hanging in there a bit longer."

The administration officials discouraged nonessential travel and encouraged continued mask-wearing and keeping social distance to stop the spread of the virus and its dangerous variants.

Asked about Biden's own travel for business and personal reasons, White House spokesperson Jen Psaki said he flew on Air Force One, which she noted was not the same as commercial travel. Biden, who has been vaccinated, has been returning to his home state of Delaware or to the presidential retreat Camp David on weekends and visiting other states for business trips during his first two months in office.

The White House said it expected the private sector to take the lead on the verification of COVID-19 vaccinations or so-called vaccine passports and would not issue a federal mandate requiring everyone to obtain a single vaccination credential.

The Biden administration was currently reviewing the issue and would make recommendations, Psaki told reporters, adding, "We believe it will be driven by the private sector."