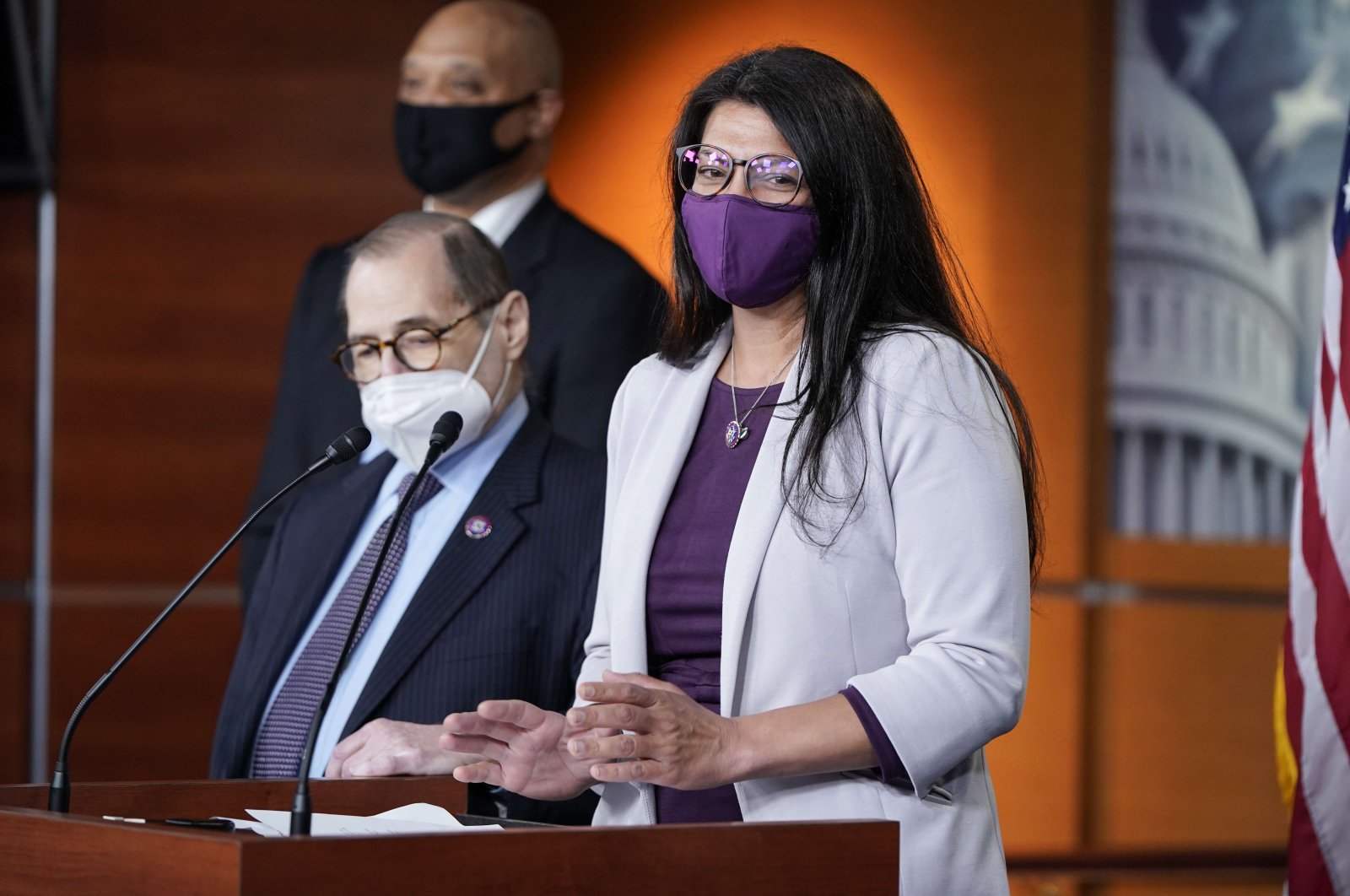 United States congresswoman Rashida Tlaib said Monday that the Palestinians are in the midst of a "foundational moment" in their history amid escalating unrest in East Jerusalem that dangerously began with Israeli police attacks on worshippers at Al-Aqsa Mosque, Islam's third most holiest site.

"As we come together at this very moment we are seeing the Palestinian Nakba continue as we watch Palestinians in Jerusalem being physically removed from their homes under Israel's current leader, Netanyahu, as his racist and violent agenda continues," Tlaib said referring to Israeli Premier Benjamin Netanyahu during a Middle East Institute think tank panel.

"This is a foundational moment for the Palestinians, and so many that are so interconnected to that form of oppression," the Palestinian-American lawmaker said.

US backing for Israel, including some $3.8 billion in annual military aid, has enabled an ongoing "erasure" of Palestinians, said Tlaib.

"We must with no hesitation, demand that our country recognize that unconditional support of Israel has enabled this erasure of Palestinian life, and the denial of the rights of millions of refugees, and emboldens the apartheid policies" documented last week by Human Rights Watch, she concluded.

At least 305 people were injured as Israeli police Monday stormed Al-Aqsa Mosque in occupied East Jerusalem and attacked Palestinians who were on guard to prevent possible raids by far-right Jewish Israelis, according to the Palestinian Red Crescent. Al-Aqsa is the third holiest mosque in Islam.

Tensions have been on the rise in East Jerusalem amid planned evictions of dozens of Palestinians from the Sheikh Jarrah neighborhood, which is located just north of the Old City. Palestinians protesting in solidarity with the residents of Sheikh Jarrah have been targeted by Israeli forces and settler groups.

Israel occupied East Jerusalem during the 1967 Arab-Israeli war and annexed the entire city in 1980-a move that has never been recognized by the international community.