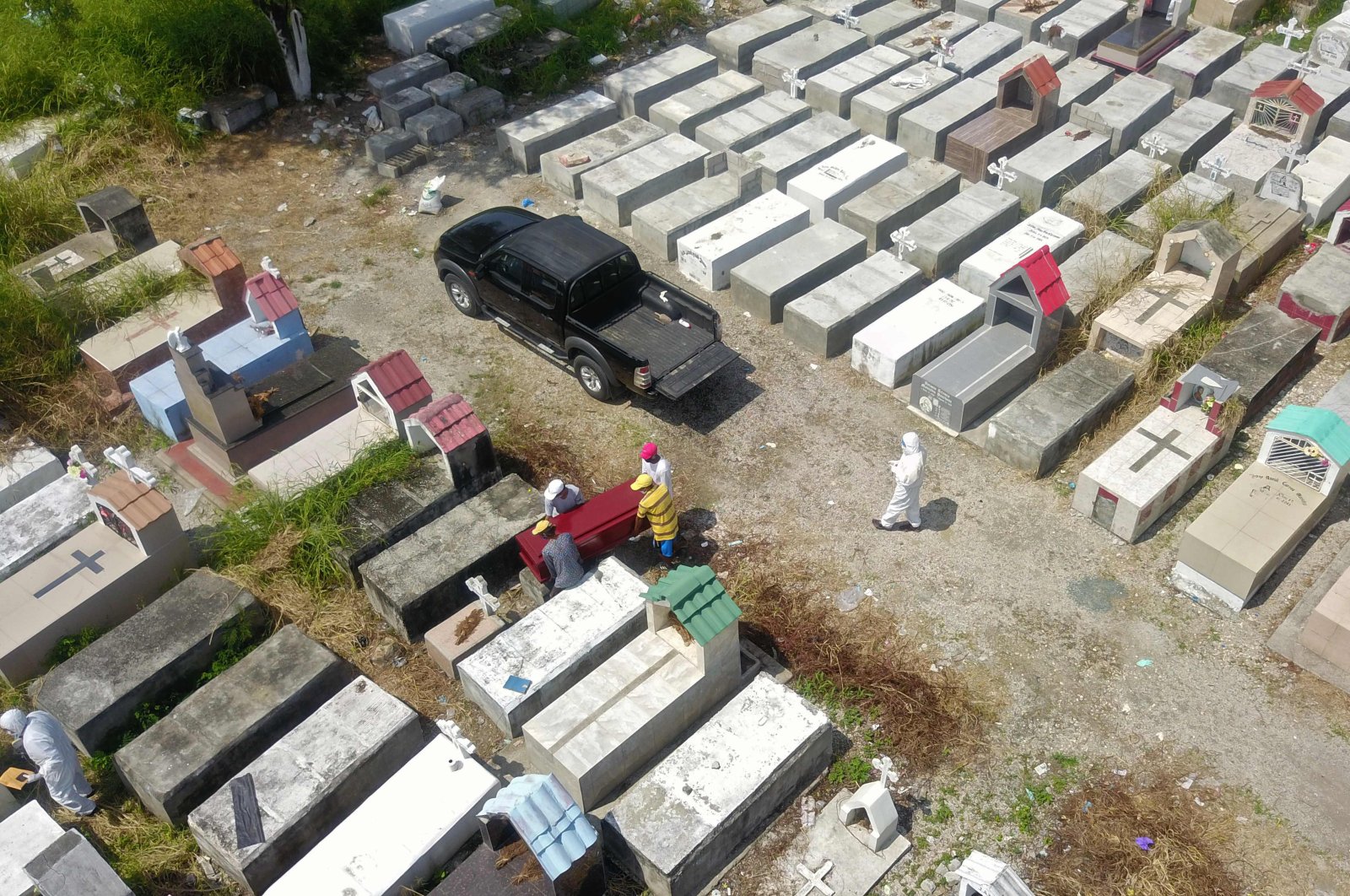 An aerial view of workers burying a coffin at Maria Canals cemetery in the outskirts of Guayaquil, Ecuador, April 12, 2020. (AFP Photo)
by French Press Agency - AFP Apr 13, 2020 10:09 am
RECOMMENDED

Police in Ecuador in recent weeks have removed almost 800 bodies from homes in Guayaquil, the epicenter of the country's coronavirus outbreak, after the disease overwhelmed emergency services, hospitals and funeral parlors.

Mortuary workers in the Pacific port city have been unable to cope with a backlog, with residents posting videos on social media showing abandoned bodies in the streets.

"The number we have collected with the task force from people's homes exceeded 700 people," said Jorge Wated, who leads a team of police and military personnel created by the government to help with the chaos unleashed by COVID-19.

He later said Sunday on Twitter that the joint task force, in operation for the past three weeks, had retrieved 771 bodies from homes and another 631 from hospitals, whose morgues are full.

Wated did not specify the cause of death for the victims, 600 of whom have now been buried by the authorities.

Ecuador has recorded 7,500 cases of the coronavirus since the first diagnosis was confirmed on Feb. 29.

The coastal province of Guayas accounts for over 70% of those infected in the country, with 4,000 cases in the capital Guayaquil, according to the national government.

The military and police began removing bodies from homes three weeks after the mortuary system in Guayaquil collapsed, causing delays in forensic services and funeral homes under a 15-hour daily curfew.

Guayaquil residents posted videos on social media of bodies abandoned in the streets, along with messages asking for help to bury their family members.

The Ecuadorian government has taken on the task of burying bodies, given the inability of relatives to do so for various reasons, including financial ones.

In early April, Wated said, "Medical experts, unfortunately ... estimate that COVID-19-related deaths in these months will reach between 2,500 and 3,500, just in the province of Guayas."